A woman with a 14-year gambling addiction is taking on Crown Casino and poker machine-maker Aristocrat Technologies in a landmark trial, over a game she argues is misleading and deceptive.

On Tuesday in the Federal Court in Melbourne former addict Shonica Guy alleged the design of the Dolphin Treasure machine gives players an unrealistic expectation of winning.

"For too long now we've been told that it is our fault and we are the only ones to blame for pokie addiction," she said.

"I want this case to show that the machines are misleading and the industry knows that their machines are addictive." 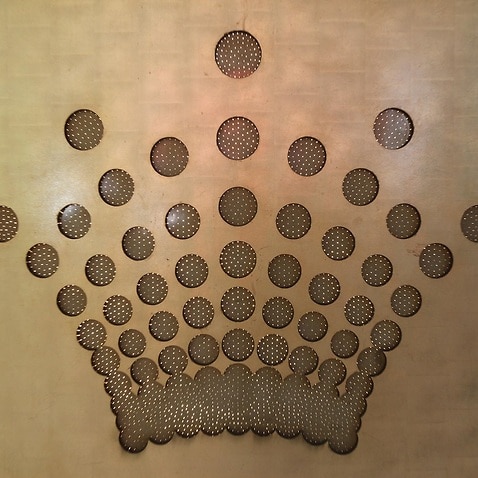 Ms Guy wants the court to declare the machines misleading and that Crown and Aristocrat acted unconscionably.

She also wants Crown banned from operating Dolphin Treasure or any machine with a similar configuration and Aristocrat banned from supplying the machine or anything similar to any Australian gaming venue.

Crown - which houses 38 of the Dolphin machines - and Aristocrat reject the claims.

Ms Guy alleges the machines are misleading because its lights and sounds make you think you've won when you've actually lost.

Further, the chance of winning in any one spin bears no resemblance to the 87 per cent the machine says it returns to the player.

Mr Young said Crown was "entirely reliant" on the approval and had no access to the machine software nor was it in a position to change its configuration.

Ms Guy's lawyer Jennifer Kanis said the case is the first of its kind in Australia looking at how machine design leads to players being deliberately deceived on their chances of winning.

She said they are not seeking monetary damages, but a fairer and more transparent industry that "doesn't take advantage of vulnerable players".

Gaming Technologies Association CEO Ross Ferrar said the industry stood by the integrity of its products.

"They're heavily legislated and regulated and they comply with national standards," he told reporters.

Aristocrat is yet to address the court.

The trial before Justice Debbie Mortimer is continuing.