Scott Morrison has announced an investigation into the culture in Parliament House, but Ms Higgins says it shouldn't have taken so long. 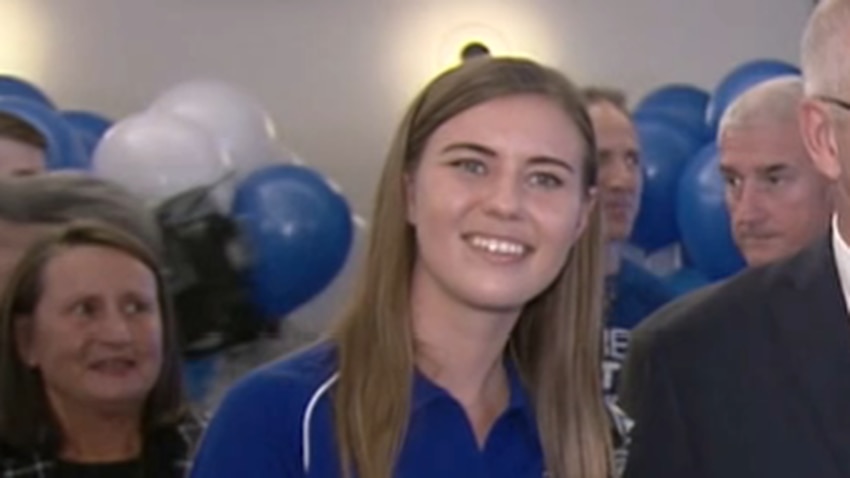 A file photo Brittany Higgins in the lead up to the 2019 federal election. Source: SBS News

Ms Higgins says she she felt “dismissed” in the aftermath of an alleged rape by a male colleague inside a ministerial office in March 2019.

Mr Morrison on Tuesday apologised to Ms Higgins for what she experienced following the alleged incident and conceded the government had mishandled its response.

He also announced a review into the way ministers and staff are held to account over claims of harassment inside parliament.

Ms Higgins said Mr Morrison's promise to conduct the investigation into the workplace culture at Parliament House was a "welcomed first-step" but "long overdue".

"It should not have taken my story, or the story of other victim-survivors to air on national television for the Prime Minister - or any member of parliament - to take action," she said in a statement on Tuesday afternoon.

"Everyone should feel safe to report sexual assault without fear of losing their job. These incidents shouldn't have to play out in the media for change to happen."

She thanked Mr Morrison for his apology, but added that "there needs to be an independent reporting mechanism for staff where they can confidently and safely make complaints - similar to processes in many other workplaces in Australia and abroad".

Mr Morrison earlier on Tuesday spoke of his distress at hearing Ms Higgins' account of the alleged incident, describing it as a "wake up call".

"It shatters me that still, in this day and age, a young woman can find herself in the vulnerable situation that she was in," he told reporters.

Mr Morrison added his response had been prompted by a discussion with his wife Jenny and considering how as a father he would want his daughters to be treated.

“I want to make sure any young woman working in this place is as safe as possible, as I would want for my own daughters,” he said.

He has also tasked his department’s deputy secretary Stephanie Foster to lead a review of how the complaints process is conducted.

An automatic reporting obligation to department officials is also to be established under the plan.

“We cannot ignore the importance of the issue of agency of women in these situations," Mr Morrison said.

"They need the power in these situations to make the decisions that are best for them,” he said. “And we clearly need to do better about that."

The alleged rape - which occurred when Ms Higgins was aged 24 and working for then-defence industry Minister Linda Reynolds - has put renewed attention on the treatment of women inside Parliament House.

Mr Morrison said on Tuesday he only heard about the alleged sexual assault on Monday, prompting questions over why he was not aware of the incident that occurred two years ago sooner.

"I'mnothappy about the fact it was not brought to my attention," he said.

Labor leader Anthony Albanese later asked Mr Morrison during Question Time if it was acceptable that Senator Reynolds was aware of a "reported serious crime" in her office but did not inform him.

"It is not and it shouldn't happen again," the Prime Minister replied.

Ms Higgins has also shared her distress at being summoned to a meeting with Senator Reynolds in the days following the alleged incident in the same room it allegedly occurred.

"I unreservedly apologise to Brittany Higgins," she said.

"I deeply, deeply regret conducting the meeting in my office where the alleged incident had occurred - it is now clear that this also caused ongoing distress to Brittany herself."

Ms Higgins has said she was contacted by a senior member of Mr Morrison's staff earlier this year after similar issues were raised in a Four Corners report.

But Mr Morrison has disputed this version of events.

"That is not the recollection of the records of my staff on that matter - it's just not - so I can't really speak more to it than that," he said.

SBS News understands Ms Higgins - who has since resigned from her job - now plans to pursue the police investigation into the alleged rape.

"Nothing was done then – and nothing is being done now," she said.

"We need to get the story straight from this minister - she needs to stop avoiding answers - hiding behind investigations and take responsibility for what happened to Ms Higgins."