Lady Flo Bjelke-Petersen has been remembered as a trailblazer who was much more than a premier's wife and an expert baker of pumpkin scones.

The former senator and wife of long-serving Queensland premier Sir Joh Bjelke-Petersen died on Wednesday after a short illness, aged 97.

A National party senator from 1981 to 1993, Lady Bjelke Petersen died at an aged care facility in Kingaroy, not far from the peanut farm she shared with Sir Joh since their 1952 marriage.

She was surrounded by family and loved ones, including her sister Margaret Gilmour and son John.

John was spending the night with his extended family and said he would speak to media on Thursday. 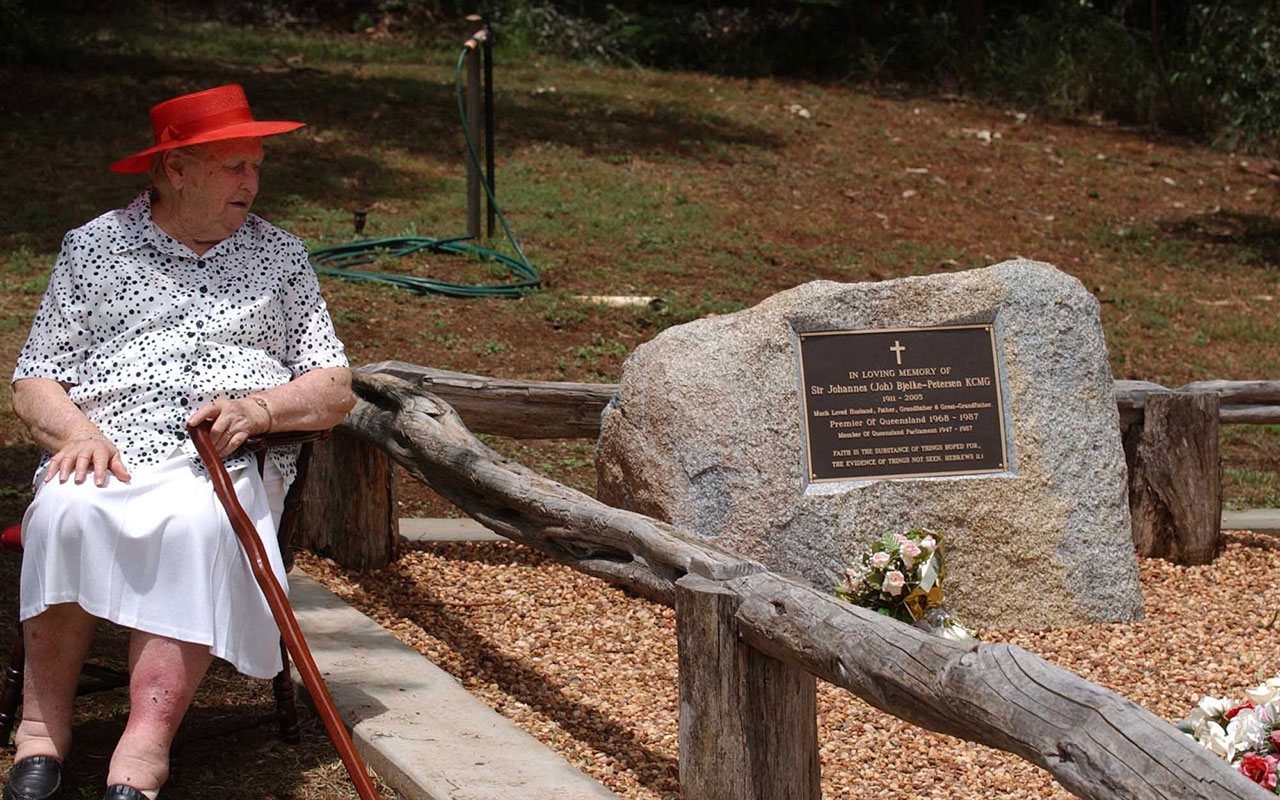 Federal Maranoa MP David Littleproud, whose electorate encompasses Kingaroy, said he wouldn't be where he was today were it not for the Bjelke-Petersens.

"My family and I joined the Nationals because of Sir Joh and Lady Flo's dedication to Queensland," he said in a statement.

"Their values, belief in reward for effort and commitment to community personified what being a Queenslander truly means."

After her long life of public service we say thanks to Lady Flo. Rest In peace. Joh and Flo devoted their lives to Queensland and its success and dynamism owes so much to their vision and leadership.

Mr Littleproud said the state had lost a trailblazer, but Lady Bjelke-Petersen was a strong force who would never be forgotten.

As well as a loyal and constant support for Sir Joh as premier, Lady Bjelke-Petersen was a politician in her own right, elected to the senate in 1981 and served in Canberra until her retirement at age 72 in 1993.

She became deputy National Party leader in the upper house and an acting chair of committees and was regarded as an effective vote-gatherer in Queensland. 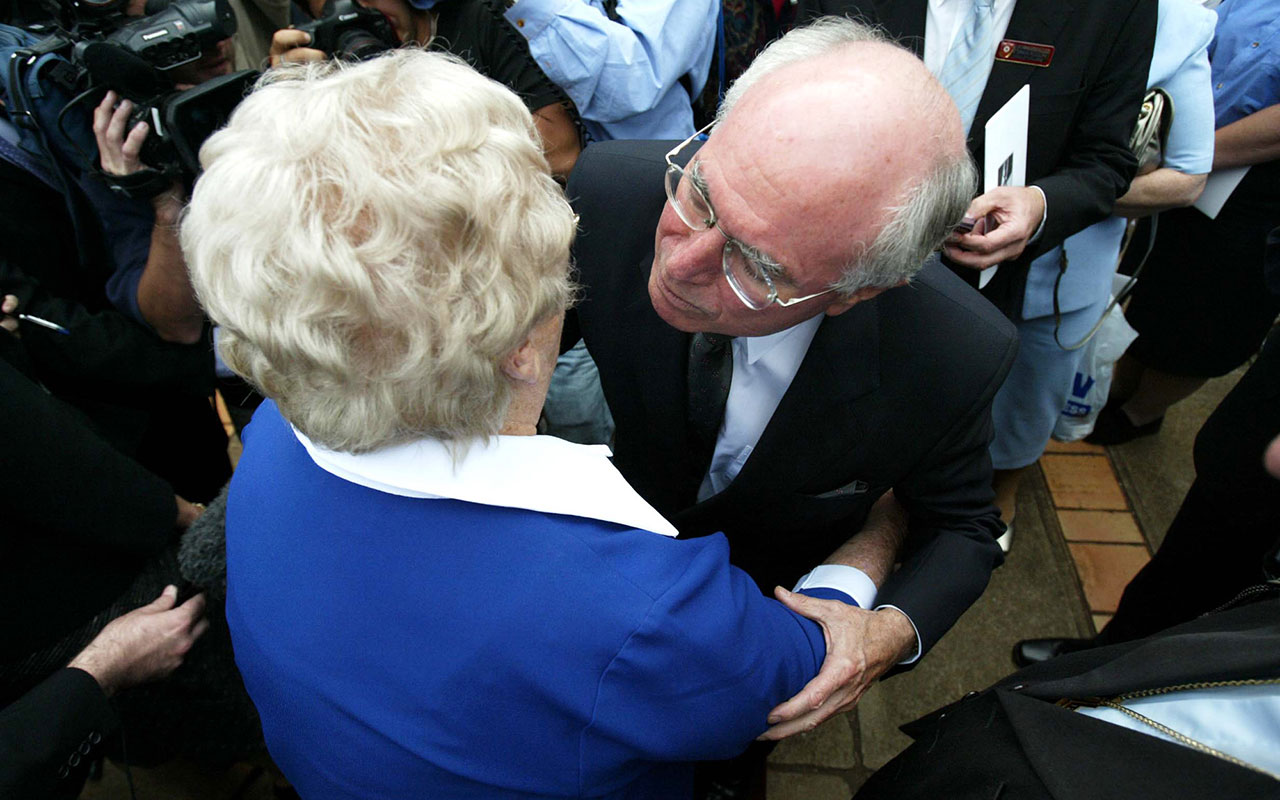 And she stood by her husband as his record breaking 19-year reign as premier ended in 1987 after the Fitzgerald inquiry started unearthing evidence of widespread corruption in his government and the police.

In an interview published by the Courier-Mail on December 1, Lady Bjelke-Petersen said she had two final wishes.

One was to receive a letter from the Queen if she turned 100.

The other was to see her husband's reputation restored.

Lady Bjelke-Petersen said she believed he was an honest man who was dumped by his party after he became caught up in political corruption scandals that were not of his own doing.

"I often ask myself: why did they get rid of him?" she said.

"Queensland was doing very well. It seemed strange to me."

"She led a very full and successful life and was so-loved for her kindness, her genuine concern and care for others, her common sense and down-to-earth approach to life," she said in a statement.

"Rest-in-peace Lady Flo. You were a rock of our community and will be sadly missed and lovingly remembered.

"I will always cherish your support and guidance."

Rest In Peace Lady Flo. You were a rock of our community and will be sadly missed & lovingly remembered. I will always cherish your support & guidance.

She was also renowned for her home cooking, especially her famed pumpkin scones, and even published a cookbook "Classic Country Collection".

Queensland Labor Premier Annastacia Palaszczuk said she brought her passions for cooking and faith "to the fore" during her husband's 40-year service as an MP.

Lutheran Services said Lady Bjelke-Petersen would be missed by staff and residents at the Orana Aged Care Service, where she had lived since August 2014.

Funeral arrangements are yet to be announced but LNP MP David Crisafulli tweeted that a "state funeral would be fitting".