Four men are fighting for life as the Queensland government considers convening a board of inquiry into an underground explosion at a coalmine.

A board of inquiry may be convened after a gas explosion at an underground Queensland coal mine left four men fighting for life.

Five miners, aged in their 40s and 50s, suffered extensive burns to their upper bodies and airways on Wednesday, following the blast at Anglo American's Grosvenor Coal Mine at Moranbah.

Four of the men remain in a critical condition in the Royal Brisbane and Women's Hospital, while the fifth is listed as stable. 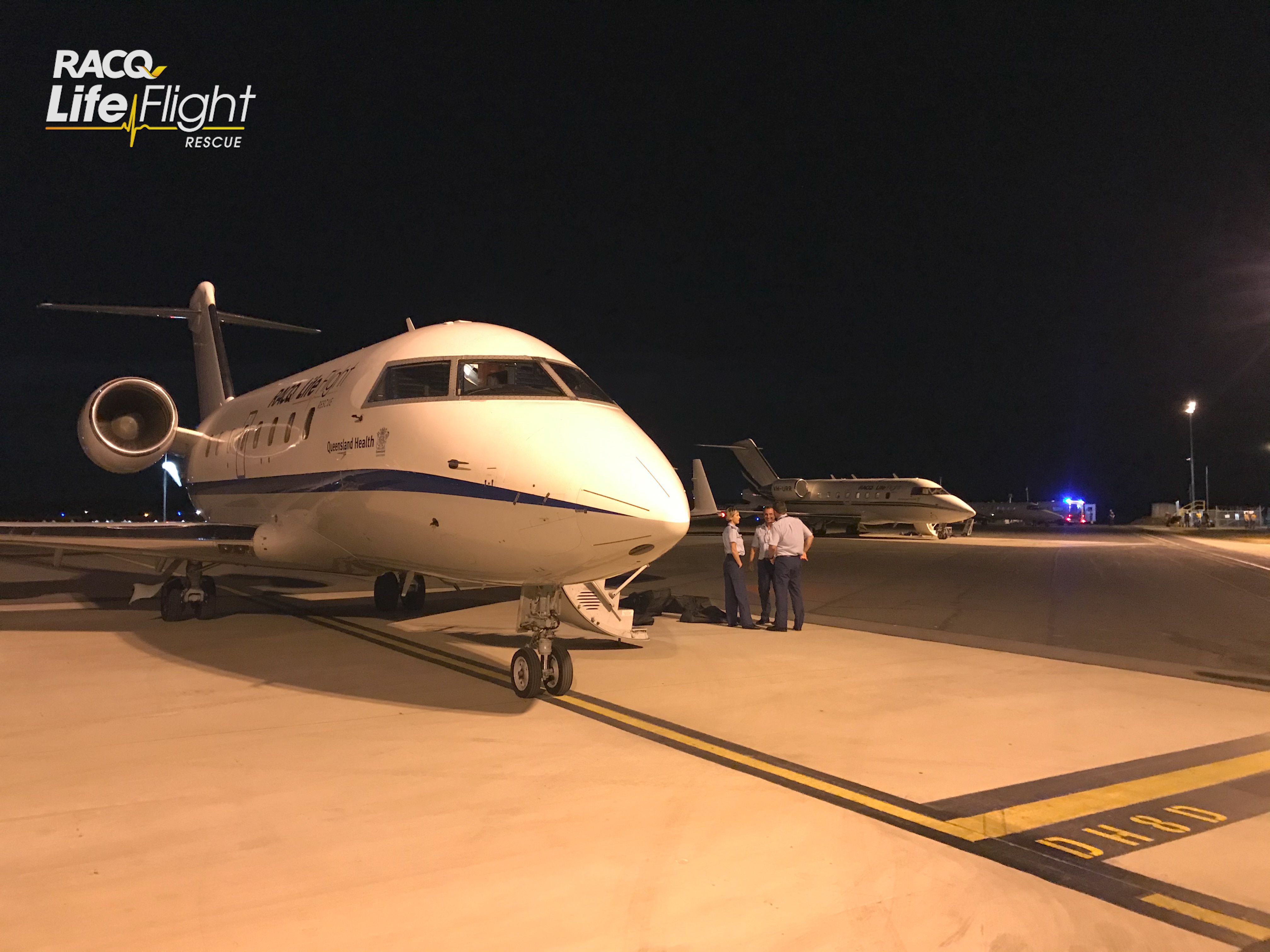 A gas blast is being blamed for an underground explosion that's left four coal miners fighting for life and a fifth seriously injured.
RACQ LIFEFLIGHT RESCUE

The state government is considering establishing a board of inquiry, with public hearings, to determine how the incident occurred.

CFMEU boss Steve Smyth said it was sheer luck the gas explosion wasn't as devastating as the 2010 Pike River Mine disaster in New Zealand, which killed 29 men in a series of blasts.

"Gas ignition is usually like lighting your barbeque - you light it and it goes poof. But this was like the whole barbeque exploding," he told AAP on Thursday.

"People might say we are making more of this than what it is, but this was very, very serious, as shown by the injuries of those five men." 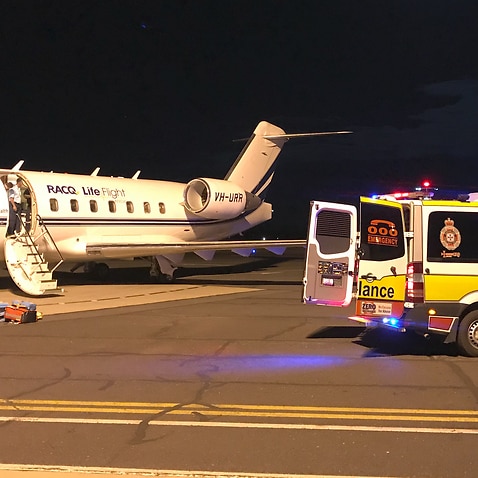 Mr Smyth said employees had previously raised numerous concerns about the amount of gas and other work practices at the mine.

"My understanding of the concerns is that they have been raised sometimes on a shiftly, daily basis," he said.

Inspectors are waiting to enter the mine, which will remain closed until gas levels stabilise.

The Moranbah incident comes months after a report found Queensland's mining sector was in the grips of a death cycle, with more lives at risk without a safety overhaul.

The report reviewed the 47 deaths in the state's mines and quarries from 2000 to 2019 and made a series of recommendations after finding most of the deaths were entirely preventable.

A GoFundMe page has been set up by Robin Buchanan, a colleague of the injured miners, and $25,000 has so far been raised to help the workers and their families.

"This accident has shocked us all, and this is the least we can do to assist their families," the page read.