Four months ago Way Nah Mu worked as a crew member on a cruise ship in Myanmar’s burgeoning tourism industry. According to the Assistance Association for Political Prisoners, which tracks the military’s crackdown on protestors, at least 857 civilians have been killed since the coup. Thousands more have been detained.

For Way Nah Mu, seeing the military fire indiscriminately into houses in major cities, including Yangon, turned him from a peaceful protestor to an armed rebel.

“If we have enough guns or enough weapons of course why we cannot shoot them back? If they shoot us of course we must protect ourselves. So we have to fight back.” Way Nah Mu is one of thousands of volunteers from the CDM movement who have put down the placards and are picking up guns to resist Myanmar’s military regime.

It's estimated that thousands are being trained in Karen State alone. He left his family in a major city - which SBS has decided not to publish in order to protect them from reprisals, and had been regularly joining mass protests.

“I am worried for my family, for me it’s okay as I am already here but I worry about them because they are living in the city,” he said.

Last month, units from the Karen National Liberation Army, a group that incorporates the KNDO, captured a Myanmar military base after heavy fighting.

As many as 200 government soldiers have been killed in fighting in Karen State.

But the Myanmar Military is fighting back, conducting 13 airstrikes in Karen State alone since the coup and killing at least 18 people according to the independent watchdog the Karen Human Rights Group (KHRG).

Tens of thousands of civilians – by some estimates as many as 70,000, have been forced to flee fighting in Karen territory.

He told SBS that ethnic armed groups opposed to the military wanted to work alongside Myanmar’s CDM movement to resist the regime and bring the country’s democratically-elected government back into power. “After the military coup in Burma many students and many young people fled for their lives and they reached our areas. So we are doing our best to protect them and they want basic training so they can defend themselves and go back and defend their people,” he said.

The general said more than 500 CDM volunteers were being trained directly under his command, and would be sent back to major cities to act as protection for protestors.

“The main objective is to unify all our strength together and fight together to get rid of the military regime as soon as possible,” he said.

“The CDM volunteers told us they cannot stay in their homes anymore, people are dying, relatives are dying, and at night time the military search their houses and there’s no safety for people,” he said.

“So we give them basic combat knowledge so they can go back and will know how to protect themselves when they get weapons from the enemy.”

The volunteers are being trained in firearms as well as general combat training.
Supplied

“The military has told its forces on the streets that it can shoot to kill, and they don’t hesitate to do so, authority has been granted to treat protestors on the streets as enemy combatants,” he told SBS.

“The Myanmar shoots to kill protestors on the streets, it’s like a nightmare that many people had believed was banished from modern Myanmar, has returned with a vengeance.”

Mr Robertson said the National Unity Government was clearly moving towards forming its own armed resistance forces in the face of the military regime’s violent crackdowns. 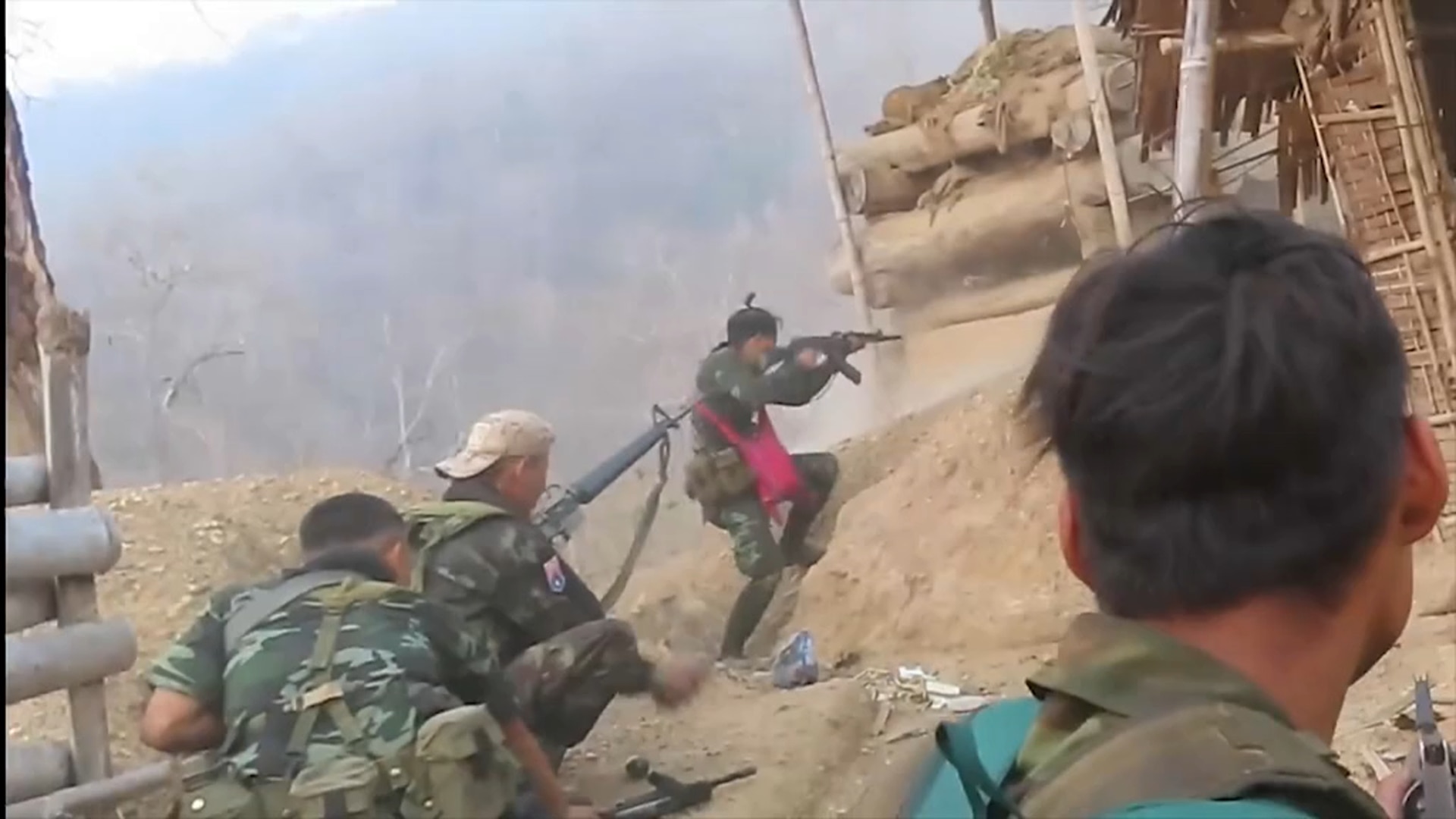 “It is quite clear the National Unity Government has endorsed a principle of self defence and this [armed training] has come about because of a failure by the international community to intervene in Myanmar, under the right to protect principle.

“This is sliding towards increased use of militias and a situation where human rights abuses will significantly escalate across the country.”

For Wah Nay Mu, and a growing number of the country’s pro-democracy youth, the time for peaceful resistance is over.