Builder turned Doctor Barry Kirby made it his life mission to reduce maternal mortality in Papua New Guinea. In just three years, childbirth deaths have plunged by 75 per cent in the health centres he supports.

In the 1980s, Barry Kirby was working as a builder in Papua New Guinea. Today he's still there, but he’s saving lives.

In PNG childbirth death is devastatingly common yet highly preventable.

“The most common reason women die is due to blood loss in an isolated area,” said Kirby.

But in just three years he’s turned this around.

Dr Kirby and his charity, The Hands of Rescue Foundation, formed an initiative that encourages mothers to give birth in a supervised health centre rather than in an isolated village.

So far it's had an extraordinary impact.

“There has been an 80 per cent increase in supervised delivery and a 75 per cent reduction in maternal deaths in the centres we support.”

The idea that almost every family in Australia would at some point lose a mother, sister or daughter to childbirth is almost inconceivable.

But just 150 km off shore, in PNG, this is a harrowing reality.

Between 1990 and 2008 the world took a step forward in reducing maternal mortality. In this period, the number of women dying in childbirth globally fell by a third.

But over the same time period Papua New Guinea took two steps back, with the number almost doubling.

Dr Kirby set out to change this.
Related reading 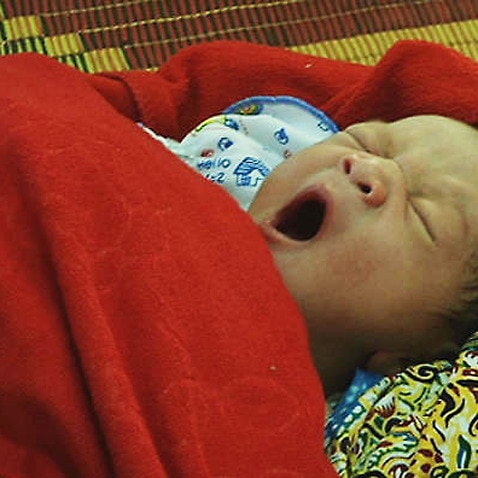 'If she hadn't come here, she would have died'

On Sunday May 10th mothers in Australia will be showered with gifts in celebration of Mother’s Day. For Kirby, the day is about much more than that.

“It’s a day when we should really honour those mothers who are willing to put their lives on the line in order for us to be born. And that sounds very dramatic but for me it has special significance.”

In his six years working as a builder in PNG, Kirby canvassed the prospect of becoming a doctor. But at 40 years of age and happy in his line of work, he was never fully convinced it was a path he should take.

“I wasn’t sure whether my thoughts of becoming a doctor were well thought out.”

But the idea of helping sick people is not easily exiled when you’re confronted by them almost every day.

“I could see there were a lot of sick people and life expectancy was very low. I didn’t know about maternal child mortality in those days but I sensed it was pretty bad.”

“It’s a day when we should really honour those mothers who are willing to put their lives on the line in order for us to be born. And that sounds very dramatic but for me it has special significance.”

Back in 1990, Kirby discovered a woman lying helplessly on the side of the road. Knowing there was something very wrong with her he immediately took her to the nearest hospital. He returned the next morning to check up on her. He was told she was dead.

“That was the last straw for me. If a man needs prompting at all this is it,” Kirby said.

Relinquishing all he owned, he managed to pay his way through 12 years of medical school in Australia and PNG. At 52 years of age, Barry Kirby, the carpenter from Murwillumbah on NSW's north coast became a qualified doctor.

But he didn’t stop there.

In Australia it’s estimated around four or five in 100,000 women die during in childbirth.

“I thought, why we are losing so many women? There are about 30 a year in our own province here.”

And so he set out to answer that question.

It may be our closest neighbour but in terms of health standards PNG is a world away.

For three months he travelled in a little boat to remote islands in PNG and surveyed locals to better understand the cause of maternal deaths.

“It was quite an eye opener and I guess an emotional roller coaster. After investigating 31 deaths, I just couldn’t turn back from there.” 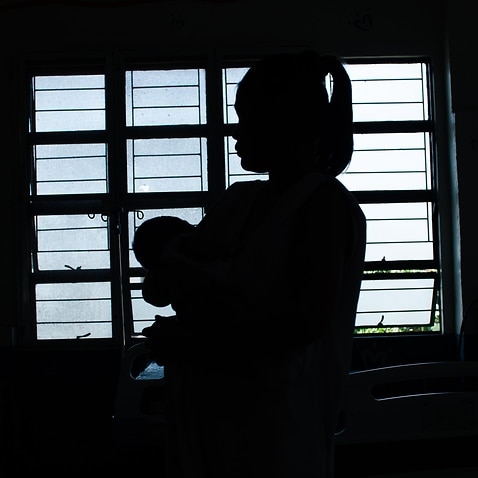 In these three months Dr Kirby found answers that 12 years of medical studies could never provide.

He wanted to know why mothers were still choosing village births, rather than going to health centres. The main reasons seemed to be remoteness and expense - a health centre delivery costs about $A5.

But there was a recurring response.

The women were embarrassed, poverty at the core of their shame, and hence they preferred to stay in their villages to birth.

“I thought gee, we’ve got to do something about this. I thought the only way to do this is to give you a gift, give you what you don’t have.”

And that’s when he came up with the idea of the 'Baby Bundles.'

“We went and bought a big baby dish and we filled it up with baby nappies and nappy for mother, pants, bed sheets, toilet paper, oil and powder for the baby, singlet’s and pants for the baby.”

The bundles cost about $A28 each and include the $A5 equivalent cost of a health centre delivery.

"So there is a model out there that does work for Papua New Guinea."

One of the United Nations Millennium Development Goals is to reduce maternal mortality. So far progress has been slow but Kirby is convinced his team can change this.

"We can reduce maternal deaths by better than what the millennium goals hope that we could ... but it does take a determined effort to address all the problems," Dr Kirby said.

How you can help

The idea is to encourage people to donate to mothers in the developing world rather than buy flowers for mothers in Australia - "because flowers die and mothers should not".

If this Mother’s Day, you would like to send hope or donate to Barry Kirby’s cause, click here.