The latest demonstration was far more fierce than previous protests. Here's how events on Wednesday unfolded.

This morning is different; it's flooded with under-25s, and they aren't on their way to work.

There are a LOT of young people here... Crowds at the exit of Admiralty Metro. @SBSNews pic.twitter.com/wePHCDBjcZ

Nearby, amid the heat and humidity, comes the sounds of scraping metal.

Some shouted up at those on an overpass above.

“Are you enjoying the view and eating popcorn? Get down here!” one young man shouted.

Quickly, the demonstrators began to do the same on the overpass; they moved the barricades to make it easier for more of them to head downstairs.

With their masks on, the young people couldn’t be identified - and perhaps that emboldened them. All you could see was the glint of determination in their eyes. In the early part of the day, it seemed they had the upper hand by the sheer number of them. Tens of thousands of young people swarmed on the city to join the action.

Very quickly, it became clear the mood of the day was far more fierce than previous demonstrations – Sunday’s march had been a largely peaceful affair, the lawyer’s walk was done in complete silence, and the previous night, a gathering at Tamar Park was calm.

The grass is damp but most have brought picnic mats - many planning to spend the night here at Tamar Park. @SBSNews pic.twitter.com/RbHW53l1c0

But those demonstrations, and a group singing Christian worship songs near the entrance of the central government offices, were short-lived and didn’t last into the next day.

There was no clear organiser in the demonstrations – the young people were coordinated largely through social media.

They moved as one machine, pushing up the barricades and helping each other across, handing out face masks and water bottles, and more. A protester tries to convince police officers to stop using force against them.
SIPA USA/AAP

Just hours after their efforts began, the smell of pepper spray was in the air. The police reinforcements could be seen for kilometres, surrounding all entrances of the central government offices.

Many of the young people were wearing masks to protect their identities – there was an awareness that eventually, all this would end, and people would go back to their normal lives.

Many had learnt from the Umbrella Movement and didn’t want the same fate.

Some #extraditionbill observations:
1. Super young protesters
2. Leaderless but very organised
3. Unlike #OccupyHK, they‘re v cautious to protect their identities with face masks & reluctant to give their full names - prolly bc what happened to the young activists over years pic.twitter.com/Yps0btPaw2

Some were reluctant to speak, but others wanted their message heard by the world – some said they hoped the support of other countries, including Australia, would help them.

After a few hours, the second reading of the extradition bill was postponed – the members of the Legislative Council couldn’t reach their offices.

That small victory emboldened the crowd – but it wasn’t what they came there for – they didn’t want a delay, they wanted a complete withdrawal.

Most of the police officers stood huddled in defensive positions, in silence. There was a spell of quiet around lunchtime – the protesters had given the legislators a deadline of 3pm to withdraw.

That didn’t happen – and the silence from legislators, in particular, Hong Kong’s chief executive Carrie Lam, only aggravated some protesters.

It started to rain and they pulled out their umbrellas.

Among them, a smattering of yellow ones, a throwback to the 2014 protests which some believe re-awakened Hong Kong’s dissenting spirit.

But while the Umbrella Movement inspired many young people, this week’s demonstrations were more specific; their only demand was the withdrawal of this bill.

As the afternoon approached, police moved into the crowds and used multiple rounds of tear gas. People began to disperse. Some ran away, others slowly left the area. 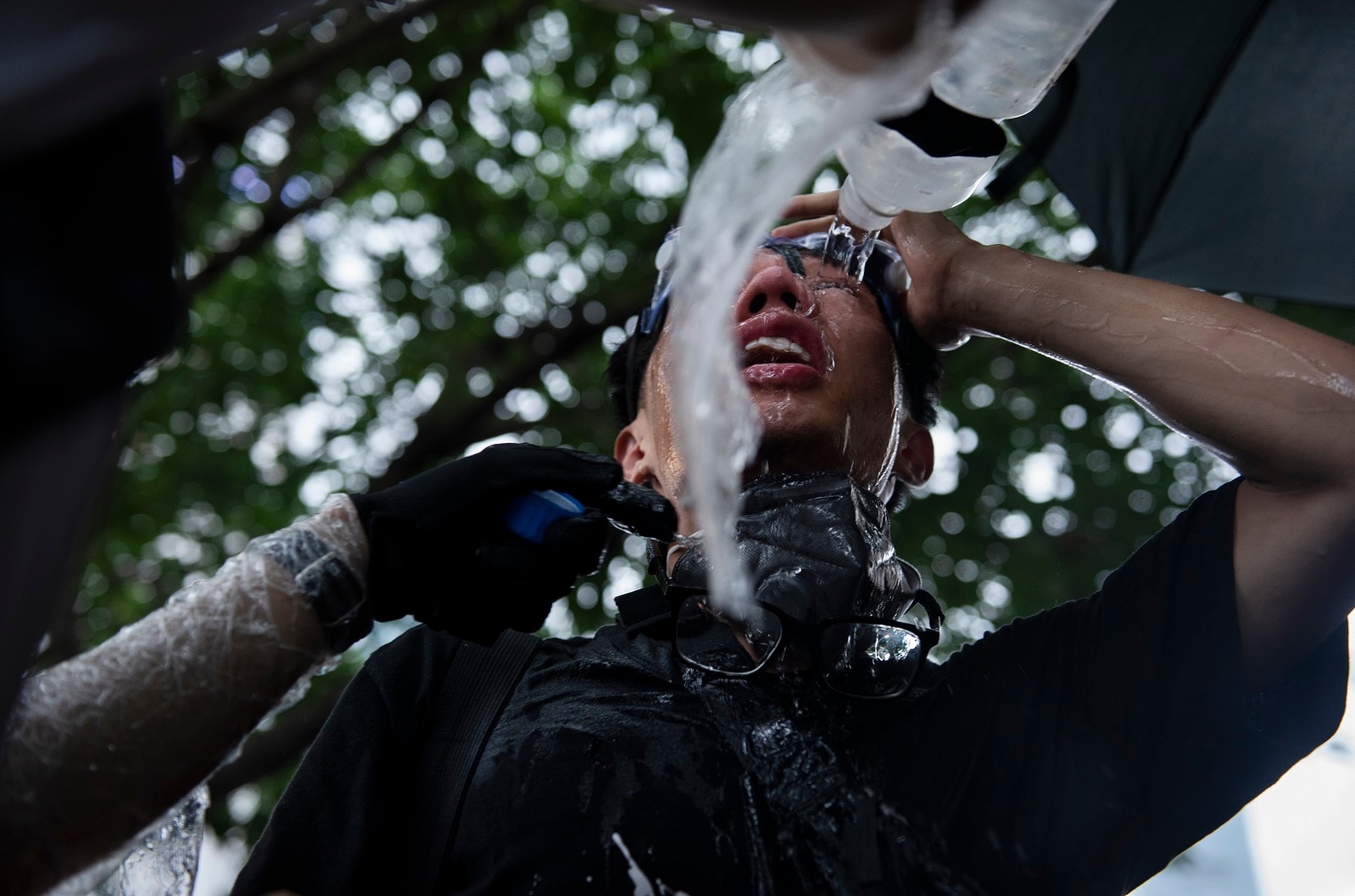 In the evening, the metro station closest to the central government offices was shut. It’s not clear if that was an ad hoc decision.

Some protesters stayed into the night, but around 8pm one of the social media groups sent out a message saying it was no longer safe and to get home immediately. 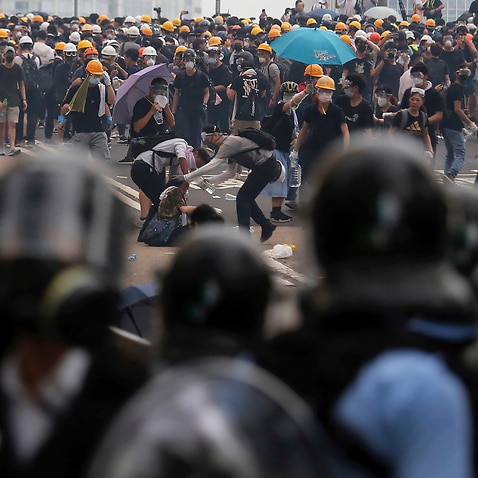 'Violence will not be tolerated': Hong Kong leader Lam calls for calm as protests worsen

The demonstrations will continue on Thursday, perhaps with increased ferocity.

Overnight, a pre-recorded interview of Ms Lam was broadcast. In it, she inferred the protesters did not love Hong Kong as much as she did.

They disagree, with many on Wednesday saying they loved Hong Kong deeply and that was the reason they'd taken to the streets.

But as the bill edges closer to becoming law, with no signs of Ms Lam changing her mind, the protesters are running out of options, and their youthful hopefulness may soon dissipate.

Ms Lam too is perhaps in a similar predicament of lacking options – should she listen to the protesters, she risks upsetting conservative pro-Beijing forces, and the Chinese government.