From ScoMo's photoshopped shoes to Egg Boy: This was 2019 in Australian politics

An unpredictable year in politics saw some dodgy digital editing and a teenage cult hero emerge, as well as a trainwreck interview by Australia's first Chinese-born MP. Here are 12 of the most memorable moments. 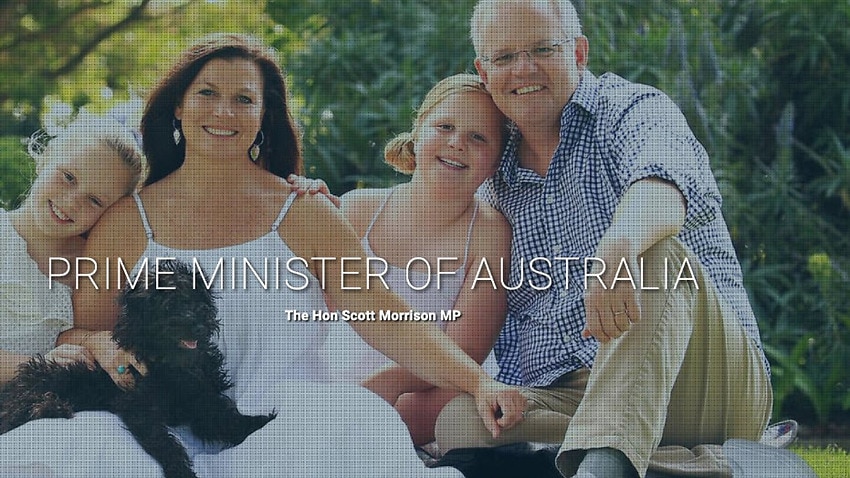 The prime minister's shoes were replaced with shiny new white ones. Source: Twitter

Australian voters' faith in democracy reached an all-time low in 2019, as the public despaired at the quality of debate and leadership.

It was in this climate that Prime Minister Scott Morrison claimed his "miracle" win thanks to the support of the so-called "quiet Australians", while the increasingly louder climate strikers continued to skip school to try to get his attention.

While many Australians tuned out to the antics in Parliament House, these are the moments that broke through the Canberra bubble, causing outrage, division and mockery.

'Quiet Australians' have their say

“I have always believed in miracles,” Mr Morrison declared on election night as he claimed a victory that few had predicted.

He credited the “quiet Australians” for the unexpected win, coining a new political term that would become a fixture of Canberra-speak.

Once they recovered from the shock, analysts actually put it down to scare campaigns about Labor’s tax policies, Bill Shorten’s unpopularity and uncertainty about the party’s position on coal a campaign which cost them dearly in Queensland.

In March, a 17-year-old became a cult hero after perfectly executing an egging of one of the more controversial politicians in Canberra.

It was the day after then-senator Fraser Anning had issued a statement on the Christchurch mosque massacre, laying the blame, at least partly, on Muslim migrants.

He was speaking to the media in Melbourne when William Connolly, now better known as ‘Egg Boy’, approached.

The teenager copped a slap on the face from the stunned senator, international fame and even a tribute mural for his efforts.

The actions of “Eggboy” have been honoured in true Melbourne fashion.. Overnight, a street artist has painted a mural of the teenager egging @fraser_anning @10NewsFirstMelb @10Daily #eggboyَ pic.twitter.com/x6f5uhH7PP

Liberal Gladys Liu became the first Chinese-born member of the House of Representatives in 2019 after narrowly beating her Labor rival in the Melbourne electorate of Chisholm in the May election.

In her inaugural speech, the Hong Kong-born MP acknowledged some people would see everything she did “through the lens of my birthplace” but hoped for more.

But a train wreck interview with Andrew Bolt ensured her links to her birthplace would be firmly in the spotlight for days.

She struggled to answer questions about her membership of organisations linked to the Chinese Communist Party, first reported by the ABC.

Despite telling Bolt she could not recall being a member of the China Overseas Exchange Association in Guangdong and Shandong, she admitted in a statement the day after that she was an “honorary member”.

The debacle whipped up fears about China’s growing influence in Australia as tensions between Beijing and Canberra hit new lows.

From ScoMo's photoshopped shoes to Egg Boy: This was 2019 in Australian politics

Australia lost one of its most significant political figures in 2019.

Politicians across the spectrum paid tribute to the man described as the labour movement’s “greatest son” whose achievements helped shape modern Australia, as well as remembering his larrikin nature which made him so popular with the public.

But it was members of Australia’s Chinese community who remembered how he changed their lives.

In the wake of the Tiananmen Square massacre in June 1989, Mr Hawke made the unilateral decision to offer any Chinese students in Australia the right to stay. More than 40,000 visas were granted to Chinese citizens who now call Australia home.

Chinese-Australians have thanked Bob Hawke for granting them asylum as they join the nation in paying tribute to the Australian icon in a public memorial service. pic.twitter.com/VVq6Tgdt0F

Wearing a traditional kangaroo skin, called a 'booka', Noongar man Ken Wyatt made history in June by becoming the first Aboriginal person to be sworn in as minister for Indigenous Australians.

Ken Wyatt was sworn in as Indigenous Australians Minister after the May election. Source: AAP

In his first major speech since taking on the portfolio, Mr Wyatt announced plans to pursue constitutional recognition for Indigenous Australians and hold a referendum on a “consensus option” within three years.

The speech revived hopes that the government would support a voice to parliament being enshrined in the constitution as outlined in the landmark Uluru Statement from the Heart in 2017.

But facing pressure from within his own party, Mr Wyatt soon suggested a representative body could be set up via legislation instead and Mr Morrison ruled out including it in the constitution.

Read More
'We have to do this properly': Ken Wyatt defends Coalition's plan for a 'voice to government'

The sight of Australian Federal Police raiding the ABC’s Sydney headquarters and a News Corp journalist’s home within a week in June sparked concerns about press freedom.

The AFP targeted political journalist Annika Smethurst over her reporting on a proposal to allow authorities to spy on Australians, while it was the ABC’s stories on Australian elite forces' activities in Afghanistan that concerned them.

The issue united media organisations which launched an unprecedented ‘You’re right to know campaign’, with many taking the historic step of blacking out their front pages.

The Morrison government has defended the raids, saying no one is above the law, but did support a parliamentary inquiry into the issue.

Morrison goes to the White House

The White House became a sea of wattle as US President Donald Trump welcomed Mr Morrison in September, cementing what the Australian leader said was their “very easy connection”.

Mr Morrison, the first Australian prime minister to make an official visit since John Howard in 2006, was given the rare honour of a state dinner in the Rose Garden.

Scott Morrison and US President Donald Trump enjoy a drink at a state dinner at the Washington. Source: EPA/ERIK S. LESSER

But the lavish affair was overshadowed by controversy over the guest list after rumours Mr Morrison wanted to invite his friend and Hillsong Church founder Brian Houston.

Mr Morrison refused to confirm or deny the report and subsequent freedom of information requests failed to shed any more light.

The trip to the US was a highlight of a busy year of travel for Mr Morrison, who was revealed by SBS News to have spent $1.3 million on overseas trips in his first year.

Jacqui Lambie was voted back in at the May election and landed right in the centre of the political action.

The brash independent holds a crucial swing vote on the Senate crossbench and with the lessons she learnt in her first tumultuous stint in Canberra, she has maximised her influence.

Quite a day for this image of Jacqui Lambie to win the #Walkleys award for Press Photography: pic.twitter.com/CJ9QfZYzao

The Federal Government wiped her home state Tasmania’s public housing debt after securing her support for its signature income tax cut package, while she refused to back the government’s so-called union-busting bill.

The repeal of the laws which gave doctors a greater say in the transfer of sick refugees to Australia was a huge blow to refugees being held offshore and their advocates.

Read More
After medevac was scrapped, what now for the sick refugees stranded on Nauru?

Senator Lambie fought back tears as she explained the tough decision, refusing to elaborate on negotiations with the government for “security reasons”.

She claims to have secured a commitment from the government, with speculation it could involve some refugees being resettled in New Zealand, but the government maintains no secret deal was done.

The Morrison government has felt the heat on climate change all year from Pacific leaders, tens of thousands of climate strikers and fire chiefs, all demanding more action.

So when unprecedented bushfires broke out in New South Wales and Queensland early in the fire season, it didn’t take long before the attention turned to climate change.

While Mr Morrison dodged questions about the link between the bushfires and inaction on climate change, his deputy dived right in.

In return, the Greens labelled the deputy prime minister a "dangerous fool" who was putting lives at risk.

Under mounting pressure, the prime minister acknowledged climate change was a contributing factor.

But he again raised the ire of his critics by taking a pre-Christmas holiday as the fires continued to burn, later apologising.

It was a rough end to the parliamentary year for Energy Minister Angus Taylor.

The embattled minister was caught out using the wrong figures when he launched an attack on Sydney Lord Mayor Clover Moore over her travel expenditure and carbon footprint.

But the real strife began when his office provided copies of an allegedly altered council document to back up the incorrect figures. That’s now the subject of a police investigation, thanks largely to a complaint from Labor.

In the fallout, Mr Taylor also drew the ire of feminist author Naomi Wolf who was not happy about being mentioned during a story he told in his inaugural speech about a Christmas tree dispute at Oxford University.

Ms Wolf says she wasn’t there at the time and, besides, she loves Christmas, but Mr Taylor is standing by the speech.

And let's not forget one of the more baffling #auspol incidents involving the prime minister and his shoes.

Way back in January, a Morrison family photo was altered to replace Mr Morrison's original footwear with a pair of perfectly white sneakers.

The photoshop fail, which gave the prime minister two left feet, was quickly spotted and shared widely on social media.

Mr Morrison said he had nothing to do with the “shoeshine”, with the blame falling on the department.

And it wasn’t the only awkward moment for the prime minister.

Campaigning in Sydney’s Strathfield, which is home to a large Korean population, Mr Morrison used the Chinese greeting “ni hao” as he introduced himself to a woman.

She politely pointed out she was Korean.