G20 leaders have called for reforms to the crisis-stricken World Trade Organisation amid growing global trade tensions, in a final statement from their summit. 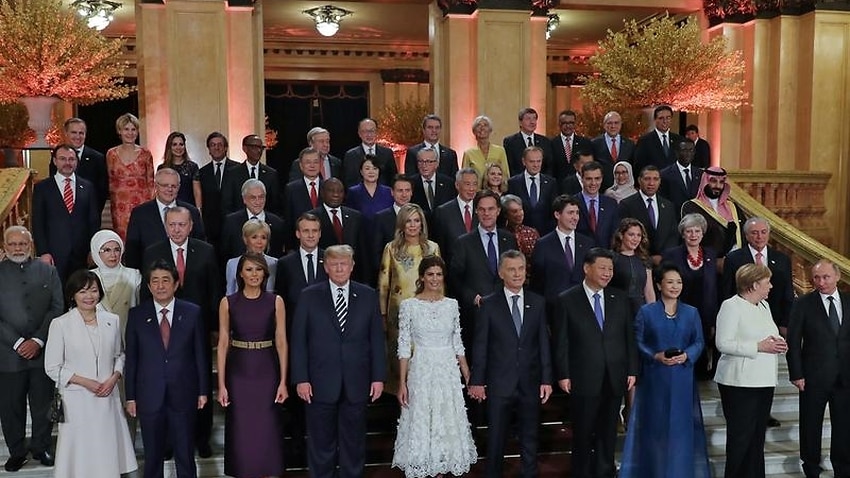 G20 leaders have called for reforms to the WTO, which is on the verge of becoming dysfunctional. (AAP)

The leaders of the world's largest economic powers have backed an overhaul of the global body that regulates international trade disputes, ahead of high-stakes talks between US President Donald Trump and Chinese President Xi Jinping.

The Group of 20 industrialised nations has called for reforms to the crisis-stricken World Trade Organisation amid growing global trade tensions, in a final statement from a two-day gathering in Argentina.

The communique, which was finalised after delegates worked through the night on Friday, recognised trade as an important engine of global growth but made only a passing reference to "the current trade issues".

"We recognise the contribution that the multilateral trading system has made," the statement read.

"The system is currently falling short of its objectives and there is room for improvement. We therefore support the necessary reform of the WTO to improve its functioning. We will review progress at our next Summit," it said.

The WTO is on the verge of becoming dysfunctional, just when it is most needed to fulfill its role as umpire in trade disputes and as the watchdog of global commerce.

The US is unhappy with what it says is the WTO's failure to hold Beijing to account for not opening up its economy as envisioned when China joined the body in 2001.

G20 delegates said that negotiations on the final summit statement proceeded more smoothly than at a meeting of Asian leaders two weeks ago that ended without a consensus thanks to a decision to avoid any reference to protectionism and unfair trading practices.

On climate change, the US once again marked its differences with the rest of the G20 by reiterating in the statement its decision to withdraw from the Paris Agreement and its commitment to using all energy sources.

The other members of the group reaffirmed their commitment to implement the Paris deal, taking into account their national circumstances and relative capabilities.

"We will continue to tackle climate change, while promoting sustainable development and economic growth," the statement said.

With the US and China locked in growing disputes over commerce and security that have raised questions about the future of their relationship, global financial markets next week will take their lead from the outcome of talks between Trump and Xi over dinner on Saturday.

The first day of the G20 summit offered glimmers of hope for progress between Washington and Beijing despite Trump's earlier threat of new tariffs, which would increase tensions already weighing on the growth of the global economy.

But ahead of what is seen as the most important meeting of US and Chinese leaders in years, both sides said differences remained, and the outcome of the talks were uncertain.

Share
Published 2 December 2018 at 5:46am
Source: AAP
Topics
US Politics