The move - backed by the UK, the US, Canada, France, Germany, Italy and Japan - would make it mandatory for all major companies to disclose information such as their carbon dioxide emissions.

The wealthy G7 countries on Saturday moved closer to mandatory disclosure of companies' climate impact despite a lack of global agreement and doubts from some NGOs.

"We support moving towards mandatory climate-related financial disclosures," their finance ministers said in a statement released after two days of meetings, adding that this would "provide consistent and decision-useful information for market participants".

The idea backed by the UK, the US, Canada, France, Germany, Italy and Japan would make it mandatory for all major companies to come clean on, for example, their carbon dioxide emissions - a crucial aspect of the transition towards cleaner energy.

Such regulations would help companies assess the financial impact of the climate crisis and make necessary changes as their countries set ambitious targets such as becoming carbon neutral by 2050. It would also help investors who offer financing to large groups and take an ever closer interest in the impact of the climate on businesses, both in terms of performance and reputation.

The G7 says it is following the recommendations of the taskforce on climate-related financial disclosures (TCFD), put in place in 2017 with members from across the G20.

The finance ministers went even further by hailing the creation of a taskforce on nature-related financial disclosures, which covers not only the climate but also nature and biodiversity.

The challenge is that every country takes responsibility and imposes measures on its own companies and so there has to be agreement on accounting rules. 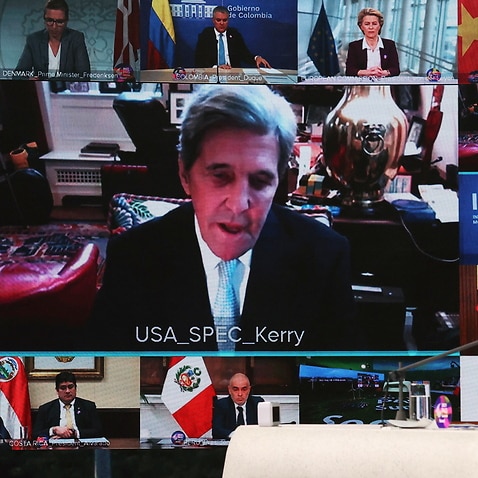 'We all have to do it': US and EU leaders call for more action at climate summit

Britain already plans to force companies to go public on their environmental impact from 2025 - with the government claiming this makes it the most progressive country in the G20.

Nevertheless, disclosing such information will not be mandatory at first, and businesses in the country are only required to either publish the data or to explain why they are not doing so.

The governor of the Bank of France, Francois Villeroy de Galhau, said in an interview with The Financial Times on Wednesday that a global agreement could emerge from the COP26 climate change summit in Glasgow in November.

"Proper disclosure should become mandatory - I would expect this as a first step," Mr Villeroy told the newspaper.

"Nobody expected six months ago for us to go as quickly as we did and to say perhaps we could have a positive conclusion on mandatory disclosure at the COP26."

Investors are also pushing G7 countries to do more, such as Britain's IA (Investment Association), which is urging financial regulators to make the publication of climate risks mandatory.

"Ensuring high-quality and comparable data on the impact of climate change lies at the heart of this," said Chris Cummings, CEO of the IA. 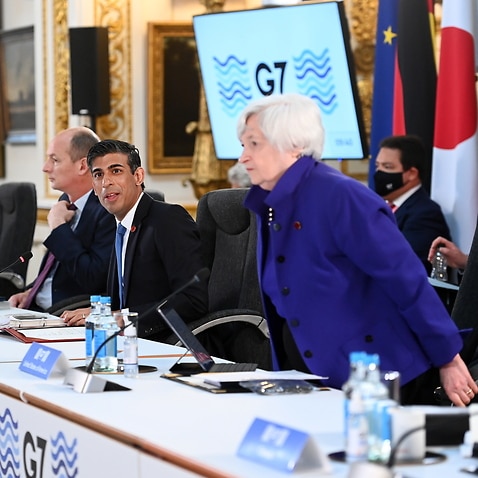 The 'historic' G7 deal that will force Google, Facebook and Amazon to pay more tax

For their part, NGOs warn that the latest measure is no guarantee that the business world will play its part in energy transition.

"Disclosures should have been mandatory a long time ago, but at this stage of the climate and ecological crisis, calling for better data is a dangerous distraction," said David Barmes, an economist at Positive Money.

"Markets will not save the day," he said, adding that in his view, the G7 governments should mainly work with central banks and regulators to "actively shift finance out of fossil fuels and other environmentally harmful activities".

NGOs said on Wednesday in a report that G7 countries had missed a chance to become greener during the pandemic by massively subsidising polluting sectors such as air travel, despite their climate commitments.