Indigenous leader Galarrwuy Yunupingu said at the Garma festival that a Native Title claim will be lodged against the Commonwealth over bauxite mining.

Prominent Aboriginal leader Galarrwuy Yunupingu has announced plans to sue the Commonwealth Government for compensation over mining on the Gove Peninsula more than 50 years after his father launched similar legal action.

The multi-million dollar native title claim expected this year would be against the Commonwealth for royalties received from Swiss miner Nabalco since the 1960s and the large Northern Territory bauxite mine's current owner Rio Tinto.

If successful the case would be expected to far outstrip this year's landmark $2.5 million NT Timber Creek native title case that put a price on intangible harm caused by disconnection with country. 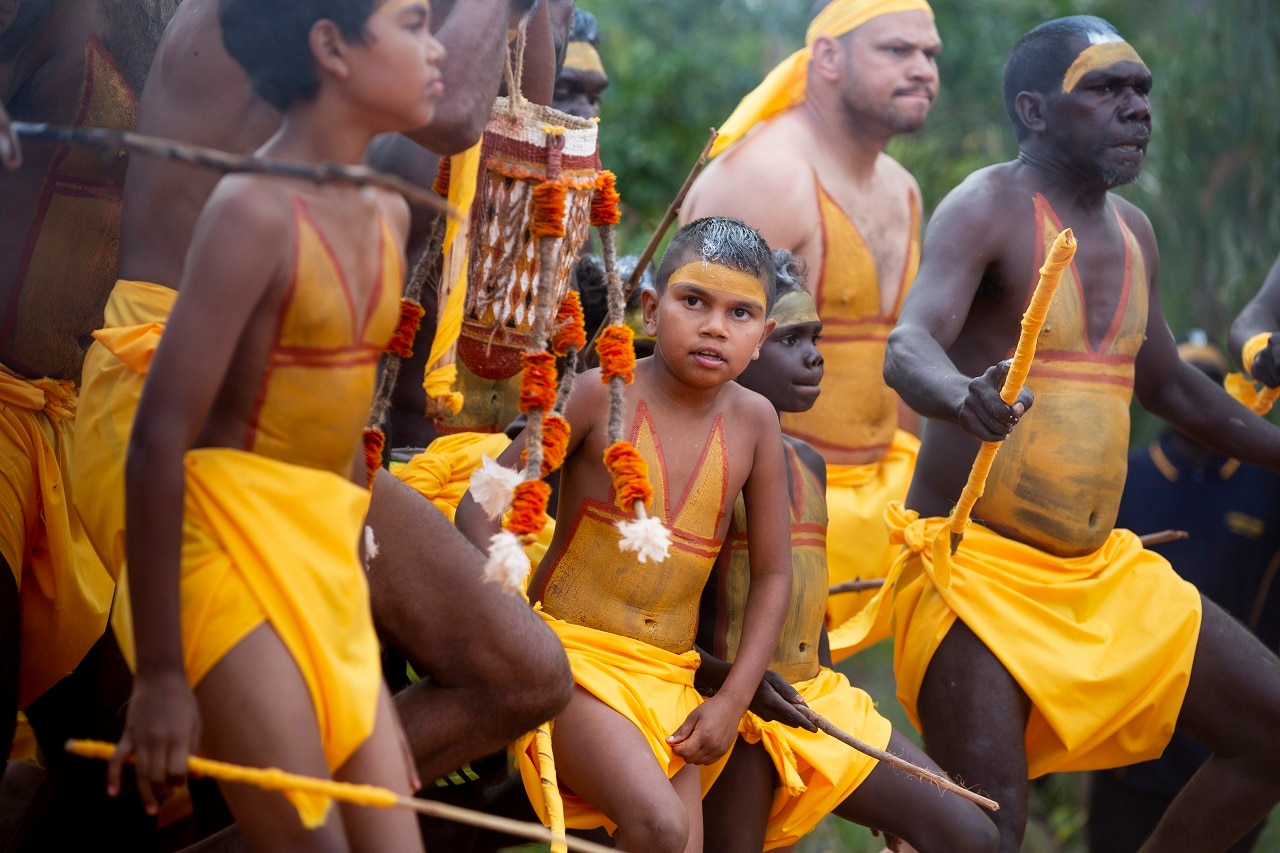 The government did not consult the traditional owners before granting a mining lease in Arnhem Land in the 1960s.

Mr Yunupingu acted as an interpreter for his father Munggurrawuy who was a plaintiff in the Gove Land Rights case, which was the first native title litigation in Australia.

That action was only to prevent mining on the Gumatj clan's country in Arnhem Land but the judge ruled the land in question was not settled and was instead uncultivated.

How to watch Garma on NITV

The now 71-year-old Dr Yunupingu announced at the Garma festival on his people's land on Saturday that he would be going to court on behalf of the Gumatj clan.

"I will be fighting for the land rights case, in which the mining company have come to the Gove Peninsula without asking properly of the landowners of the place," he said.

"They have all come, getting the OK from the Prime Minister and government of the country to come all the way over and started digging and insulting the country.

My first Garma as Minister for Indigenous Australians. What an honour to be welcomed by Dr Galarrwuy Yunupingu and the Yolngu people in North East Arnhem Land. pic.twitter.com/9yq0egJdXb

"These two companies have ripped some land unmercifully, damaged our country without seeking advice to us.

"They have damaged a whole lot of dreamings that were important to Aboriginal people through land claims and land rights."

He hung two bark paintings behind him while speaking that illustrated the case including loss of animals and water, which he will bring to court similarly to the original, historic Yirrkala bark petitions he helped draft with his father in 1963.

Today, the Gumatj people run their operate the first indigenous-owned mine at Gulkula, near the Garma festival, and they sell their bauxite to Rio Tinto.