A bill banning gay conversion therapy has passed Victoria's lower house, but the state opposition abstained from the vote. 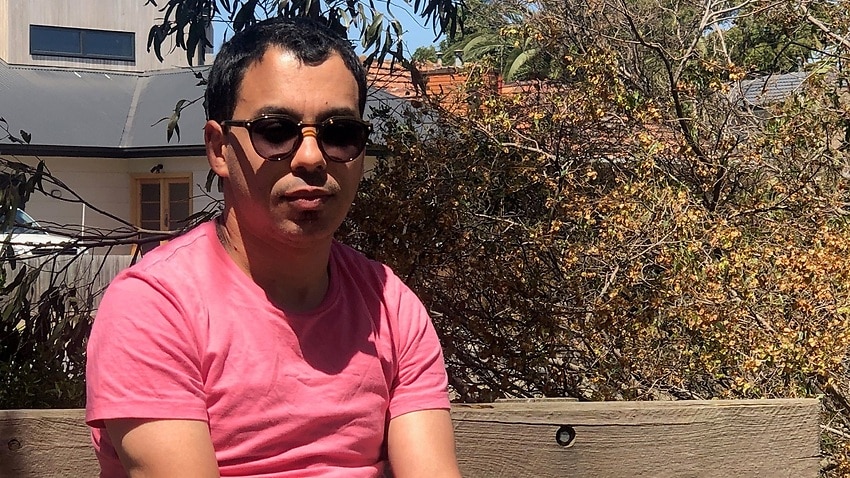 Abanob Saad struggled to come to terms with his sexuality Source: SBS/Abby Dinham

Victoria is one step closer to banning gay conversion therapy after a majority of lower house MPs voted in favour of the legislation.

The Change or Suppression (Conversion) Practices Prohibition Bill passed the Legislative Assembly on Thursday, the final parliamentary sitting day of the year.

All 55 MPs in the chamber voted in favour of the bill, with the opposition abstaining.

"Every person has the right to be proud of who they are and who they love, and should never be required to hide away, let alone apologise for their identity,” he said.

For people like Abanob Saad, a man who grew up in a Coptic Orthodox Christian community and struggled to come to terms with his sexuality, the premier’s words resonate.

“You’re in a situation where there is no people who looks like you, who sounds like you,” Mr Saad told SBS News. “There’s no representation of you. You’re being told gay people don’t exist.”

Mr Saad sought help from his parish priest, and was referred to a senior Coptic psychiatrist.

Over the next nine months, he underwent therapy involving psychoanalysis, prayer, fasting and was even told to watch pornography.

The therapy didn’t change Mr Saad’s sexuality. But it did take a psychological toll.

“It didn’t just fail. By the end of it, everything inside of me was switched off,” he said.

Abanob Saad struggled to come to terms with his sexuality. Source: SBS News

The bill outlaws any therapy that attempts to change or suppress a person's sexual orientation or gender identity and empowers the Victorian Equal Opportunity and Human Rights Commission to investigate reports of conversion practices.

The bill goes further than a similar law passed earlier this year in Queensland in that it prohibits harmful practices not only in healthcare settings but also in religious settings.

It expressly bans "carrying out a religious practice including but not limited to, a prayer based practice, a deliverance practice or an exorcism".

Mr Saad said the bill would be "life-saving" for vulnerable people like himself.

"The bill would have stopped this fraudulent behaviour in the name of God that says there is something disordered and broken within in you that we must fix you externally. This never would have happened," he said.

"For people who are vulnerable like myself, who go to a faith-based school and a faith-based ethnic cultural church, this bill is going to be ... a victorious signal for them.

"It means finally they are going to be heard, affirmed and supported without fear of being oppressed or rejected or changed."

But the state opposition says it has concerns about the bill.

An amendment put forward by the opposition to pause the progress of the bill to enable consultation with religious groups over the summer break failed.

“We support the ban on conversion therapy - the detail here is what we need to get right,” Liberal Nationals MP David Southwick said.

Mr Andrews hit back at faith leaders who expressed concerns the bill impedes on religious freedoms.

"Some faith leaders have been critical of these provisions, critical of a law to ban the worst form of bigoted quackery imaginable," he said.

"This is not kindness and love, or the protection of the vulnerable and persecuted. This is not something to be proud of. This is not what I pray for.

"Victoria is a secular state. If equality is difficult for you, then that's on you."

A number of conversion therapy survivors and multi-faith members of the LGBTI community spoke outside parliament on Thursday morning, imploring MPs to support the bill.

Reverend Avril Hannah-Jones, a minister in the Uniting Church, said she strongly supported the bill.

"One of the most painful things that can happen to a queer person of faith is being told that they have been somehow mismade by God, that somehow their sexuality or their gender identity was a mistake," she said.

Mr Saad, meanwhile, says his religious beliefs and his sexuality are not mutually exclusive.

“No church has a monopoly over God. I am Christian as much as I am gay,” he said.

The bill will be debated in the Legislative Council when parliament resumes in 2021.