As the country digs deep to support bushfire-affected communities and volunteer firefighters, authorities have warned Australians to watch out for scammers posing as charities or victims. 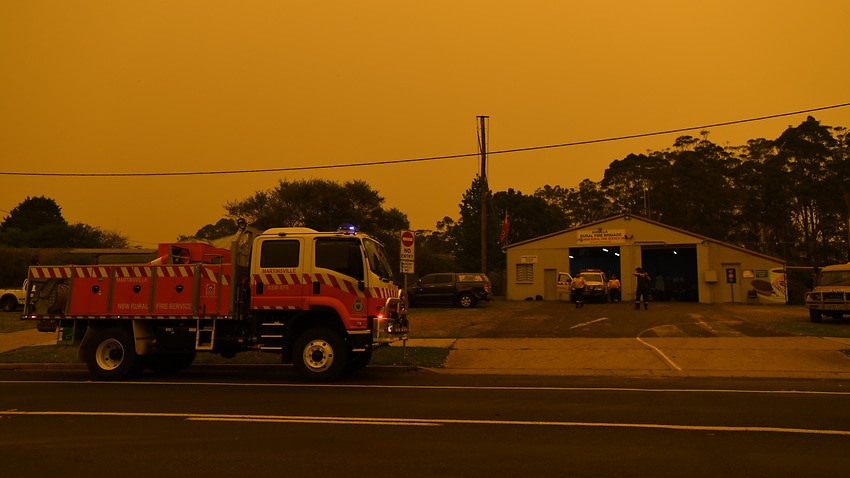 Scammers are using the Australian bushfire crisis to solicit fraudulent donations from people looking to offer financial support to affected communities, by posing as legitimate charities or as victims of the fires, the government's consumer watchdog has warned.

The Australian Competition and Consumer Commission has received 47 reports of bushfire related scams since September last year - but told SBS News the actual number was likely higher because people did not realise they had been targeted.

As a result, the government is urging the public to remain vigilant when donating money and on Monday announced a dedicated hotline exclusively for reporting bushfire-related scams, which will be operational from Tuesday.

You can report suspicious donation appeals related to the bushfires at https://t.co/sWWNpu8CRr. From Tuesday 7 January the ACCC will have a dedicated reporting line for bushfire related scams on 1300 795 995. For more information see https://t.co/aYNWkmWG5x pic.twitter.com/saSRR8SX4p

“Do not donate via fundraising pages on platforms that do not verify the legitimacy of the fundraiser or that do not guarantee your money will be returned if the page is determined to be fraudulent,” an ACCC spokesperson said.

Scammers are using a variety of methods to solicit fraudulent donations, the spokesperson said, including crowdfunding pages that impersonate legitimate charities, cold calling and text messages posing as a charity asking for donations and pretending to be a victim of the fires.

The warning comes days after a fraudulent crowd-funding page was set up claiming to support the family of a father and son killed while defending their home in Cobargo on the NSW South Coast, ABC News reported.

Paul the koala in the ICU recovering from burns at the Port Macquarie Koala Hospital, which has recieved more than $3.7 million in GoFundMe donations. Source: Getty

Close to $4,000 was reportedly raised through the page, which used the names and photos of Robert and Patrick Salway and was set up using the name of a relative, before it was shut down.

Chifley Police District, located at Bathurst, warned that a man was reportedly knocking on doors claiming to be a volunteer firefighter and asking for donations in Portland, Wallerawang and Cullen Bullen. In Tuggerah Lakes, on the NSW Central Coast, a person had been asking for donations over the phone.

In a statement on Monday, NSW Police Force said it had received “a number of reports regarding allegedly fraudulent crowd-funding pages relating to bushfire victims and relief efforts”.

“Police are urging the public to be vigilant when donating money and, if you are unsure, consider donating to registered organisations involved in bushfire-recovery efforts,” the statement read.

Regional manager for GoFundMe Australia, Nicola Britton, also urged Australians to be careful when donating money online, adding that the platform had received an “unprecedented” number of donations relating to the bushfires since New Year’s Eve.

“Make sure that the platform that you’re using and donating to is a credible platform and that they are dedicated to safety,” Ms Britton told SBS News.

“We have a huge trust and safety team and they are assigned to monitoring the platform around the clock, they are interacting with campaign organisers and beneficiaries and they actually will not release the funds until we have spoken to the person ... or community who is benefitting from that fund.”

Over the past week, Ms Britton said GoFundMe had seen more than $5 million dollars pledged to bushfire appeals through 90,000 individual donations and more than 1,600 GoFundMe campaigns established related to the fires.

The campaign for the Port Macquarie Koala Hospital alone has received more than $3.7 million in donations from 100 different countries.

“Yesterday and the day before we had record-levels of donations to bushfire related campaigns on GoFundMe in Australia to date since we launched there,” she said.

In response to the volume of donations, a crisis response plan had been implemented and a team was working around the clock to quickly verify the campaigns, including identity checks of the person setting up the campaign and the beneficiary, she added.

As of Monday evening, a Facebook fundraising campaign set up by Australian comedian and social media personality Celeste Barber had raised more than $35 million for the NSW RFS.