Disgraced Cardinal George Pell will learn next week whether his final bid for freedom has been successful.

The High Court will hand down its judgment in his case on Tuesday.

Pell is one year into a six-year jail sentence handed down after a jury found him guilty in 2018 of sexually abusing two 13-year-old choirboys at Melbourne's St Patrick's Cathedral in 1996.

He failed in a Victorian Court of Appeal bid last year, after two out of three judges found there was sufficient evidence for the jury to find him guilty.

The former Vatican Treasurer was convicted on the word of one of the choirboys, now in his 30s. He came forward in 2014 after the death of the other boy. 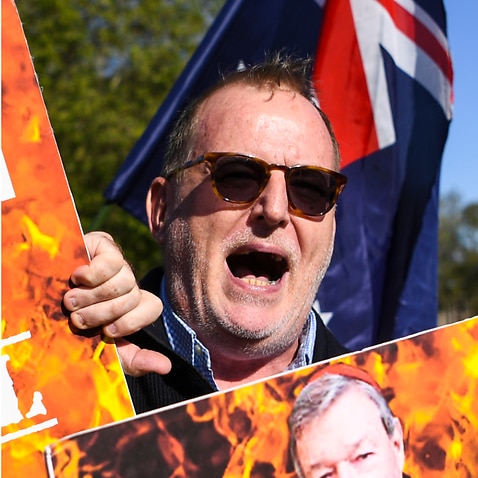 After a month-long trial and three days of deliberations, a jury unanimously convicted Pell of four charges over the sexual abuse of the two boys in the priest's sacristy of the cathedral after a Sunday mass in December 1996.

A fifth conviction related to a separate incident when Pell pushed the surviving boy against a wall in a corridor and fondled him.

Australia's highest court has not yet granted the convicted pedophile permission to appeal his sentence.

Instead it heard that application and his appeal arguments simultaneously.

That means the decision of the full-bench of seven judges could go several ways.

A majority or all could refuse his appeal bid altogether, meaning Pell's conviction stands.

They could grant leave to appeal but refuse the appeal, which would also mean Pell's conviction stands.