The Cardinal has cautioned against any justice system that is biased towards accusers in his first sit-down interview since his release from prison.

Cardinal George Pell has warned of the dangers of a one-sided justice system and said he was a "scapegoat" for crimes committed in the name of the Catholic Church during his first television interview since the High Court overturned his convictions for child sexual abuse last week.

Speaking to Sky News presenter Andrew Bolt, the 78-year-old said it was "not a sign of a civilisation where you have guilt by accusation".

"These things have to be tested respectfully. The pendulum 30 or 40 years ago was massively against anybody who said that they had been attacked," he told Mr Bolt, who has been one of his most outspoken supporters.

"Nowadays, we don't want to just swing back so that every accusation is regarded as gospel truth. That would be quite unjust and inappropriate."

Cardinal Pell was released from Victoria's Barwon prison last week after the High Court quashed five convictions for child sexual abuse over allegations he assaulted two choirboys at a Melbourne Cathedral in the 1990s. He served more than one year of a six-year prison sentence handed down in March 2019.

He described the original guilty verdict that came down in December 2018, as a "blow" during the televised interview.

"The decision is a mystery and I think the high court dealt with it well," he said.

Cardinal Pell also said he wouldn't be "entirely surprised" if police tried to prosecute him again and "couldn't explain" the investigation against him. "But I don't know, that's their [police force] business," he said. "It's difficult to understand the motives."

He also said he believed the "culture wars" and a "systematic attempt to remove the Judeo-Christian values" played a part in his trial.

The Cardinal said he would remain in Sydney for the foreseeable future and "go quietly" into retirement.

Following the High Court verdict on 7 April, he said he held "no ill will" to his accuser and hoped the acquittal would not "add to the hurt and bitterness so many feel". 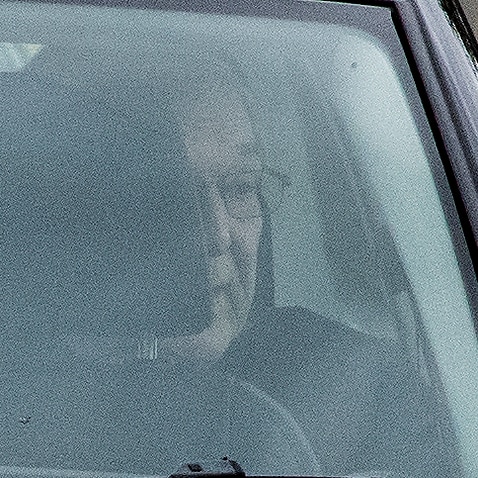 Cathy Kezelman, president of sexual assault survivor advocacy group the Blue Knot Foundation, told SBS News the interview would have been "very distressing" for many people.

Following the High Court decision, she said the group's helpline received a "big spike in calls from people that were just feeling hopeless ... and having their own trauma triggered."

"People need to reach out to whoever they have in their support network ... so someone can walk alongside them through this because it's very challenging," she said.

A day after the acquittal was handed down, Cardinal Pell's accuser - known only as Witness J - said he accepted the decision but called on survivors of sexual abuse not to be discouraged from reporting their experience to authorities.

“I would hate to think that one outcome of this case is that people are discouraged from reporting to the police,” he said.

“It is difficult in child sexual abuse matters to satisfy a criminal court that the offending has occurred beyond the shadow of a doubt ... It is a very high standard to meet – a heavy burden.”

Cardinal Pell was the most senior Catholic Church figure to be found guilty of child sex offences.

More information is available at Beyond Blue.org.au and lifeline.org.au.Anyone seeking information or support relating to sexual abuse can contact Bravehearts on 1800 272 831 or Blue Knot on 1300 657 380.