As German Chancellor Angela Merkel looks to cruise into her fourth term on September 24, her newest and most enthusiastic supporters are Syrian refugees who cannot stop singing her praises.

German Chancellor Angela Merkel looks to be heading into her fourth term after earning support from the refugee community.

Her popularity with this community is a stark contrast to the reception she gets in Wolgast in her electorate that she has held since 1990 when it was created.

During a visit this week, she was met with hostility as residents greeted her with shouts of "traitor". 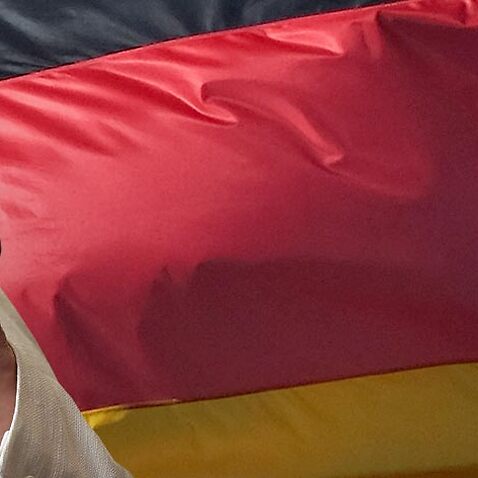 But the leader does not seem to be deterred by the hecklers, saying: "There are some who whistle and shout but I don't think that is enough to move Germany forward."

While the residents of her electorate were the ones who elevated her to Germany's highest office, this time around her most enthusiastic supporters are the community's newest members - Syrian refugees.

One refugee said the chancellor opened her country to new arrivals when some did not.

"Only Ms Merkel said to us "come to Germany" and "welcome". Other people didn't," the refugee told SBS World News. Iraqi refugee Zeyad has been living at the former Templehof Airport where 2,000 people once camped for two years
SBS

Refugee Naya fled Syria with her mum and sister, leaving behind her father and friends, by crossing the Mediterranean Sea, walking country to country before finally arriving in Germany by train.

"Through the window I saw lots of really colourful houses and I still have that picture in my head of how Germany first looked, and how different it was," she told SBS World News.

"Here in Germany if you want something you have to work at it and if you keep trying you will get it, definitely."

But not everyone is having such an easy time in Germany.

Iraqi refugee Zeyad has been living at the former Templehof Airport, south of Berlin, where 2,000 people once camped for two years - now only a few hundred remain.

Zeyad can stay in Germany but now he has nowhere to live or work.