More than four decades after it was built, Malcolm Turnbull has announced a major upgrade to the Snow Hydro Scheme. The initial construction took more than 20 years and more than 100 workers were killed in industrial accidents.

The Snowy Mountains Hydro-Electric Scheme is widely regarded as one of Australia’s greatest engineering achievements.

Construction began in 1949, when the Federal Parliament passed an act ordering the construction of a network of dams, tunnels and power stations.

The ambitious project was designed to divert water from the Snowy River to help irrigate the western side of the Great Dividing Range, while also generating hydro-electric power.

Contracts were awarded to more than a dozen companies, including Australian, French and US firms.

More than 100,000 people from over 30 countries travelled to the mountains to work on the Snowy, with up to 7,000 workers on the site at any one time. 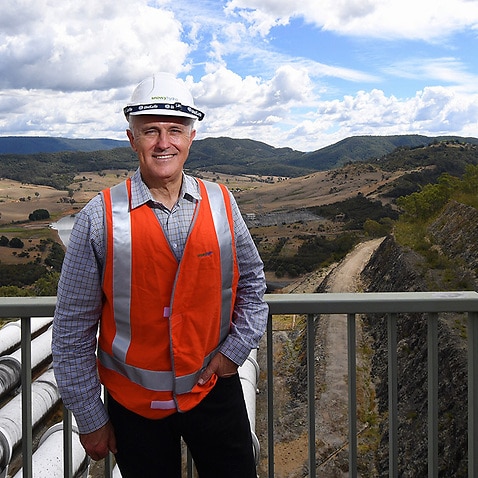 Seventy per cent of the workers were migrants from Germany, Greece, Ireland, Italy, Britain, Norway, Poland and the Former Yugoslavia.

Many were chosen for their engineering and construction skills, or their experience working in alpine conditions. The relatively high wages in Australia provided a strong incentive to come.

It was tough work in a harsh, mountainous environment. Workers spent a lot of time underground, tunneling through solid granite rock in sometimes dangerous conditions.

By the time the Scheme was finished in 1974, 121 workers had been killed in industrial accidents.

Most of the migrants travelled to the Snowy site just a few days after arriving in Sydney or Melbourne. Some were experiencing post-traumatic stress as a result of the war.