The first cases of human-to-human transmission of the coronavirus outside of China have been announced.

A German man who tested positive for the strain of coronavirus currently sweeping China was infected by a work colleague, officials said on Tuesday, in what is believed to be the first human transmission in Europe.

The announcement came after Japanese authorities confirmed that a man in his sixties, who had not recently travelled to China, had contracted the virus after driving two groups of Wuhan tourists.

The other cases so far confirmed in Japan all involve people who have been to Wuhan. Medical workers in protective gear talk with a woman suspected of being ill with a coronavirus at a community health station in Wuhan.
AAP

In Germany, the 33-year-old man had also not visited China but a Chinese work colleague who was in the European country last week had "started to feel sick on the flight home on January 23", said Andreas Zapf, head of the Bavarian State Office for Health and Food Safety.

He had attended a training session given by his Chinese colleague on 21 January at the office of a car parts supplier Webasto in Stockdorf in Bavaria and tested positive for the virus on Monday evening.

He remains in hospital in an isolation ward, but Mr Zapf said he "was doing well".

The Chinese woman immediately sought medical attention on her return to China and was confirmed to have caught the virus, which has spread rapidly in recent weeks after first emerging in the Chinese city of Wuhan. The woman had recently returned from visiting her parents in the Wuhan region, Mr Zapf said.

In a statement, the Webasto company said it had halted all business travel to and from China "for at least the next two weeks".

The virus has so far killed 106 people in China and infected over 4,000, the bulk of them in and around Wuhan.

Cases have also been reported in a string of other countries, including Australia, the United States and France. 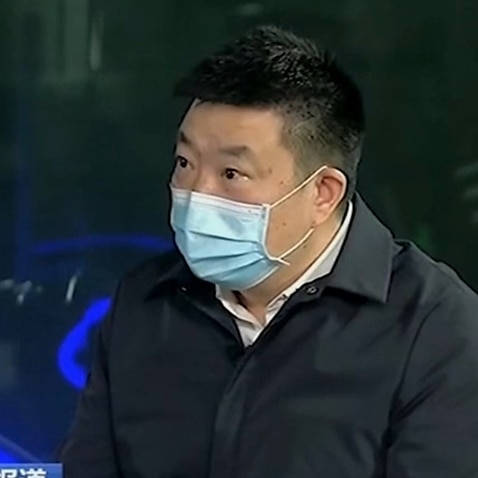 Japan has imposed new checks on travellers arriving from China, and is planning to dispatch a plane to Wuhan on Tuesday night to evacuate Japanese nationals from the city.

The plane is expected to bring back around 200 nationals, of some 650 who have asked to be repatriated, authorities said.