A deadly flu outbreak has claimed the life of an eight-year-old girl in Melbourne as authorities warn Victorians not to dismiss cold symptoms.

Victoria's deadly flu season has claimed the life of an eight-year-old girl and people have been warned not to dismiss symptoms as "simply a cold".

"We are having a horrific flu season," Ms Hennessey told 3AW radio.

"This is an influenza strain that is able to impact the young, the elderly, the well and the unwell."

The Victorian Health Department confirmed the girl died at the Angliss Hospital in Upper Ferntree Gully on Friday. 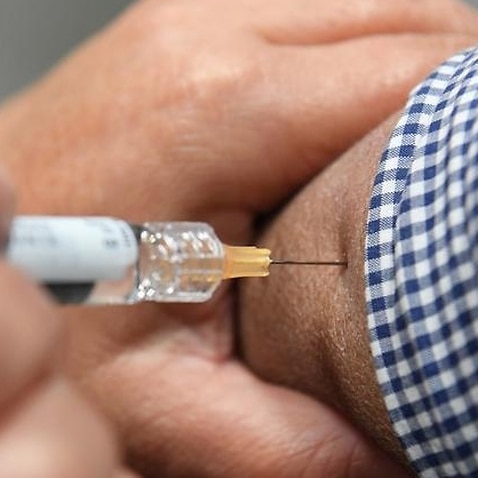 In Victoria, there have been more than 13,000 flu cases in the past few months, including at least 95 deaths, many of whom lived in nursing homes.

Hospitals have been forced to cancel elective surgeries and discharge patients in order to make room for flu-stricken people.

Ms Hennessy says she will meet with experts on Monday to discuss the flu crisis and urged Victorians not to dismiss flu symptoms as "simply a cold" or "'man flu'".

"Get to the doctor, call Nurse on Call, call an ambulance if you feel someone is very unwell. But don't ignore the flu symptoms," Ms Hennessy said.

"It needs to be taken seriously."