'Getting on with the job': Climate and Energy back in one portfolio under Angus Taylor

Angus Taylor has been re-appointed as energy minister - he will also be responsible for reducing greenhouse gas emissions. 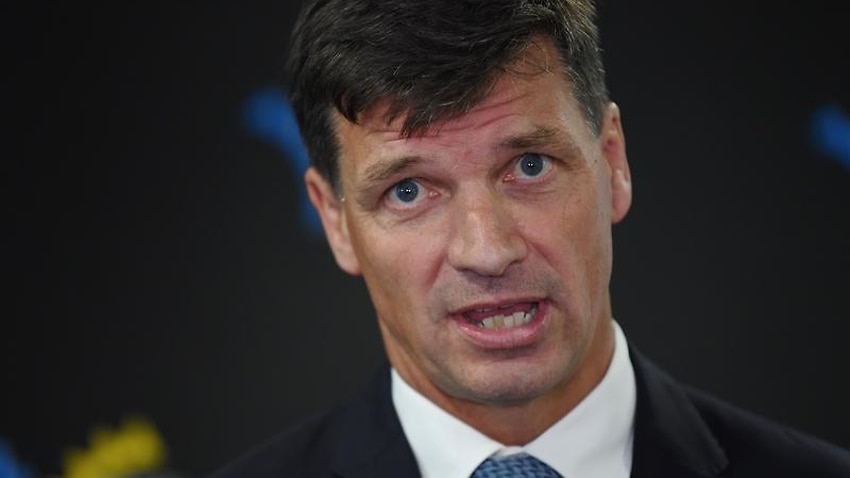 Energy Minister Angus Taylor said he was told the documents were straight from the City of Sydney's website. Source: AAP

Angus Taylor has been re-appointed as the new energy minister.

He will lead Australia’s energy policy while trying to meet the country’s emissions reduction targets at the same time.

In a tweet, Mr Taylor said he's looking forward to getting on with the job of lowering power prices for Australian families and businesses and to ensure Australia's is on track to meet the 2030 emission target.

Honoured to be appointed Minister for Energy and Emissions Reduction in the Morrison Government. I look forward to getting on with the job of lowering power prices for Australian families and businesses, and ensuring we stay on track to meet our 2030 emissions reduction target

In the last cabinet, emission reductions were the responsibility of the environment minister.

The CEO of the Nature Conservation Foundation said no matter what portfolio the emission reductions are under, the key is to reduce them.

“Climate damage is one of the biggest risks that Australians face right now, so we need Angus Taylor to understand that and take action to move the country towards renewable energy,” the foundation’s CEO Kelly O'Shanassy told SBS News.

“And that’s quite terrifying giving the way we produce our electricity in this country is fueling global warming and climate damage. “

About 60 per cent of Australia’s energy is derived from coal, and coal mining, including questions over the go-ahead of the Adani mine in Queensland, was a key factor in the government's election win.

The Coalition said earlier that it is committed to finding solutions to climate change.

Read More
No conflict of interest by Taylor: PM

Under the $3.5 billion climate solutions package, set to be rolled out over 10 to 15 years, the government plans to deliver on the country’s 2030 Paris climate commitments.

But critics said these policies will fall short of what’s required to meet the Paris climate agreement targets.

“Our key priorities are the grid integration challenges of connecting renewables, both large and small scale, the National Hydrogen Strategy and maintaining the sector’s finance ability,” Mr Dillon said.

“Energy and climate policies are closely linked and combing the two is a positive step towards the policy certainty and stability the industry needs.”

Share
Published 27 May 2019 at 1:26pm
By Dubravka Voloder
Topics
Environment