British socialite Ghislaine Maxwell should be released to home arrest while she awaits trial, her lawyers say in court papers.

Ghislaine Maxwell, the former girlfriend and longtime associate of the late financier Jeffrey Epstein, has forcefully denied charges she lured underage girls so he could sexually abuse them and says she deserves bail.

Ms Maxwell filed her request in the US District Court in Manhattan eight days after being arrested in New Hampshire, where authorities said she had been hiding at a sprawling property she bought while shielding her identity.

The 58-year-old Maxwell "vigorously denies the charges, intends to fight them, and is entitled to the presumption of innocence", the filing said. Ms Maxwell has been housed since Monday at the Metropolitan Detention Center, a jail in Brooklyn, New York.

She said her detention there put her at "serious risk" of contracting the COVID-19 disease.

She also said she is not a flight risk, citing her lack of a prior criminal record and her remaining in the United States after Epstein's arrest last July.

Prosecutors have called Maxwell an "extreme risk of flight" who should remain detained until trial.

Her arraignment is on 14 July, and she faces up to 35 years in prison if convicted. 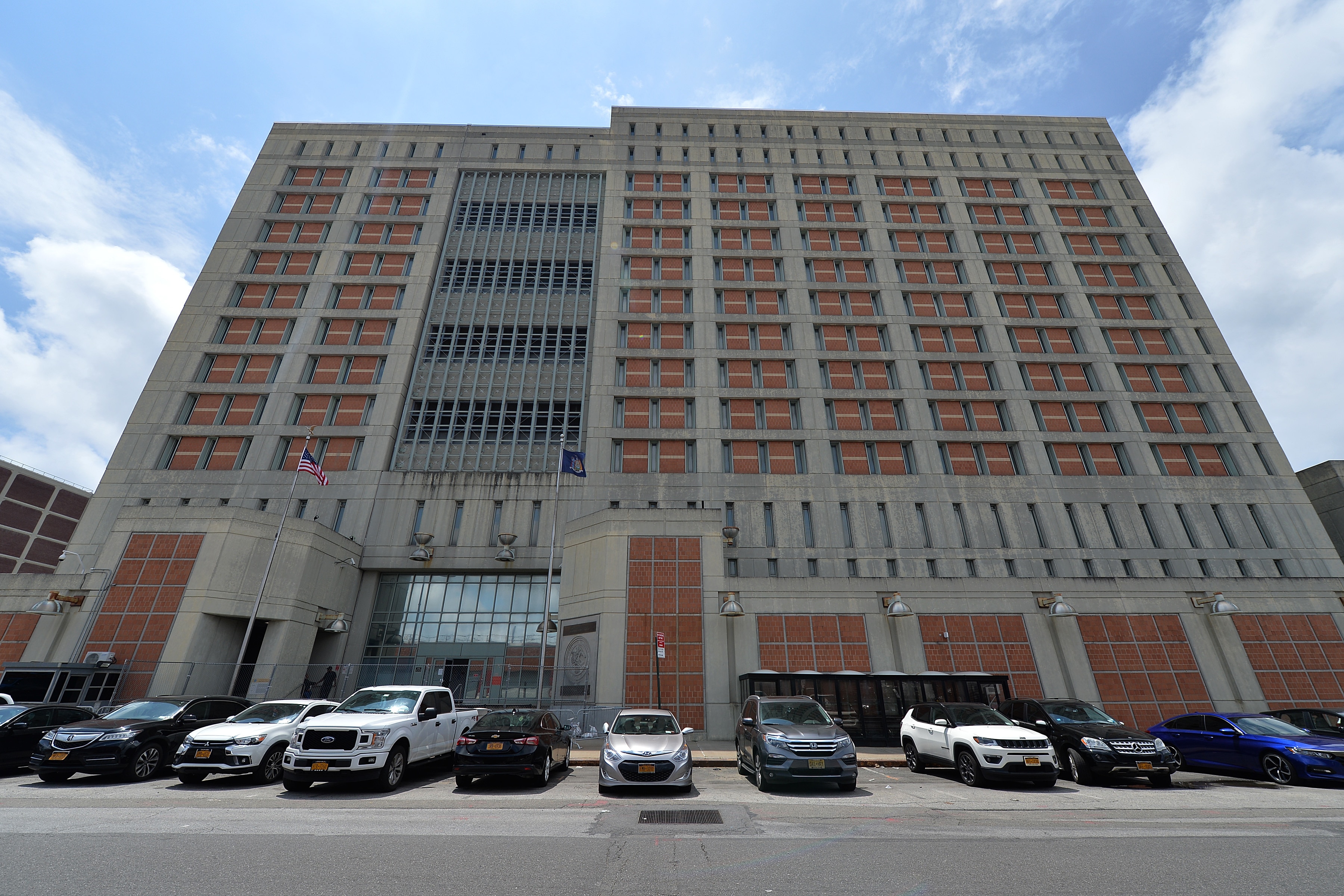 Outside view of Metropolitan Detention Center where Ghislaine Maxwell, former girlfriend of Jeffrey Epstein, was held after being arrested.
Anthony Behar/Sipa USA

The arrest of Ms Maxwell, the daughter of late British publishing magnate Robert Maxwell, came nearly one year after Mr Epstein pleaded not guilty to charges he sexually abused women and girls in Manhattan and Florida.

He had before his arrest socialised over the years with many prominent people including Britain's Prince Andrew, US President Donald Trump and former president Bill Clinton.

Prosecutors accused Ms Maxwell of recruiting girls as young as 14 for Epstein from 1994 to 1997.

Ms Maxwell faces six criminal charges including four related to transporting minors for illegal sexual acts and two for perjury in depositions about her role in Mr Epstein's abuses.