The coronavirus death toll in the US has surpassed that of Spain's as the global death toll exceeds 90,000.

The worldwide number of fatalities from the coronavirus pandemic rose to 93,706.

More than 1,567,590 declared cases have been registered in 192 countries and territories since the epidemic first emerged in China in December. Of these cases, at least 316,800 are now considered recovered. 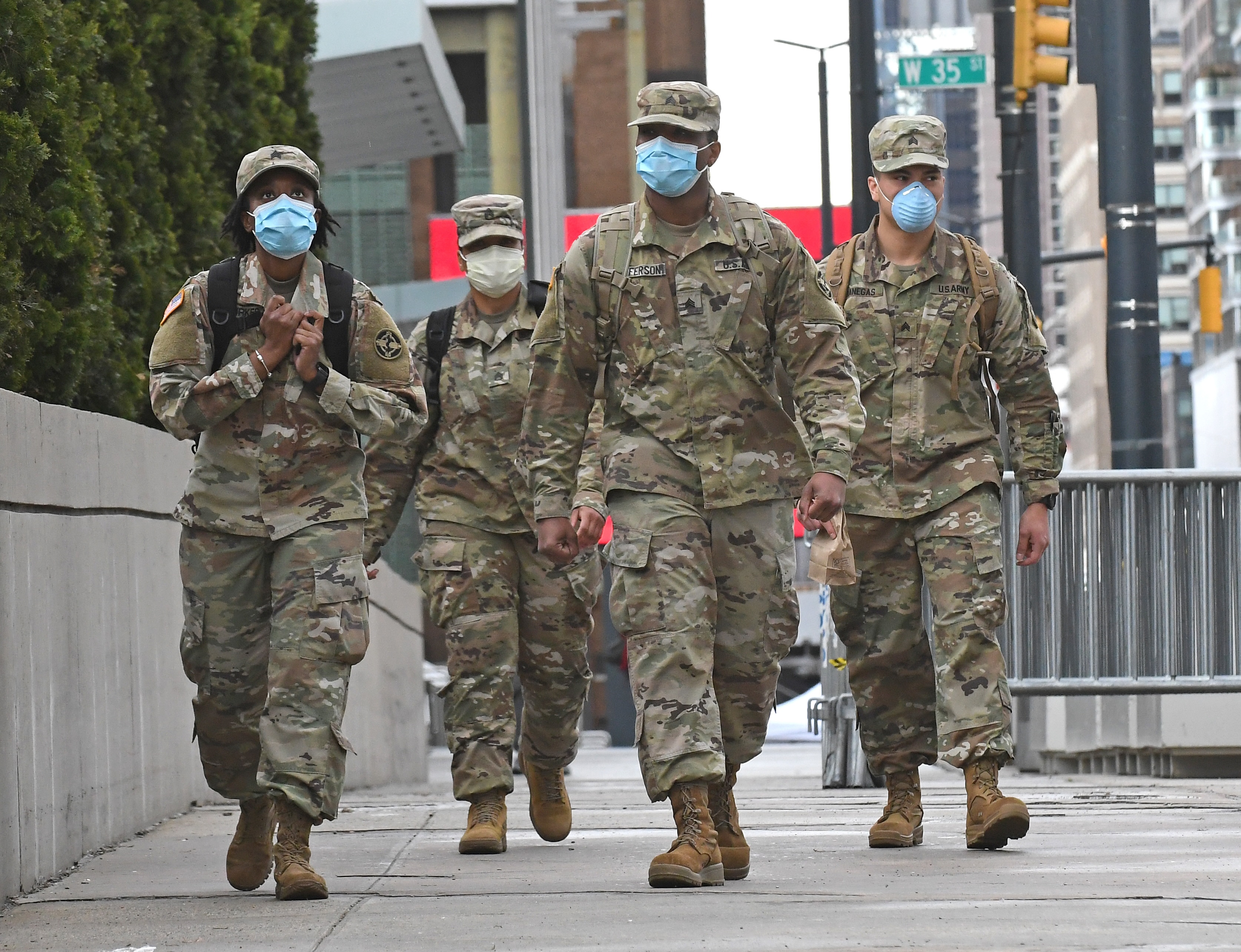 US Military personnel are seen on patrol in New York. The US has now overtaken Spain with 15,774 deaths.
AAP

US deaths due to coronavirus topped 15,700, according to a Reuters tally, although there are signs the pandemic might be nearing a peak.

US officials warned Americans to expect alarming numbers of coronavirus deaths this week, even as an influential university model on Wednesday scaled back its projected US pandemic death toll by 26 per cent to 60,000.

US deaths set new daily records on Tuesday and Wednesday with over 1,900 new deaths reported each day.

Only Italy has more deaths with 17,669 deaths reported on Wednesday. Spain reported 15,238 deaths on Thursday.

Many countries are only testing the most serious cases.

Overall, Italy, which recorded its first death in late February, has had the most fatalities with 18,279 from 143,626 infections.

The death toll in the United States is the third highest, at 15,938 from 451,491 infections - the highest number of cases in the world.

European countries, including hardest-hit Italy and Spain, have started looking ahead to easing lockdowns but their coronavirus-related fatality rates have fluctuated after initially showing a decline.

We must keep the curve flat.

Now is not the time to slack off.

New York state required all residents to stay home except for essential businesses on March 20 and now more than 94 per cent of Americans are under similar orders but the United States has resisted a national stay-at-home order.

Spanish authorities have indicated that the peak of the pandemic has been reached but asked citizens to continue to strictly respect confinement regulations.

"The fire started by the pandemic is starting to come under control," Prime Minister Pedro Sanchez told parliament Thursday.

"Our priority now is not to turn back, especially not to return to our starting point, not to lower our guard." A woman prays next to some flowers laid in front of closed church in southern Spain.
AAP

Spain has been subject to a strict lockdown since March 14 which has been reinforced in the past two weeks by the cessation of all non-essential activities until the Easter weekend.

The lower house of parliament was expected later Thursday to extend the confinement to April 25.

The government has not ruled out further extensions, while stressing that the measures should be eased gradually.