Australia could consider calling in the military to help tackle cyber security threats, following in the footsteps of NATO-member countries.

Minister Assisting the Prime Minister for Cyber Security Dan Tehan "wouldn't rule anything out" in terms of how to prevent cyber threats like the Petya ransomware virus that has locked computers in 60 countries, including Australia, this week.

His comments on Thursday come after NATO Secretary-General Jens Stoltenberg revealed the 12 alliance member countries are in the process of treating cyber security as a military responsibility.

So far two Australian companies have been affected by the latest global cyber attack.

Australia has mostly avoided the latest cyber attack, with only two companies affected by the ransomware that hit computer systems across the world.

Minister Assisting the Prime Minister for Cyber Security Dan Tehan confirmed two Australian companies had been affected but was unable to say on Wednesday that the Petya ransom virus was responsible.

Cadbury was forced to halt production of its famous chocolate bars in Tasmania on Wednesday after parent company, Spanish food giant Mondelez, was hit by the virus that erupted in Europe and quickly spread to a host of multinational companies.

Law firm DLA Piper was also caught up in the attack and took down its systems "as a precautionary measure".

Experts fear it will spread and be more difficult to conquer than the WannaCry ransomware virus that infected 300,000 computers worldwide in May.

Mr Tehan said no Australian government departments had been affected. 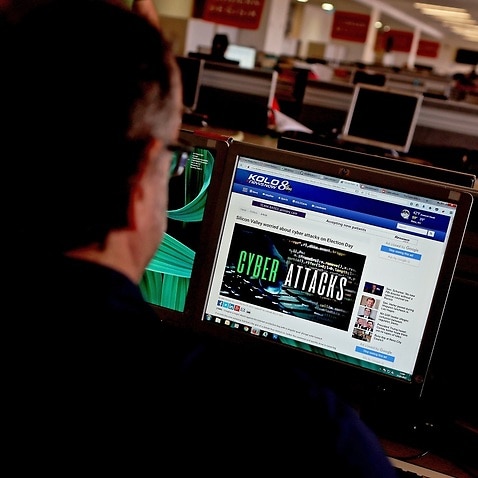