Australia's most prestigous universities have responded to the Turnbull Govenrment's latest higher education reforms saying "there is no pain relief and no reform".

The Group of Eight, Australia’s most prestigious universities, says the Turnbull Government is treating the higher education sector as a “drain” on the budget.

Responding to Education Minister Simon Birmingham’s pre-budget announcement that students can expect higher fees and universities less funding, the Go8 said it was at odds with the Prime Minister’s innovation agenda.

“We cannot welcome a package which is characterised by cuts to university funding and increases to students, especially given our contribution to the broader economy,” Go8 CEO Vicki Thomson said.

Institutions will be hit with an “efficiency dividend” of 2.5 per cent, instead of the planned 20 per cent cut to university funding. 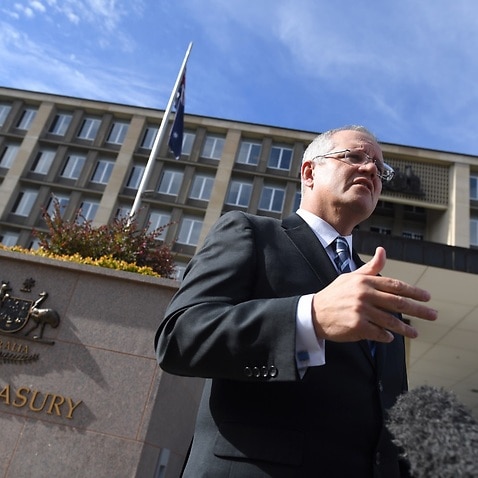 Ms Thomson said that the sector continues to work within a “distorted” funding model which relies on the fee-paying international student market, external support and philanthropy to cross-subsidise domestic teaching and research.

She added that the higher education sector “contributes an estimated $22 billion” each year as the nation’s third largest service sector export and is a “budget revenue” not a “budget cost”.

“It is disappointing that our value to Australia through our graduates, and our life-changing and life-saving research, can be so conveniently ignored.”

“We have been doing Budget ‘lifting’ for too many years. It feels as if we are being ask to laud the 2017 package for hurting us less than had been intimated,” she said.

“This year’s decisions do not make our life any easier.”

The government said 7.5 per cent of universities' funding from the Commonwealth Grant Scheme will be dependent on an institution's ability to meet admission requirements and financial transparency.

The Go8 said the package does not provide a long-term vision for the future to sustain the success of the sector, adding that the Turnbull Government was ignoring the research and scholarship, innovation and engagement contributions made by universities.

“The Go8 spends $6 billion annually on research and undertakes 70 percent of the Government funded research in Australia,” Ms Thomson said.

“We receive $2.5 billion in research funding - so clearly there’s a shortfall.

“It is disappointing that our value to Australia through our graduates, and our life-changing and life-saving research, can be so conveniently ignored.”

Once graduating students will have to pay off their HELP debt quicker, with the threshold dropping to $42,000 from $55,000.