Professor Peter Shergold will chair the review, which is due to report in February next year.

The federal government has announced an independent review into the employment, settlement and integration outcomes of refugees.

Professor Peter Shergold has been tasked with finding ways to improving the settlement outcomes of humanitarian entrants.

“I have asked Professor Shergold to provide my Government with advice on how we can better ensure refugees and humanitarian entrants can make valuable contributions to our society and our economy," Prime Minsiter Scott Morrison said.

Jobs the key to integration: PM

He said ensuring refugees get jobs is a key priority.

"We want to make sure we are doing everything we can to help people get jobs, and integrate into the community," Mr Morrison said.

“Having a job gives people financial independence, increases their personal connections and is one of the quickest ways to improve language skills."

Immigration Minister David Coleman says the review is a timely look at how Australia is meeting its obligations to build "an even stronger and more socially cohesive society".

“This review will ensure refugee and humanitarian entrants, those that have already arrived and those not yet here, are best placed to succeed and contribute to the Australian way of life," he said.

She said her organisation will be taking the opportunity to share its experience on what has been effective, while also recommending greater co-ordination between governments at a local, state and federal level.

"I'm optimistic that there is a renewed energy to look at a co-ordinated approach across state, territories and the Commonwealth government," she told SBS News.

"There has been a lot of policy talk around regional resettlement, around how we can integrate and co-ordinate our approach better."

"Since the Second World War we have 750,000 humanitarian entrants and refugees arrive on our shores. It has been a wonderful success for this country. And those who arrive today are no different. And I think that we can aptly show that settlement services and the community are doing a great job in settling and integrating."

Labor has proposed increasing the level to 27,000 by 2025 - although the party's official policy will be debated at the national conference on December 16-18. The Greens have previously pushed for 50,000.

In 2015, Tony Abbott's Liberal government announced it would settle an additional 12,000 Syrian and Iraqi refugees. 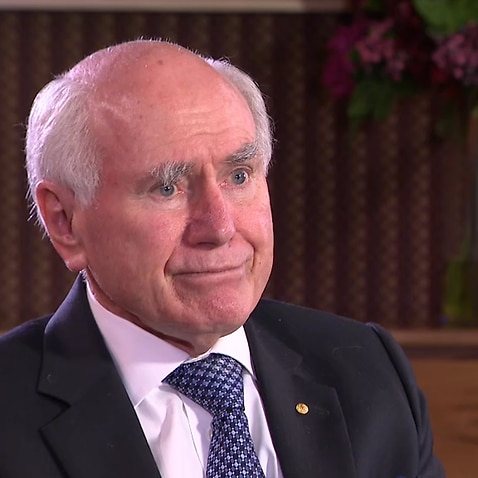 Report due in February

The review into refugee and humanitarian entrants comes as the Prime Minister also plans to reduce the cap on Australia's migration intake amid concerns about congestion from the population growth in Australia's big cities.

A meeting with state and territory leaders resulted in an agreement to ensure they have input in the migration, infrastructure and population planning process.

The leaders have until January to submit their population plans for the Prime Minister's consideration before he announces his pre-election decision.

The review will report its findings to the federal government in February 2019.