As charities get $50 million to distribute food vouchers and provide face-to-face financial counselling, other changes have been made to bushfire assistance.

Bushfire-hit children who have received $400 cash disaster recovery payments will get a further $400 under a plan announced by Prime Minister Scott Morrison on Wednesday.

Mr Morrison revealed a series of changes had been made to a number of schemes, including the child payment, as the government sought to simplify and improve the way the help is being rolled out.

Before the announcement, welfare groups had voiced concerns the level of the payment had not been increased in 14 years. Sheep are seen on a fire-damaged property in East Gippsland.
AAP

"Right now it is all about focusing on the basics people need," Mr Morrison told reporters in Canberra.

He said families would not need to reapply to receive the extra payment, which would be rolled out from next Monday.

As well, the process for applying for payments to volunteer firefighters who have foregone income to help tackle the blazes would be simplified.

Firefighters would not need to substantiate their income losses in applying for up to $200 a day, capped at a total of $6000. However, if they were seeking above $200 a day, up to $300, they would still need to substantiate the claim with a payslip or other information.

Disaster recovery grants of up to $75,000 for farmers have also been tweaked, with the program set to cover major assets for farmers whose residence may not have been affected but their fences or vehicles might have been damaged or destroyed.

The government on Wednesday announced charities will get more government funding to hand out food vouchers, financial counselling and help with basics in bushfire-affected communities.

A total of $40 million would go to charities the Salvation Army and St Vincent de Paul, with $10 million for the National Debt Hotline. The charities would be responsible for divvying out the vouchers as well as helping those impacted by the fires to pay for bills, petrol, clothing and transport costs.

The increased funding for the debt hotline would go to getting locals into bushfire-affected areas to provide face-to-face financial counselling.

But he said the government needed to reduce red tape and clarify which communities are eligible for various forms of help. 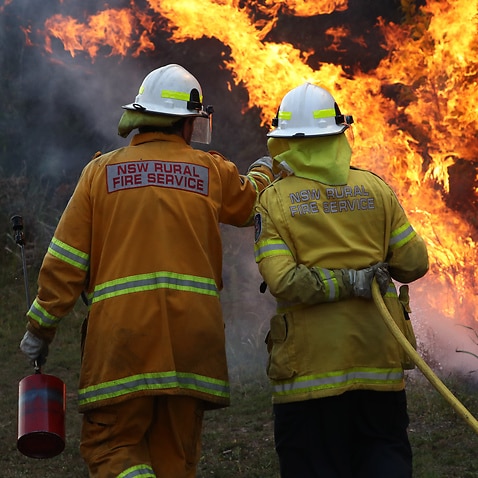 "It should never have been the case that people who have been impacted by the fires were told, 'No, you're not in the right area because the maps are wrong'," he told reporters in Melbourne, ahead of Mr Morrison's media conference.

"[And] it should be the case that people have a single point of entry in order to get the support that they need."

Labor's government services spokesman Bill Shorten said there was precedent from past natural disasters for simplifying the system of helping bushfire-hit communities recover.

"Now is not the time for the feral abacus and bean counters to run relief," he said.

"Understand people have been traumatised. Let's get on with the business of helping people with the long journey of recovery. A bit of generosity in this point of the bushfire cycle would go a long way."