Startups had feared they would miss out on the JobKeeper program.

The Federal Government is set to relax criteria for businesses to access the JobKeeper wage subsidy to ensure startups don’t miss out.

Criteria for the $130 billion package announced on Monday required small to medium sized business to show a 30 per cent loss in revenue compared to the previous year in order to get the $750-a-week wage subsidy for employees.

That requirement sparked concerns that startups that have shown rapid growth wouldn’t be eligible even though they were also impacted by the coronavirus pandemic.

In response, the government amended the criteria, releasing an updated fact sheet on Tuesday stating that there was "…discretion to set out alternative tests that would establish eligibility in specific circumstances".

“For high growth companies it is very likely they would’ve grown quite substantially over the past 12 months and so even if they had been heavily hit as a result of the coronavirus pandemic they may still not meet the criteria,” he said.

“The original information didn’t factor in fast growth or variable revenue business which is now covered under these new amendments. “It might seem like only a small change to the criteria but there would be at least 5,000 to 10,000 companies that make up this sector in Australia and they would employ on average 10 or more employees each.

“The reason there was so much concern is because the JobKeeper package is a very welcomed and much needed measure that has allayed a lot of worry for both employers and employees during such a difficult economic period.”

“We’ve been growing at 18 per cent a month for the past seven to eight months, but over the past two months we’ve seen that growth come off,” Mr Davidson said.

Founded in 2015, GoFar develops technology which tracks vehicle mileage and fuel consumption to help improve driver performance but since the coronavirus outbreak sales have stalled.

“We have been preparing for a growth trajectory but now as people are uncertain about their economic position we have seen that have a serious effect on the business." 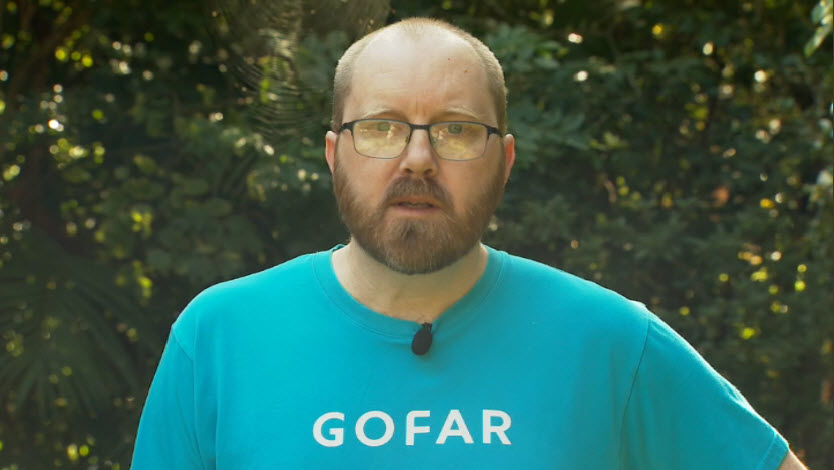 Ian Davidson says the growth of his business has dropped off due to coronavirus.

“JobKeeper seems like a helpful and simple scheme. If we are eligible it could inject $7,200 into the business to cover the cost of my four Australian employees which would make a huge difference.

“Any flexibility on this so that it does apply to startups, and startups that have grown a lot in the last year, would be fantastic in keeping our team together and then grow when the growth comes back.”