The board of the Australia chapter of the Digital Games Research Association is drafting a letter to the Governor-General requesting Adrian Cheok's Order of Australia be revoked. 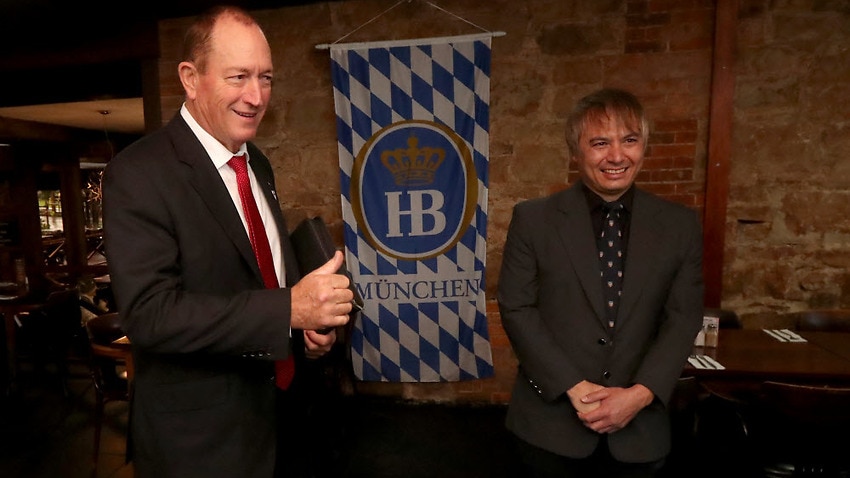 A challenge is expected to be launched over the award of a Queen’s Birthday honour to an academic and former far-right political candidate.

Professor Adrian Cheok, who made his name in artificial intelligence and by advocating for sex with robots, was made a member of the Order of Australia for his "significant service to international education".

He also ran as a candidate for the far-right Fraser Anning Conservative National Party in Boothby, South Australia at the federal election.

The board of the Australia chapter of the Digital Games Research Association (DGRA) is currently drafting a letter to the Governor-General requesting Professor Cheok’s honour be terminated.

“Our reasons for doing this are due to Professor Cheok's well-documented poor behaviour towards scholarly colleagues, primarily through Twitter, and more importantly his discriminatory views that have seen him wilfully align himself with [the likes of] Fraser Anning,” president Brendan Keogh told SBS News.

“While Professor Cheok is, of course, entitled to his own personal views and political leanings, we find it worrying that someone who regularly expresses explicitly sexist and racist views would be chosen to represent the values of the nation through such a prestigious award.”

Earlier this month, Guardian Australia published a series of stories about Professor Cheok and prior accusations of poor conduct.

On Thursday morning, he tweeted criticism of the media outlet and the journalist who wrote the stories, calling her a “communist hyena”.

A week before Dr Cheok’s award was announced, he drew condemnation for posting a photo of Labor Senate leader Penny Wong, Labor leader Anthony Albanese and deputy Labor leader Richard Marles with the text "two and a half men" to his Twitter page.

Last year, Professor Cheok was criticised for inviting Steve Bannon, former White House chief strategist and former executive chairman of the far-right website Breitbart, to a conference he was organising.

In 2017, organisers of the Foundation of Digital Games conference in the US state of Massachusetts were forced to issue a formal apology after Prof Cheok made personal attacks on Twitter against academics who raised moral concerns about his research.

Professor Cheok’s use of “aggressive, belittling, or otherwise intimidating language” was “a serious violation of the norms and values” of the conference, the apology said.

Before submitting its letter to the Governor General, the DGRA said it will reach out to academic associations in the fields of computer entertainment and human-computer interaction for potential co-signers.

The DGRA said according to the terminations and cancellations ordinance, the Governor-General can cancel an appointment if the holder "has behaved or acted in a manner that has brought disrepute on the order".

A spokesperson for the Honours and Awards Secretariat, a body within the Office of the Official Secretary to the Governor-General, told SBS News deliberations on any specific nomination were confidential and all candidates are independently checked by the secretariat.

Awards can be withdrawn by the governor general if the recipient commits a criminal offence under Australian or overseas law, the recipient has “behaved or acted in a manner that has brought disrepute” to the awards and if information in the nomination was untruthful or deceptive.

There have been 45 awards cancelled in the past, including that given to disgraced former entertainer Rolf Harris, who was convicted and imprisoned for historical sex offences in 2014.