Prime Minister Malcolm Turnbull has stressed that protecting Australia from Russian-style cyber hacks will be a top priority.

The PM has declared cyber attacks "the new frontier of warfare", describing a serious threat that Australia would be taking further steps to mitigate.

Following a high-level briefing on cybersecurity at the Australian Defence Signals Directorate in Canberra on Tuesday, Mr Turnbull acknowledged that Russia's influence on the US election was a cause for concern in Australia.

"Russian efforts to influence the recent American election and this is acknowledged now on all sides," he said.

"It was controversial for a while politically in the United States, but it is acknowledged that there was Russian interference both in terms of hacking and in terms of seeking to influence the election through so-called fake news." US spy chiefs 'resolute' on Russian cyber-interference in presidential poll Director of the Centre for Internet Safety at the University of Canberra, Professor Nigel Phair, agreed that it was not just the hacking of computers or organisations that individuals should be wary of.

"What we have seen, particularly via the US election is the proverbial fake news story, for example, and we are seeing through social media and other platforms and websites that messages are being distilled, messages are being changed, they can be spun in whatever way," he said.

"So what we are seeing [is] not so much a technical hacking into the platforms, into the infrastructure of organisations, as important as that is, but more the use of social media."

Mr Turnbull said that while there was no evidence that an Australian election had been compromised to date, the risk was omnipresent.

"Alertness, awareness is absolutely critical. We have the means to mitigate the risk. You can't eliminate it completely but it is very important to take those steps to do so," he said.

The minister assisting the prime minister on cyber security, Dan Tehan, added that while there was no reason to doubt the integrity of Australia's electoral system, the government would remain on high alert.

"This goes beyond political games, this goes to the heart and soul of what we are and who we are as a nation," he said.

"We have state elections coming up this year. We have to make sure that they are protected, that when Australians go to vote, they can have confidence that there is no compromise of our electoral system and your democratic process," Mr Tehan said.

Alarm bells sounded among political leaders across the globe after a US intelligence report found that Russia hacked into Democractic National Committee computers during the US Presidential election.

It was believed two spies then leaked 19,000 emails, after accessing encrypted information. Cyber security to ramp up in defence

"What exercises my mind as the defence industry minister is impressing upon businesses that they are potential targets for cyber-espionage as other countries attempt to get into our defence systems through our sub-contractors in defence," he said.

"So behind all our critical requirements for Australian businesses, if they want to be a defence supplier ... they have to have as good cyber-security as the defence department itself."

According to Professor Phair, it was becoming increasingly difficult to track down the source of the cyber-espionage.

"It could be a single hacker on behalf of a state, it could be the whole apparatus of an entire state just going at it really hard. Everyone has got their own motivations online, whether you are a serious hacker, a criminal, or a nation state," he said.

"While we are sitting here today there are people thinking of the next way to exploit a system, exploit a person or even exploit a government."

Prime Minister Malcolm Turnbull stressed that one way to help stave off the threat of an attack was through "good cyber practice" that started at home.

"[People] open attachments from sources they are not familiar with, they're not sufficiently careful in the way they manage their passwords. They don't, for example, use two-factor authentication with cloud-based application and so forth," he said. 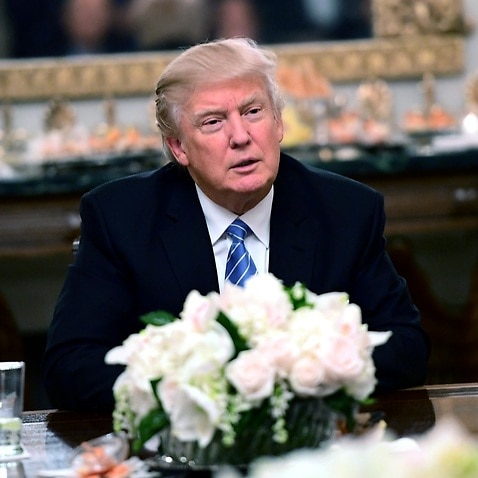