A Haitian children's home has been ravaged by fire leaving more than a dozen children dead.

A fire has swept through a Haitian children's home run by a Pennsylvania-based religious nonprofit group, killing 15 children, officials say.

Rose-Marie Louis, a child-care worker at the home, told The Associated Press that the fire began around 9 pm Thursday and firefighters took about 90 minutes to arrive. The orphanage had been using candles for light due to problems with its generator and inverter, she said.

About half of those who died were babies or toddlers and the others were roughly 10 or 11 years old, Louis said. At least 15 children died in a fire at an orphanage in Port-au-Prince.
EFE

Late Friday afternoon, police raided another home also run by the Church of Bible Understanding and took away several dozen children in a bus over protests from employees.

The fire happened at the group's orphanage in the Kenscoff area outside Port-au-Prince, the Haitian capital.

"It could have been me," said Renadin Mondeline, a 22-year-old who lived in the home with her son, now 6, for about two years until she started making enough money as a street vendor to start renting her own place to live last year. "These little girls inside were just like my baby." 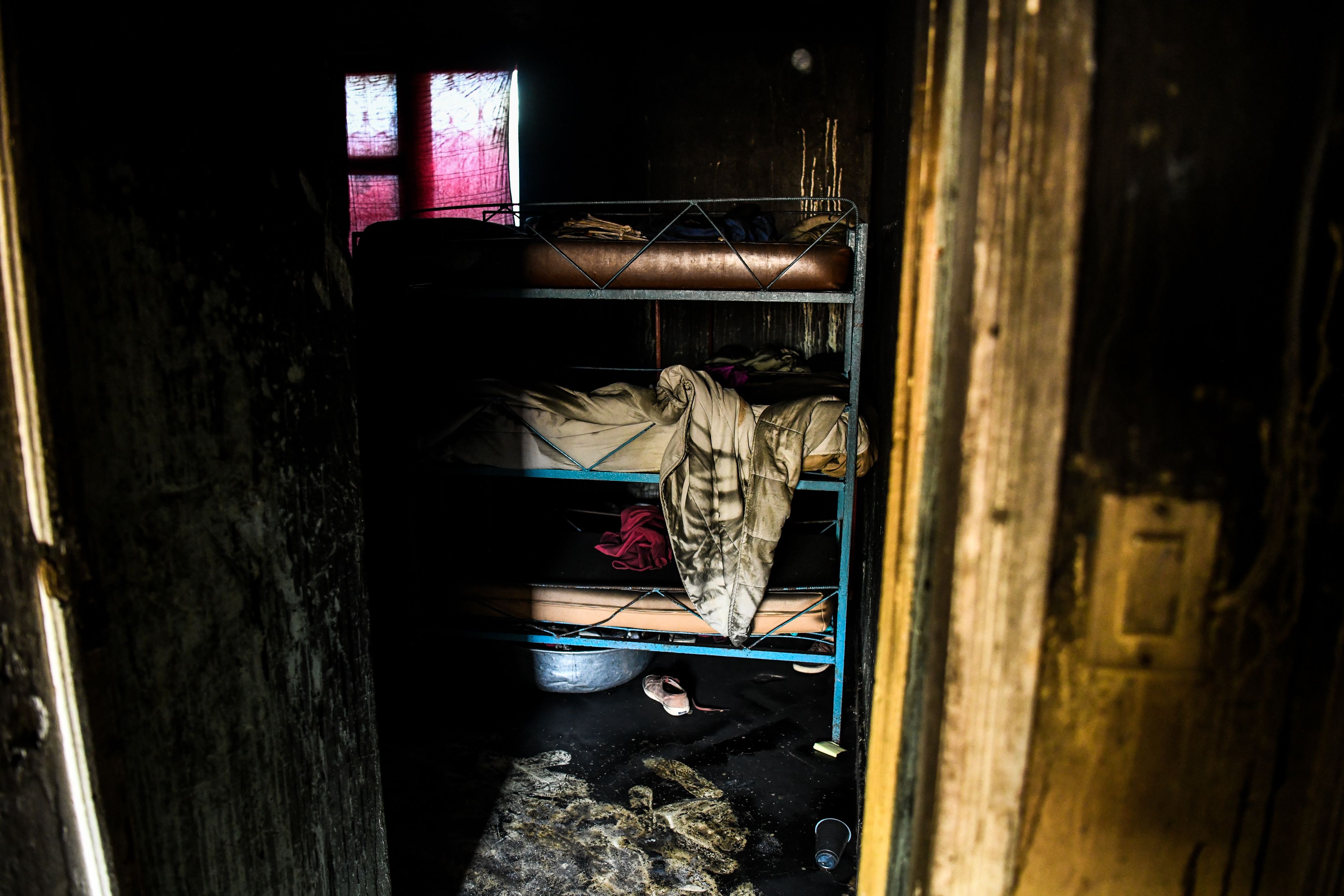 Burned remains are seen in a room inside the Orphanage of the Church of Bible Understanding.
AFP

Rescue workers arrived at the scene on motorcycles and didn't have bottled oxygen or the ambulances needed to transport the children to the hospital, said Jean-Francois Robenty, a civil protection official.

"They could have been saved,"' he said. "We didn't have the equipment to save their lives."

The Associated Press has reported on a long-standing series of problems at the two children's homes run by the Church of Bible Understanding.

"'We are aware of the fire in the children's home in Haiti," said Temi J. Sacks, a spokesman for the group, which is based in Scranton, Pennsylvania. "It would be irresponsible for us to comment until after all the facts are in." 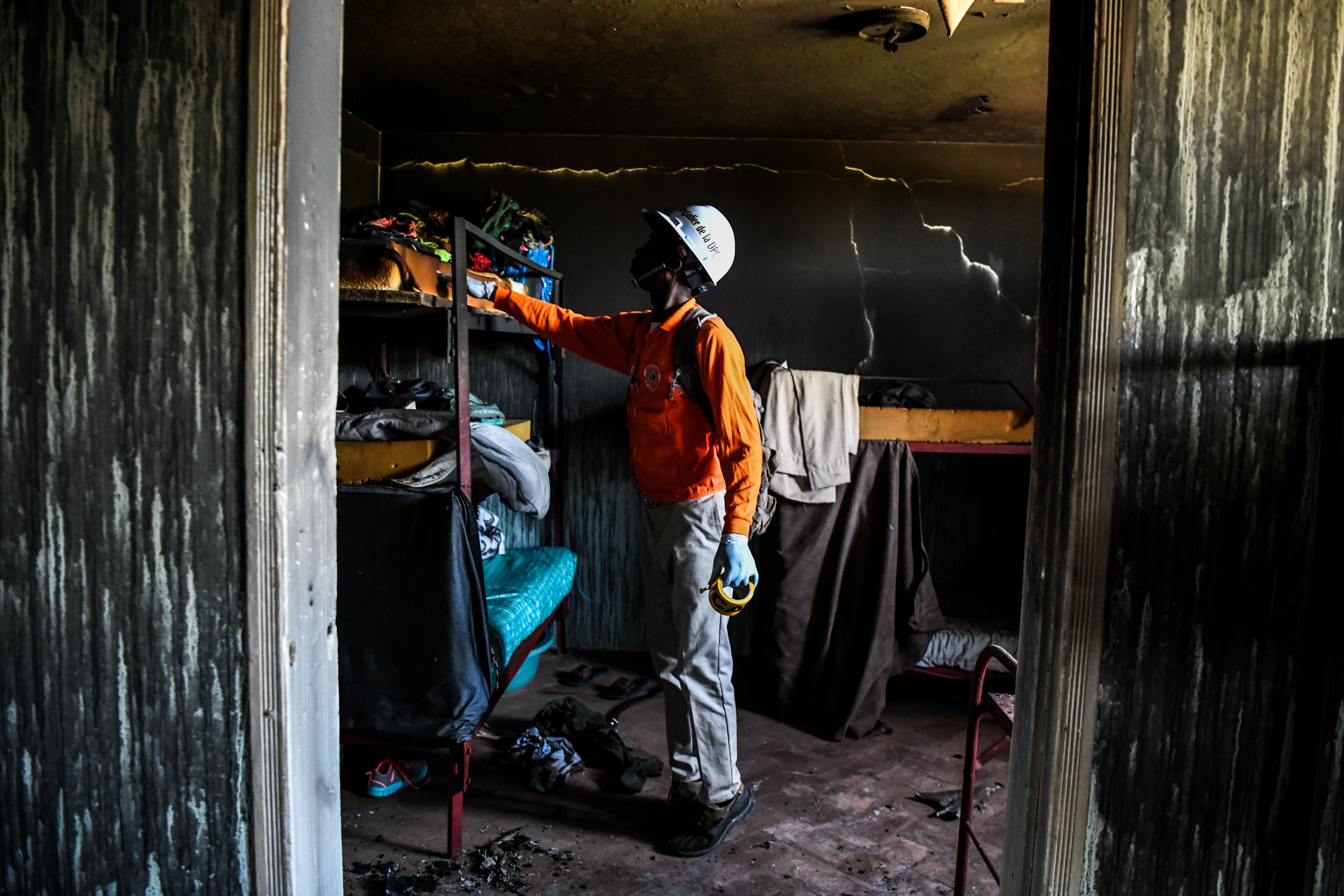 A fireman inspects a room inside the Orphanage of the Church of Bible Understanding.
AFP

The Church of Bible Understanding lost accreditation for its homes after a series of inspections beginning in November 2012. Haitian inspectors faulted the group for overcrowding, unsanitary conditions and not having enough adequately trained staff.

Members of the religious group were selling expensive vintage building fixtures like banisters and chandeliers at high-end stores in New York and Los Angeles and using a portion of the profits to fund the homes. The Associated Press made an unannounced visit to the group's two homes, holding a total of 120 kids, in 2013 and found bunk beds with faded and worn mattresses crowded into dirty rooms. Sour air wafted through the bathrooms and stairwells. Rooms were dark and spartan, lacking comforts or decoration.

The Church of Bible Understanding operates two homes for nearly 200 children in Haiti as part of a "Christian training program," according to its most recent nonprofit organisation filing. It has operated in the country since 1977.

It identifies the homes as orphanages but it is common in Haiti for impoverished parents to place children in residential care centres, where they receive lodging and widely varying education for several years but are not technically orphans.

"We take in children who are in desperate situations," the organisation says in its tax filing for 2017, the most recent year available. "Many of them were very close to death when we took them in." The nonprofit reported revenue of $US6.6 million ($A9.8 million) and expenses of $US2.2 million ($A3.3 million) for the year.