Hamas said Sunday it had agreed to steps toward resolving a decade-long split with Palestinian president Mahmud Abbas's Fatah, announcing it would dissolve a body seen as a rival government and was ready to hold elections.

The statement comes after Hamas leaders held talks with Egyptian officials last week, and with the Gaza Strip run by the Palestinian Islamist movement facing a mounting humanitarian crisis.

Hamas said it had agreed to key demands made by Fatah: dissolving the so-called "administrative committee" created in March, while saying it was ready for elections and negotiations toward a unity government. 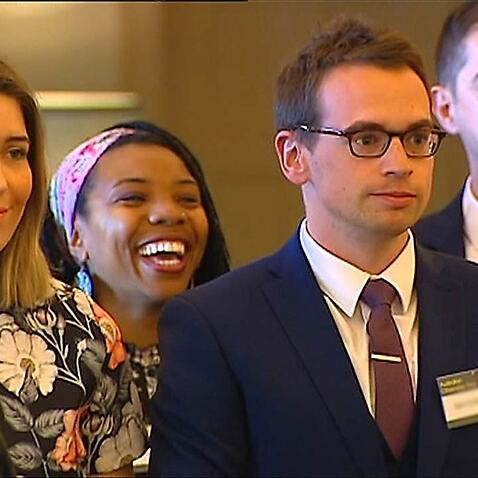 It called on the Palestinian Authority government based in the Israeli-occupied West Bank "to come to Gaza to exercise its functions and carry out its duties immediately".

It was unclear, however, whether the steps would result in further concrete action toward ending the deep division with Fatah.

Hamas for now continues to run a de facto separate administration in the Gaza Strip and is in charge of the security forces there.

Previous attempts to resolve the split have repeatedly failed.

Abbas's Fatah welcomed the announcement, saying it followed "extensive meetings" between its own representatives and Egyptian intelligence officials.

Fatah official Azzam al-Ahmad said a bilateral meeting with Hamas would be organised to begin working out a way forward.

"There will be tangible practical steps in the next few days, starting with the Palestinian national unity government resuming its work according to law in Gaza as it does in the West Bank, in order to continue its efforts to relieve the suffering of our people in the strip and work towards lifting the unjust blockade," Ahmad told official Palestinian news agency Wafa.

The Gaza Strip has been under an Israeli blockade for around a decade, while its border with Egypt has also remained largely closed in recent years.

Abbas is currently in New York for the UN General Assembly meeting, where he is set to speak on Wednesday. UN Middle East envoy Nickolay Mladenov said: "I welcome the recent statement by Hamas announcing the dissolving of the administrative committee in Gaza and agreement to allow the government of national consensus to assume its responsibilities in Gaza."

"It is critical that the grave humanitarian situation in Gaza, most notably the crippling electricity crisis, be addressed as a priority."

In Sunday's statement, Hamas spoke of the "dissolution" of the administrative committee, which was seen as a rival government to Abbas's administration.

Hamas formed the committee in March, and since then Abbas has sought to put further pressure on the Islamist movement, reducing electricity payments for the Gaza Strip among other measures.

Hamas has run Gaza since 2007, having seized it in a near civil war from Fatah following a dispute over parliamentary elections won by the Islamist movement the previous year.

The West Bank and Gaza have not participated in an election together since 2006.

Abbas, whose term was meant to end in 2009, has remained in office with no election held.

The Gaza Strip has meanwhile faced deteriorating humanitarian conditions, including a severe electricity crisis and a lack of clean water.

The coastal enclave of some two million people also has one of the world's highest unemployment rates.

Facing those conditions, Hamas has turned to Egypt for assistance, particularly for fuel to produce power, and has faced pressure to take steps toward Palestinian reconciliation in return.

Israel and Palestinian militants in Gaza, including Hamas, have fought three wars since 2008.

The Jewish state says its blockade is necessary to stop Hamas from obtaining weapons or materials that could be used to make them.

During a visit to the strip in August, UN chief Antonio Guterres called for the blockade to be lifted, saying Gaza was enduring "one of the most dramatic humanitarian crises" he had seen.

Hamas has sought to soften its image recently, though last month its Gaza head, Yahya al-Sinwar, said the movement had increased its military capabilities thanks to newly improved relations with Iran, Israel's arch-enemy.