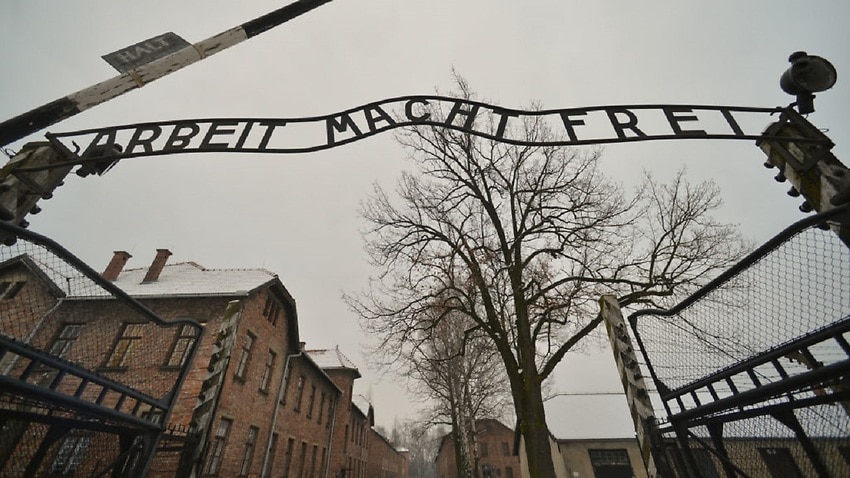 A view of Arbeit Macht Frei sign on the entrance gate to the former Auschwitz 1 camp. Source: NurPhoto/Getty

Findings about Dr Asperger, after whom Asperger syndrome is named, were published on Wednesday in the journal of Molecular Autism after eight years of research that includes the examination of previously unseen Nazi-era documents.

"Asperger managed to accommodate himself to the Nazi regime and was rewarded for his affirmations of loyalty with career opportunities," Herwig Czech, a historian of medicine at the Medical University of Vienna, wrote in the study.

Asperger joined several organisations affiliated with the Nazis, although not the Nazi Party itself, Czech added in the report, published in the journal Molecular Autism.

Czech said he consulted a "vast array" of contemporary publications and previously unexplored archival documents including the doctor's personnel files and case records from his patients.

He quotes a Nazi document from 1940 as saying Asperger "was in conformity with National Socialist [Nazi] ideas in questions of race and sterilisation laws".

In public lectures Asperger declared his allegiance to the tenets of Nazi medicine. From 1938, when the Nazis "annexed" Austria into the Third Reich, he would sign diagnostic reports with "Heil Hitler".

According to Czech, Asperger recommended the transfer of two girls, one aged two and the other five, to the notorious Spiegelgrund facility inside Vienna's Steinhof psychiatric hospital.

This was where nearly 800 children lacking "hereditary worthiness" and "racial purity" died, many of them killed by poisoning and other methods. The two girls were among those who perished, officially from pneumonia.

Asperger was also a member of a committee tasked with deciding the fate of around 200 patients in a children's ward at another hospital, 35 of whom were deemed "uneducable" and later died, according to Czech.

Czech told AFP via email that the evidence he uncovered "bel[ies] the notion that [Asperger] tried to protect the children under his care by embellishing their diagnoses."

Asperger's syndrome, a form of autism, typically involves deficiencies in social and communication skills and is often seen in people of average or above average intelligence.

Asperger first identified children as "autistic psychopaths" in 1944 but his work was only recognised and the syndrome named after him following his death in 1980.

In an accompanying editorial in Molecular Autism, joint editor-in-chief and cognitive neuroscientist Simon Baron-Cohen said that he is aware that the article will be controversial.

But he said: "We believe that it deserves to be published in order to expose the truth about how a medical doctor who, for a long time, was seen as only having made valuable contributions to the field of pediatrics and child psychiatry, was guilty of actively assisting the Nazis in their abhorrent eugenics and euthanasia policies."

Carol Povey, director at the Centre of Autism for the UK's National Autistic Society, said she expected Czech's findings to "spark a big conversation among the 700,000 autistic people in the UK and their family members, particularly those who identify with the term 'Asperger'."

In a recent opinion piece in the New York Times, Edith Sheffer, senior fellow at the Institute of European Studies at the University of California, Berkeley, called for a halt to the term "Asperger".

"Naming a disorder after someone is meant to credit and commend, and Asperger merited neither," said Sheffer, author of the book "Asperger's Children: The Origins of Autism in Nazi Vienna".

"His definition of 'autistic psychopaths' is antithetical to understandings of autism today, and he sent dozens of children to their deaths."