A cross-party committee will decide whether to bind Australian senators to a formal dress code in the chamber, following a referral from the Senate president Stephen Parry.

The review was sparked by One Nation leader Pauline Hanson wearing a black burqa into the Senate chamber in August. The garment completely concealed her face.

But Senate president Stephen Parry stressed security was not the reason for the review.

"Any person entering Parliament House is not permitted through the security screening areas unless that person is clearly identified," Senator Parry said on Monday morning.

"If it was not clear who the person was, then I would have requested that the person be removed."

There are currently no dress code rules under the Senate’s Standing Orders.

“I have today written to the Procedure Committee asking that it considers whether this practice should be modified,” Senator Parry said.

Senator Parry also asked the committee to consider giving the president the power to remove senators if they breach the chamber rules.

The power would be similar to that already held by the Speaker in the House of Representatives.

“I must say from a personal perspective I am disappointed that the Senate will be asked to consider implementing rules, rather than rely upon the personal discretion and good judgement of all Senators,” the president said.

Pauline Hanson said she was “not surprised” her burqa stunt had triggered a review.

“I don’t believe anyone should walk into that chamber at any time with a burqa or full facial covering at all,” she told reporters at Parliament House.

Senator Hanson has repeatedly said the incident was a security concern.

She said Senate security guards never checked her face by asking her to lift the veil on the burqa as she entered the chamber.

But Stephen Parry said a Parliament House guard was asked to escort her from her office to the chamber, on her office’s request. Her identity was checked when she first entered the House, and then vouched for at the chamber entrance by her colleague Senator Brian Burston.

“I want it clearly known that at no point was the integrity of the security of Parliament House ever placed at risk by Senator Hanson, or for that matter or any other person,” Senator Parry said.

“I don’t believe a hat should be worn, as it is by one member in the chamber … [Labor senator Pat] Dodson,” she said. 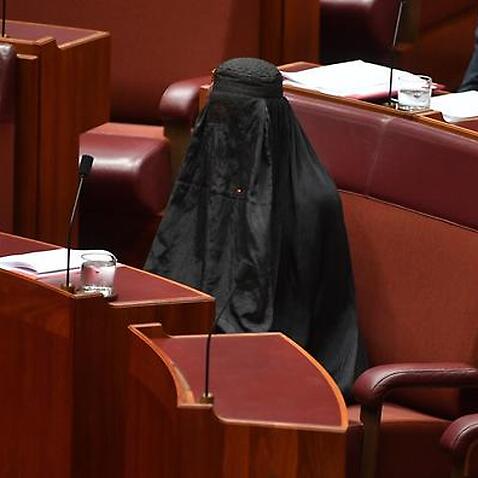 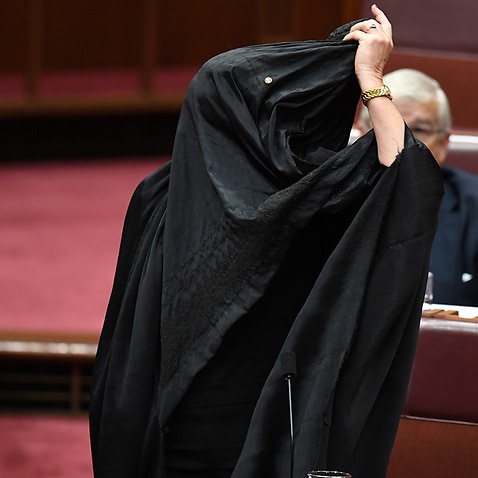