One Nation leader Pauline Hanson says humans are not behind the causes of climate change which she believes has been happening since dinosaurs were around. 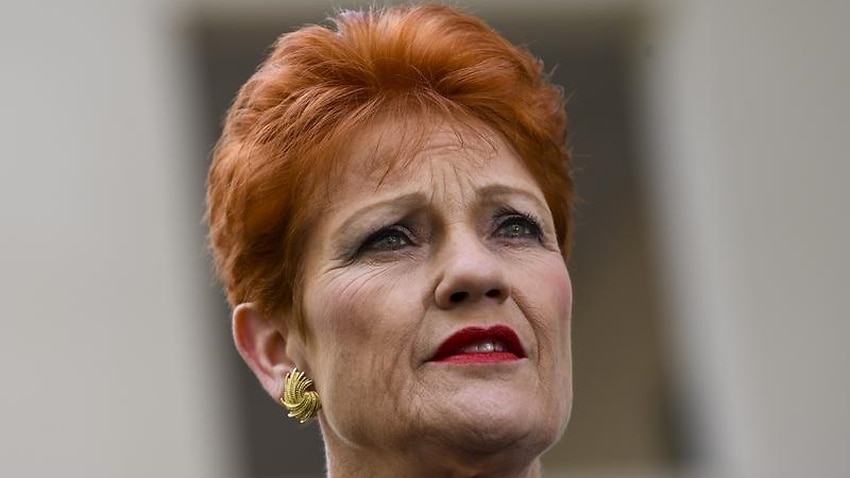 Pauline Hanson has identified "volcano eruptions" and the oceans as major causes of climate change. (AAP)

Pauline Hanson has denied man-made climate change is happening, arguing "fearmongering" is behind global concerns about the environment.

The One Nation leader said the same shifts in climate that caused the extinction of dinosaurs are behind changes the world is experiencing today.

Climate change protests have been happening all over the world. Source: SIPA USA

"This has been man-made, this fear mongering about climate change," Senator Hanson told Nine's Today on Tuesday.

"If climate change is happening, it is not because man is causing it to happen."

Read More
Where the major parties stand on climate change

"There has been changes. What happened to the dinosaurs, how did they die off? Humans didn't create it," she said.

"We have volcano eruptions that actually spew out more carbon emissions and even the oceans do."

Senator Hanson said there was "no scientific fact" about the impact climate change was having on Queensland - despite a wealth of credible, peer-reviewed research on the topic.

"There's no peer review of these scientists," she said.

Read More
Act on climate change like you did on Notre-Dame, activist Greta Thunberg begs EU

Senator Hanson also appeared to question the Bureau of Meteorology's climate data, hot on the heels of an LNP Senate candidate doing the same.

Gerard Rennick, who is in the Queensland LNP's winnable third position, last month accused the weather bureau of rewriting weather records to fit in with the "global warming agenda".

"Our public servants are out of control," he said on Facebook.

"That's very concerning to hear the LNP dance to One Nation's tune on issues like climate change, which the Australian people want a sensible and responsible plan to deal with," he told reporters in Canberra on Tuesday.

"It's a reminder that it's very hard to tell where One Nation ends and the LNP begins."

The bureau has strongly rejected the allegations, pointing to the nation's leading statisticians and mathematicians' support for their methods.