Health Minister Greg Hunt has condemned anti-vaccination protesters that caused NT Chief Minister Michael Gunner to leave his home out of fear for his family. 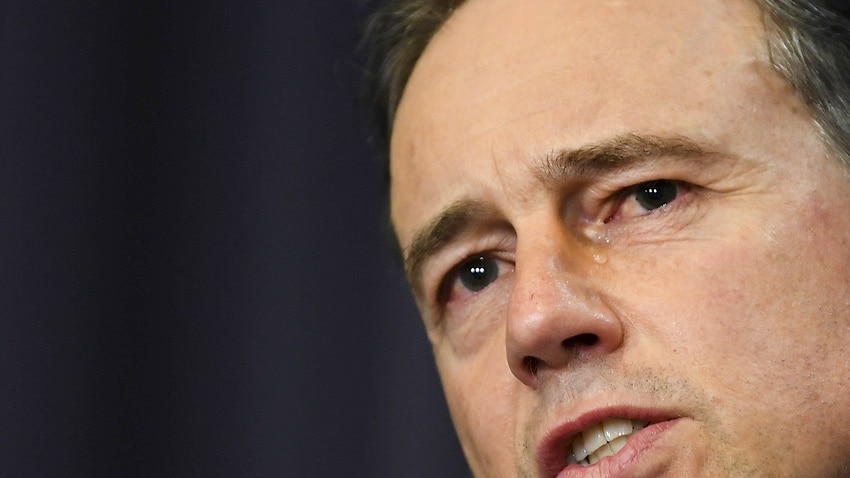 Health Minister Greg Hunt says he has never previously spoken about the threats made against his children. Source: AAP

The family of territory leader Michael Gunner left their home after his personal address was disclosed at an anti-vaccination rally on Saturday.

Mr Hunt shed a tear as he reflected on the situation.

Safety of politicians in the spotlight in Australia

"I've never really talked about it. There was a period where the lives of my children were threatened quite openly a few years ago," he told reporters in Canberra.

"That was a matter of great concern. But we have very fine federal police in this country."

"Let me condemn clearly, absolutely, unequivocally the attack on Michael Gunner's house and what would have been deep concerns for his family," Mr Hunt said.

"To those that think violence or the threat of violence is acceptable in any shape or form: it is not."

Fringe anti-vaccination protesters and lockdown opponents have engaged in violence at protests around the country in recent months with Melbourne experiencing the worst behaviour.

"I don't mean holding our parliamentarians up on any pedestal," he said.

"They are not better than anybody but they're not worse than anybody. They are overwhelmingly public servants that seek to serve the nation.

"There will be differing views and differing approaches but this view of national tolerance and mutual respect is something I believe in passionately."