While the vote is still being counted in key states, Donald Trump’s legal team has already launched a slew of lawsuits. 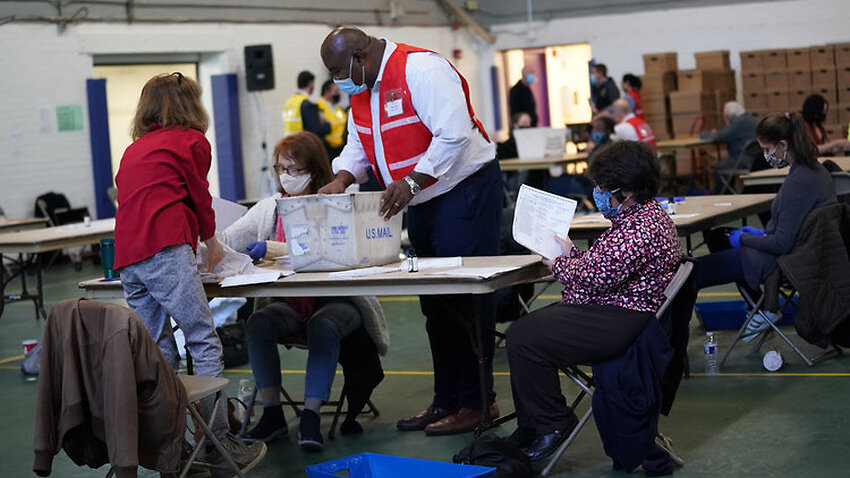 As he falsely claimed victory on the night of the election, President Donald Trump promised to challenge the results all the way to the US Supreme Court.

A slew of lawsuits at various state levels have been launched since 3 November, and both Democrats and Republicans have begun raising funds for the looming legal battles.

Some of the Republican legal challenges have already been thrown out.

Here is a look at each of the legal challenges that have been launched, and what they might mean for the vote count.

Mr Trump’s legal team launched an early lawsuit in Michigan calling for the vote counting to be halted until Republican election observers were given “meaningful access” to vote counting centres.

Later, the Associated Press called the state as one of the first flips for Joe Biden.

Mr Trump alleged that Michigan secretary of state Jocelyn Benson was allowing absentee ballots to be counted without the presence of election observers.

A judge in Michigan quickly dismissed the lawsuit, but there may be further legal challenges.

In Pennsylvania the Trump campaign sued to stop the counting of votes, saying they were not being granted access to observe the count.

Mr Trump had a sizeable early lead in Pennsylvania, which has slipped away as mail-in ballots have been counted in the days following the vote.

That suit joined an existing Republican lawsuit in the state which challenged the ruling that ballots that were sent in the mail by election day could still be counted, even if they don’t arrive at the polling place until three days after the election.

That legal challenge is already before the Supreme Court, who declined to rule on it before election day, but left open the possibility of revisiting the case after election day.

It is unclear how many votes were sent before election day but received in the days following, and whether their potential removal from the count would be enough to shrink the lead Mr Biden has amassed.

In Georgia, another key state that Mr Trump must win, the Republican campaign launched a lawsuit seeking to throw out ballots that had been received after 7pm on election day.

The lawsuit was said to be related to a stack of ballots received after the deadline, but a judge in Georgia quickly threw out the case saying there was “no evidence” of fraud or that the ballots had been received late.

Georgia’s vote is currently close and under the 0.5 per cent threshold gap between the candidates, meaning the losing candidate could request a recount of the vote.

They also complained about a lack of access for poll watchers, though one of the suits was later dropped after an agreement was made with the state's election body to add more poll watchers.

Mr Biden holds a small lead in Nevada as of Saturday.

The Trump campaign has filed a lawsuit requesting a recount of the vote in Wisconsin, which the Associated Press has called for Mr Biden.

Mr Biden’s lead was under the one percent threshold in the state, meaning that a recount will likely be granted.

These are just the legal challenges that have already been filed, and with Reuters on Saturday reporting the Republican Party was seeking to raise $60 million to fund various legal challenges, it's likely there will be many more to follow in the coming days.