A Sydney boy who became India’s youngest ever multiple organ donor in January has reignited the issue of organ and tissue donation in multicultural Australian communities.

At seven years old, Deyaan Udani had a very big heart - one that now lives in someone else.

The Udani family spoke to SBS about their son and his legacy.

Deyaan, his sister and parents were in Mumbai in January when Deyaan began to feel sick.

His mother Mili said after he collapsed and they rushed him to hospital, she was in denial about the severity of her son's illness.

"MRI scans showed he had a clot with multiple blockages and a hemorrhage in the brain," she said.

"I refused to accept the severity or the gravity of the situation. I thought, 'It's going to be fine and he'll be back home in 10 or 15 days in the worst case.'"


Instead, one week after he arrived in Nanavati Hospital, Deyaan was declared brain dead.

His parents then had a choice and through their grief they chose to give their son's liver, kidneys and heart to strangers.

"I told [my wife], we have to fulfill Deyaan's last wishand my family took a decision and were very strong," father Rupesh said.

That decision extended the life of another seven-year-old boy, an 11 and 15-year-old and a 31-year-old man.

At Quakers Hill Public School, where Deyaan was a vibrant member of his Year Four class, organ donation had come up in discussion.

Deeyan came home and told his parents late last year that this was what he wanted to do, to help others if he ever could.

Just months later, his parents were faced with the unthinkable - but they did as Deyaan had asked and donated his kidneys, liver and heart, sparing countless strangers the loss of a loved one.

"Quakers Hill Public School is humbled by the Udani family's generosity in honoring his wishes," Deputy Principal Helen Davis said. "That is exactly who he was when he was alive: a generous, giving person."

"While we are devastated, there is light that his spirit lives on, I don't know any other seven-year-olds who would do that."

Among multicultural communities in Australia, misunderstanding has been a common barrier to organ donation, according to donor advocacy groups.

Members of certain faiths have been unaware doctrine allowed them to accept or donate organs from another person.

To combat this issue, the Commonwealth Government has contacted religious leaders across a spectrum of faiths, to give written approval of donation to their constituents. 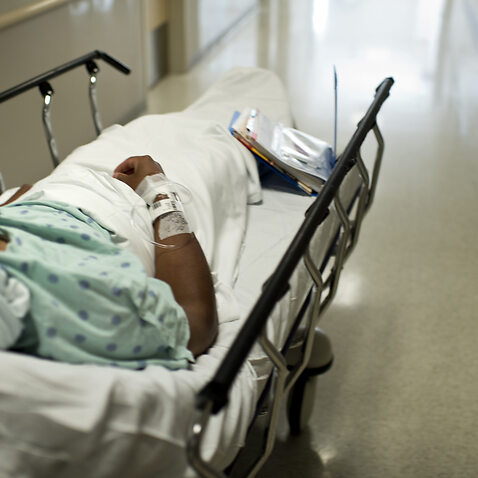 According to the New South Wales Multicultural Health Communication Service, there is no single faith that condemns organ and tissue donation in Australia.

MHCS, in partnership with the Organ and Tissue Donation Service NSW, has launched an education and public awareness campaign.

"One in five Australians is of a migrant background, and we are seeing a comparatively low donor registration rate in migrant communities," MHCS project manager Michael Camit said.

"If just one person is a viable organ and tissue donor, they can save the lives of up to 10 people."

The Indian Welfare Association will hold a performance called 'Life Changes' on March 12 at the Roselea Community Centre in Carlingford, targeting the Indian community to raise donation levels.