Early Homo sapiens roamed Africa 300,000 years ago, sporting modern-looking faces that would not stand out in a crowd today, according to research published Wednesday that pushes back our origins by a hundred millennia.

A groundbreaking fossil discovery in Morocco obliterates two decades of scientific consensus that our forefathers emerged in East Africa about 200,000 years ago, according to two studies published in the science journal Nature.

Two teams of researchers reported on skull and bone fragments from five ancient humans, along with the stone tools they used to hunt and butcher animals, from a prehistoric encampment at Jebel Irhoud, not far from modern-day Marrakesh.

"This material represents the very root of our species, the oldest homo sapiens ever found in Africa or elsewhere," said palaeoanthropologist Jean-Jacques Hublin of the Max Planck Institute for Evolutionary Anthropology in Germany.

"Regarding Homo sapiens, what we say is that the dispersal of the species predates 300,000" years ago.

Previously, the oldest dated Homo sapiens remains, at 195,000 years, were from Ethiopia. This led to the contention that East Africa was the evolutionary "Garden of Eden" where our species arose before spreading through Africa and beyond. The new results suggest the so-called cradle of humankind was continent-wide, the teams said.

The same types of "Middle Stone Age" tools found with the Moroccan group, and dated to roughly the same period, have been found in several spots around Africa, but were previously thought to have been made by a different Homo predecessor.

Now it seems likely that they were produced by our own species, living in separate groups spread throughout the continent.

"Long before the out-of-Africa dispersal of Homo sapiens, there was dispersal within Africa," said Hublin.

With few fossil remains to work with, the evolutionary history of modern humans is full of holes and relies heavily on conjecture.

It is believed that our lineage diverged from Neanderthals and Denisovans more than half-a-million years ago, but evidence for what happened since is hard to come by.

The new data suggests that an archaic version of our own species shared the planet with related groups such as Neanderthals, Denisovans, the more ape-like Homo naledi and the pint-sized Homo floresiensis or Flores "hobbit".

Brain size was similar too, though arranged in a flatter, more elongated skull.

"If they would have a hat, probably (they) would be indistinguishable from other people," Hublin told journalists ahead of the study release. "It's the face of people you could cross in the street today."

More likely to give them away would have been a strong, stocky, muscular body. Human remains, including a skull, were first discovered at the Jebel Irhoud site by miners in the 1960s.

For the new study, the teams relied on these old fragments but also newer ones dug up since 2004.

Dating was done by thermoluminescence, a pinpoint-accurate technology which measures the accumulated exposure of stone minerals to radiation generated by heat from the Sun, a volcano, or a human cooking fire.

They used the technique on burnt flint stone flakes discovered with the skull, tooth and long bone remains belonging to three adults, a teenager and a child of about eight.

The researchers said their work revealed a "rather more complex picture" of the physical evolution of our species, with different parts of the anatomy changing at different rates.

While the face shape was determined almost from the start, today's high, rounded skull took millennia to evolve.

"The story of our species in the last 300,000 years is mostly the evolution of our brain," Hublin said.

This fits with genetic analysis showing a series of mutations in the modern human lineage, compared to Neanderthals and Denisovans, in genes involved in brain development.

"Maybe what we see in terms of gradual change in the brain case... might be the effect of the accretion of these mutations," said Hublin. 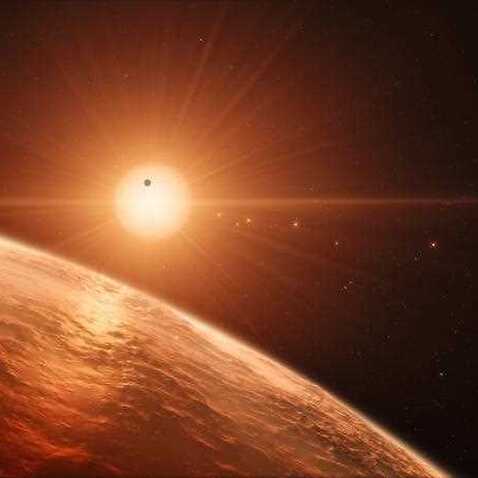 What set our species apart, even from this early phase?

Compared to Neanderthals, early Homo sapiens had a larger cerebellum -- the part of the brain that governs body movement.

"So it looks like we, our lineage, is the lineage where we started to grow a bigger and bigger cerebellum already at this stage," said Hublin.

"It's one of the features distinguishing us along all these hominins."

Experts not involved in the research praised the findings.

"This is a major extension of the evolutionary record of our species," added Lawrence Barham, an archaeology professor at the University of Liverpool.