Media magnate Jimmy Lai has reportedly been arrested over his participation in a march that was part of Hong Kong's months-long pro-democracy movement. 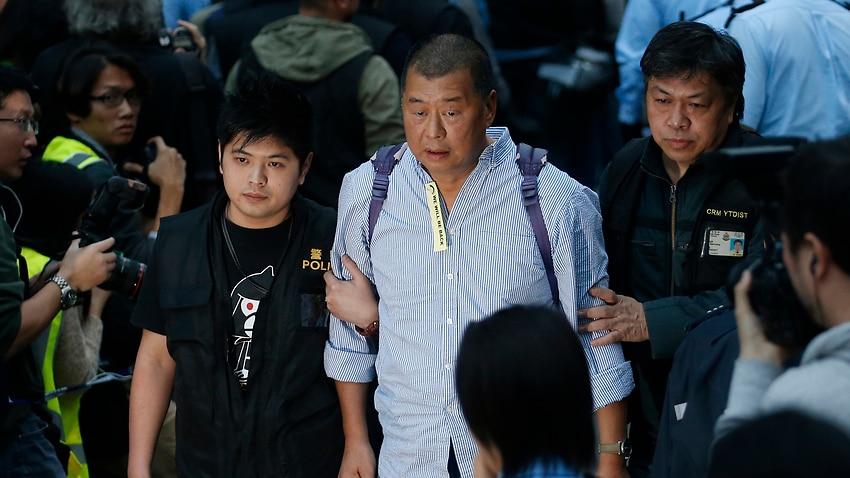 Hong Kong publishing tycoon Jimmy Lai, an outspoken critic of Beijing, and two other pro-democracy activists were arrested by police on Friday on charges of illegal assembly, according to local media.

Mr Lai, a self-made millionaire who has been a major financial patron of Hong Kong's pro-democracy movement, was picked up by police at his house, Cable TV and TVB News reported on Friday.

Apple Daily, one of the publications under media company Next Digital in which Mr Lai is non-executive chairman, said he was accused of participating in an illegal march on 31 August.

Fire caused by protesters and others is seen during a pro-democracy protest in Wan Chai, Hong Kong on 31 August. Source: AP

Hong Kong police said in a statement they would hold a media briefing on the arrests later on Friday.

The arrests come after a period of relative calm in the Asian financial hub following months of intense anti-government protests.

Hong Kong saw one of its worst clashes on 31 August, with police firing tear gas and water cannons at pro-democracy protesters who threw petrol bombs.

Authorities in Hong Kong have arrested more than 7,000 people for their involvement in the protests, many on charges of rioting that can carry jail terms of up to 10 years.

It is unclear how many are still in custody.