SBS News looks at what the coronavirus outbreak means for the nation's public transport users.

As COVID-19 cases spike around the country, authorities are urging Australians to practice "social distancing" measures.

This means no shaking hands, no hugs or kisses, and generally trying to stay around 1.5 metres away from each other whenever possible.

The latter is easier said than done if you're at Sydney's Town Hall Station or inside a packed Melbourne tram during peak hour.

So what does social distancing mean for the nation's public transport users?

Can you practice social distancing on public transport?

The short answer is: not always.

But, according to University of Sydney health security expert Adam Kamradt-Scott, that's not too big a problem, at least for the time being.

"We're now seeing evidence of very limited community transmission ... But there's no cause at this point to start to radically alter our behaviour," he said.

So if you ride public transport to school, university or work, keep doing so. "There's no evidence around the world that this virus is airborne ... It's spread through droplet form, so basically when people cough and sneeze," he said.

"So for the everyday commuter, the main piece of information they need to take away is regular hand washing, avoiding touching your face while you're on public transport and practice cough and sneeze etiquette," he said.

"Those measures are going to be very important in reducing personal risk of exposure." 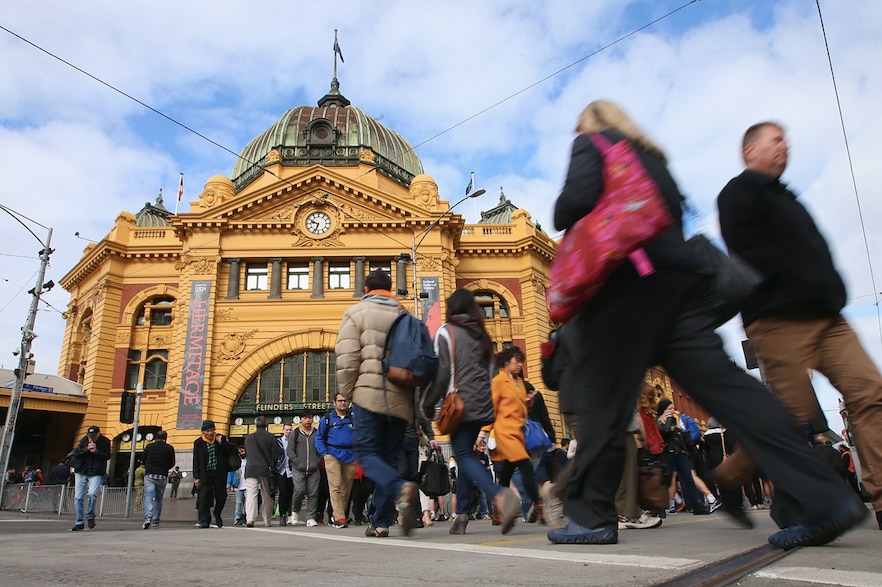 Associate Professor Kamradt-Scott added that unless someone is actively coughing and sneezing, then the personal risk of exposure is "actually quite low".

"If you see someone who is visibly unwell on public transport, there's no need to recoil in horror, you just need to move carefully away from them so you can reduce your potential risk of exposure."

He said to be at risk of COVID-19, an individual needs to be in the presence of someone with the virus for at least 15 minutes continuously.

So everyone can ride trains, buses and trams for the time being?

Associate Professor Kamradt-Scott said there were some groups who should avoid public transport in these early stages of the outbreak. 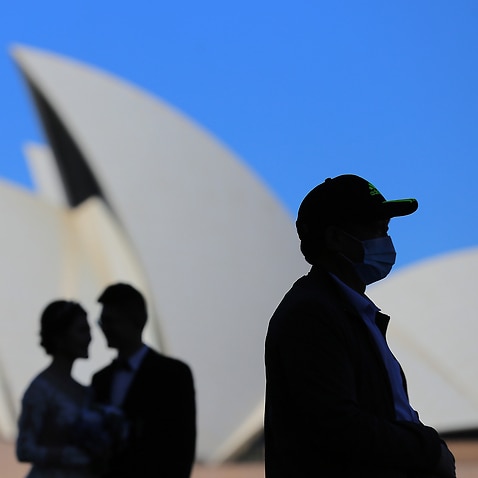 He said people who are unwell - especially "those that are coughing and sneezing" - should refrain from travelling on public transport.

And Australians at higher risk of serious illness from COVID-19, particularly people over 60 and anyone who is immunocompromised should reconsider taking trips for the time being.

What exactly is the government saying?

Messaging around COVID-19 and public transport has been mixed.

At a press conference on Sunday, Prime Minister Scott Morrison said he was advised "not to prevent the operation of essential functions including schools, universities and workplaces, or the operation of public transport".

"However, the principle of social distancing should apply in these settings," he said.

But he did not outline what that exactly meant for public transport users. On Monday, Queensland Health Minister Steven Miles was asked about social distancing and public transport on the ABC.

"[Experts] consider close contact spending more than two hours in a closed space with someone - most public transport trips aren't that long," he said.

"Use your common sense and keep as much distance as you can."

In NSW, where there is the highest number of cases, authorities are encouraging public transport users to change their plans.

A Transport for NSW spokesperson told SBS News that customers should "travel outside peak travel times where possible".

"We are encouraging all our customers to practice good hygiene while on all public transport across the state; this includes not using public transport if you are feeling sick and keeping in mind the distance between you and others." A woman gets on a bus in Sydney.
AAP

A spokesperson for the department outlined the government's general recommendations around social distancing but did not mention public transport.

"The Australian Health Protection Principal Committee is currently refining its advice on social distancing, with updated information to be disseminated to the public once finalised," the spokesperson said.

What if things get worse?

Associate Professor Kamradt-Scott said the government had plans for public transport systems if the outbreak gets far worse than it currently is.

He said as part of the government's pandemic plan, it could increase the number of public transport services.

This, combined with working from home measures and workplaces staggering start times, means people could practice social distancing on trains.

"You could have people sitting at least one metre apart … one person per seat."

Social distancing reduces the risk of catching viruses like #COVID19. You can still work & use public transport but you should avoid crowds, stay 1.5 metres away from others, avoid shaking hands, hugging & kissing & avoid visiting vulnerable people. https://t.co/0bwUhxe0or pic.twitter.com/8zexd1tUEk

But he said there should never be a complete shutdown of public transport.

"It's important that public transport doesn't halt because for many people that's their only transport," he said.

"Even in the midst of a pandemic some people will have to go to work because they provide critical services that keep society functioning."