As coronavirus cases continue to surge in Victoria, some states and territories are rethinking their plans to reopen their borders. 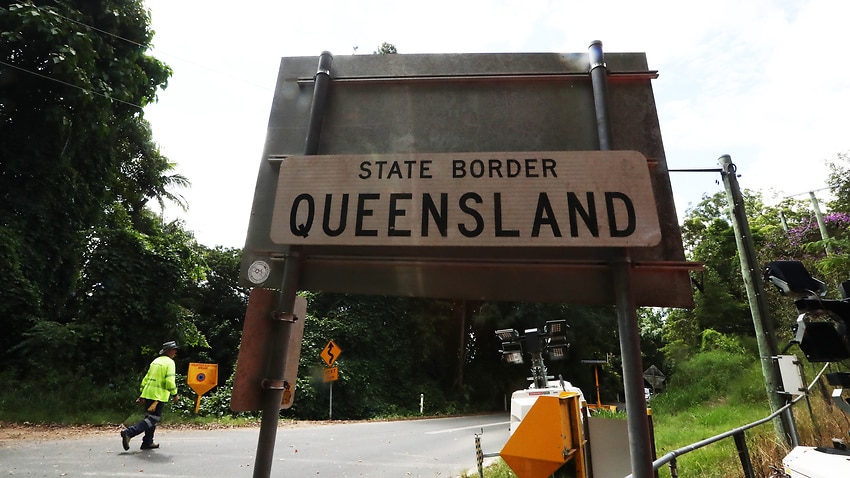 While the number of new coronavirus cases around the country remains generally low, a localised spike in Victoria has some states and territories concerned about reopening their borders.

Most jurisdictions were on track to reopen their borders in July, but some have now changed those plans.

All jurisdictions are urging travellers to avoid going to hotspots in Melbourne and are discouraging Victorians from travelling to their states.

So what exactly does it mean for Victorians and other Australians planning a domestic trip?

Queensland Premier Annastacia Palaszczuk announced on Tuesday afternoon that the state would continue with reopening the border from 10 July, but not to anyone who has been to Victoria.

Travellers from other states and territories would be forced to sign a border declaration form stating they had not been to Victoria in the last 14 days prior to entering Queensland, with strict penalties for anyone making false claims.

“Due to the current community transmission levels the border with Victoria will remain closed and will be strengthened," Ms Palaszczuk said.

"From July 3 anyone (travelling) from Victoria will be prevented from entering, or will be forced to quarantine at a hotel for two weeks at their own expense."

South Australian Premier Steven Marshall announced on Tuesday the state would scrap its earlier plans to open its borders to all interstate travellers on 20 July.

The move was a direct response to the number of new cases in Victoria.

South Australia earlier this month announced the end of border restrictions for travellers from states with low caseload numbers such as WA, Queensland and the Northern Territory, but had yet to remove restrictions on NSW, Victoria and the ACT.

"Our number one priority is the health, welfare and safety of all South Australians. At this stage we cannot lift that border (with Victoria) on the 20th July as we were hoping to do," the premier told reporters on Tuesday.

Despite the surge in cases in Victoria, the Northern Territory is pressing ahead with its plans to reopen the border on 17 July.

Chief Minister Michael Gunner has acknowledged there is significant community concern regarding the cases in Victoria and has urged Victorians not to travel to the territory.

The NT has also introduced plans for mandatory 14 day quarantine for those arriving from designated hot-spots, though it is unclear whether this will include all of greater Melbourne, or only areas with significant community transmission.

Western Australia’s plan to reopen its border on 8 August has been put on the backburner due to the spike in cases in Victoria.

On the advice of the chief health officer, the border will remain closed until Victoria’s community transmission has been significantly reduced.

Unlike South Australia, there will not be exemptions for states that are performing better than others and the WA border remains closed to all travellers from all other states and territories.

Tasmania’s border is set to reopen on 24 July, but only if safe to do so. So far, there has been no update on how the Victorian situation will affect the timeline.

Last Friday, Premier Peter Gutwein said the situation in Victoria would be closely monitored and reviewed in a fortnight.

Tasmania was the first state to introduce border closures as a part of its effort to contain the coronavirus spread.

Mr Gutwein said the state has been in communication with airlines about providing direct flights to other states that are coronavirus-free or working out transit arrangements so passengers could transit through Melbourne’s airport safely without catching the virus.

There are currently no border closures in New South Wales, the Australian Capital Territory or Victoria, though some from NSW have been calling for the state to shut its border with Victoria.

That would be difficult because of the existence of several border towns spanning both sides of the Murray River, such as Albury-Wodonga.

NSW Premier Gladys Berejiklian has said that Victorian travellers should avoid coming to NSW and has urged tourism providers to encourage people from Melbourne to avoid entering the state.