South Korea has been successful in handling the coronavirus pandemic, allowing the country to ease restrictions. But businesses now need to navigate new ways of operating.

Australian Julia Mellor is normally surrounded by students in a brewing lab in central Seoul.

The 37-year-old from Brisbane has been in the city since 2006 and teaches classes on how to make makgeolli, South Korea’s traditional rice alcohol, and other alcoholic drinks derived from rice and native to the country.

But these days, she’s in the lab alone, and the vibe is much more home-cooking show than classroom.

Like many small businesses in South Korea and around the world, Ms Mellor’s The Sool Company has been hit hard by the COVID-19 pandemic.

But months after the initial outbreak, she has reopened, targeting a new market to survive. 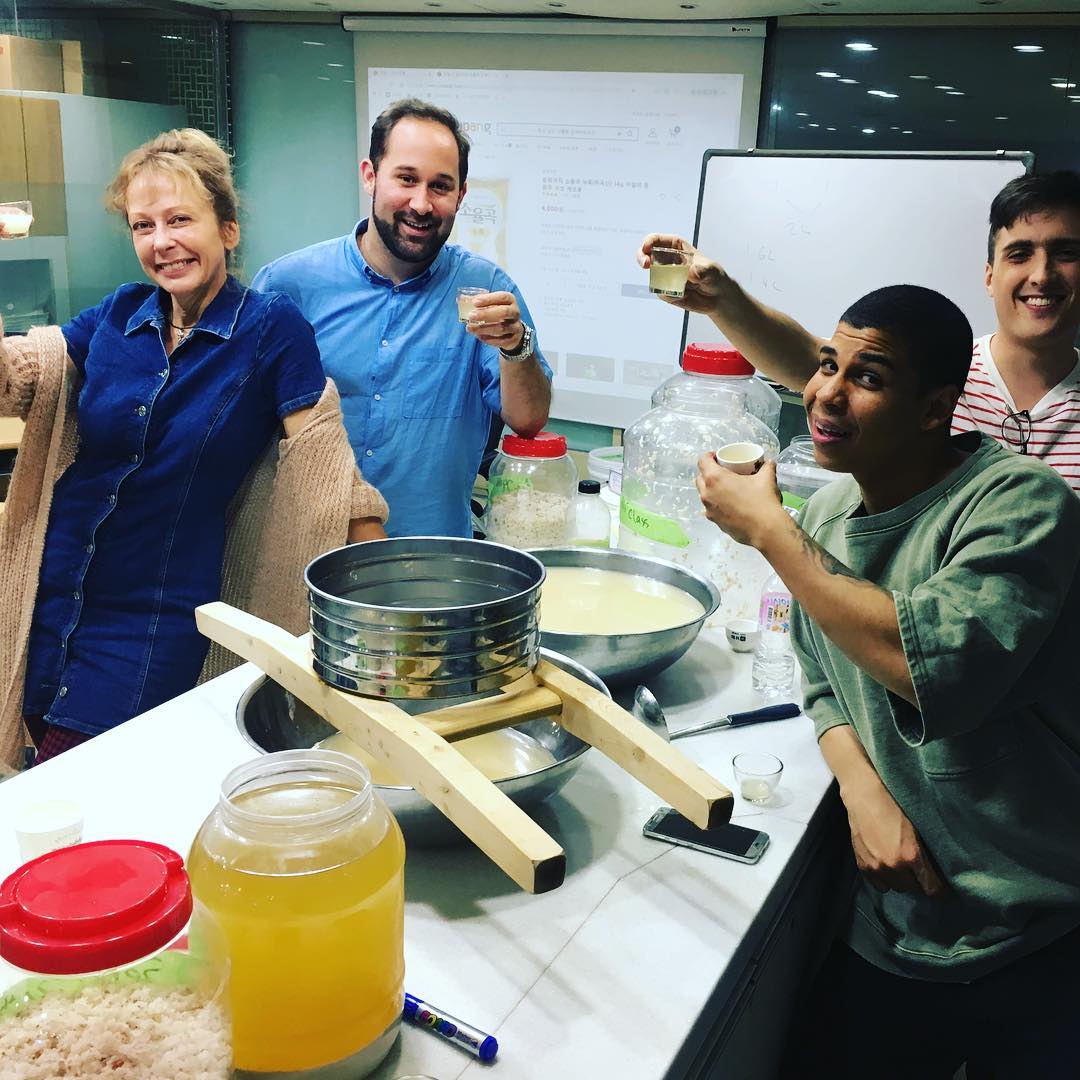 Ms Mellor's in-person classes are now on hold while she focusses on her online business model.
Facebook/The Sool Company

"Things that we normally did for business are different now. Especially for most of my businesses, because they are very person to person, human to human. That interaction is now either limited or nonexistent," she told SBS News.

Ms Mellor is now making videos of her courses to put online and hopes the free and paid content she’s generating will revitalise the company.

She previously organised brewery tours, hosted brewers from overseas interested in the craft and was preparing to launch an export company. 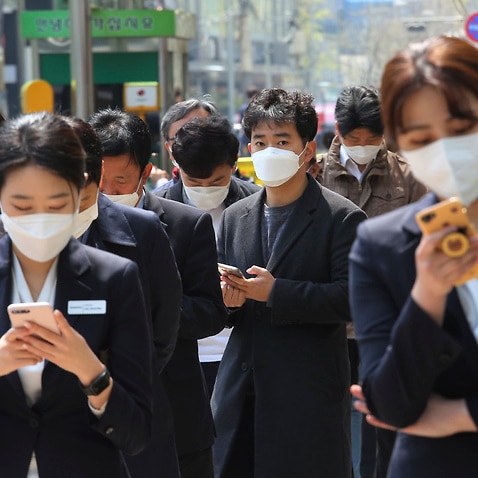 In early March, when South Korea had relatively few cases of COVID-19, she thought she could weather the storm, but the virus quickly spread.

“When the rest of the world has a problem, then we have now lost all of our incoming revenue. So then the online course pretty much became the only option,” she said. Seoul is beginning to get back to normal.
AFP/Getty Images

Her true passion for brewing is in the classroom, and she wants to get students back in the lab soon, but a surge of new infections in Seoul in early May has left her cautious.

Plus, to comply with government recommended social distancing, she’ll have to cut class sizes by more than half.

So instead, she’s concentrating on her online lessons, for beginners and the more advanced, and hope while others are spending more time indoors, they’ll sign up.

“It’s actually really easy. If you want to make Korean makgeolli you really don’t need anything that you don’t have already in your kitchen,” she said.

“If you can steam rice, then you can basically make makgeolli. All you need is the know-how and the basic ingredients.”

The Korean fermentation starter nuruk, which is widely available in Korea and overseas in some foreign food markets, is also easy to order on the internet she said.

While moving your work online is one way to try and get by, it’s not an option for many small businesses.

There was never a lockdown in South Korea. Instead, a contact tracing and testing program was used to bring the spread of the virus under control after a large outbreak in the city of Daegu.

Lately, eased safety measures have led to much more socialising, but the government strongly recommends businesses, especially bars and restaurants, remain cautious. That includes social distancing if possible, and limiting seating is really one of the only ways to manage it.

It’s a hard sell for a business recovering from major losses. 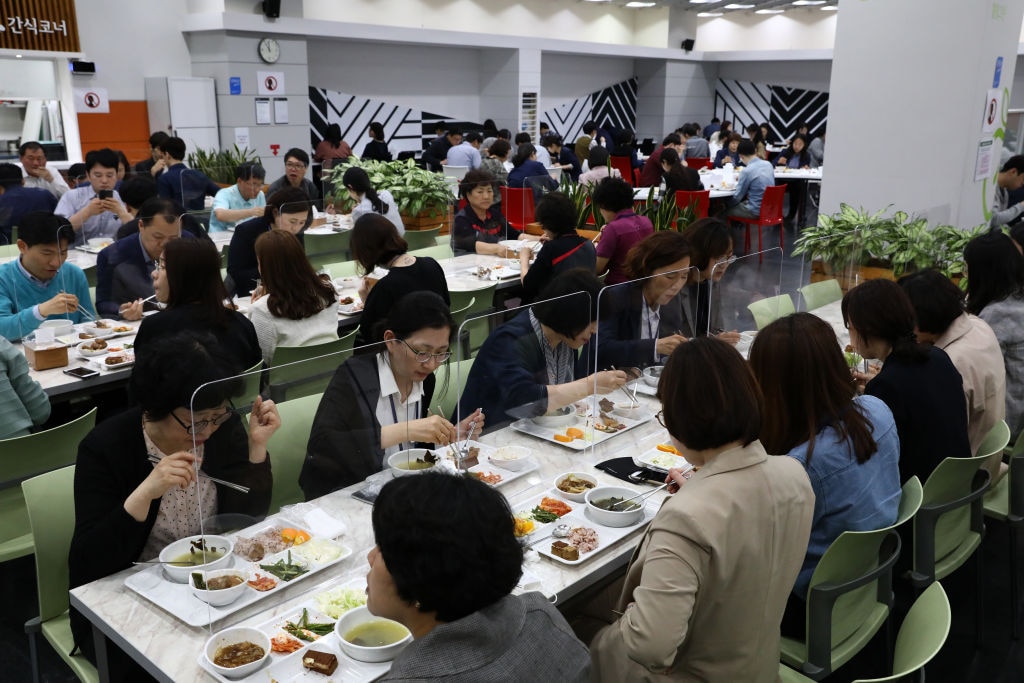 The Korea Foodservice Industry Association says revenue fell by 75 per cent on average for small businesses during the initial outbreak.

“For many, there’s been too much damage for profit and margin to return back to normal. Too much,” said Lee Il-yoo, the head of planning and coordination at the Korea Foodservice Industry Association. 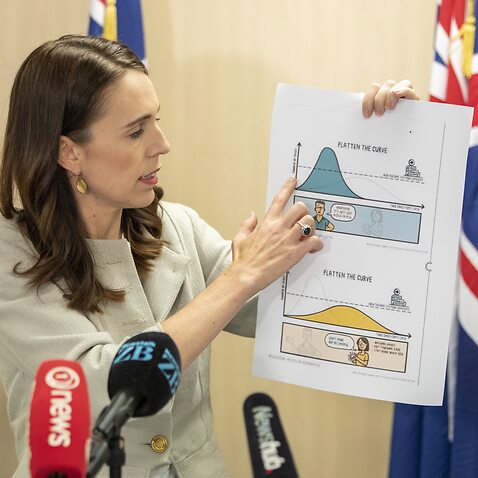 Mr Lee says the government has helped with various tax cuts, loans and incentives for property owners to lower rent, but the outlook is still bleak for many, and Mr Lee says there’s still a big hole in the country’s economy with limited international travel.

Hotels know that better than most. The Grand Hyatt Seoul is seeing new life as the domestic market warms up, reopening its deli and shortly, more of its restaurants.

But South Korea’s health authority maintains its highest alert, level four, and the government still requires all inbound travellers to quarantine for 14 days. “What message does that send to other countries and people potentially wanting to visit Korea?” asked Adrian Slater, general manager of the Grand Hyatt Seoul.

“Until we see that easing, I think it will be difficult to see business levels return to a level that they need to be sustainable going into the future.”

Mr Slater has about 30 rooms full right now, compared to 550 at this year’s peak.

Still, he says he’s behind the government’s response and believes it will lower the alert level soon.

“I put myself in those shoes, right. And a family situation,” said Slater, a long-time resident of Seoul.

“I feel very safe in Korea. I’ve been here right through the whole pandemic. I have been amazed by what Korea has been able to achieve.”

Once business does pick up, he says, guests checking in will find the enhanced sanitation measures they’ve come to expect amid the pandemic.