Eric and Linda Wong had no idea when they migrated from Hong Kong in 1989, that their business success would be linked to a humble Australian shellfish. Now their son's spin-off business celebrates their signature dish.

Billy Wong is busy watching the chef plate a dish of wok-fried pipis in the kitchen of his new restaurant. It's not often a single dish inspires a spin-off.

However, that's exactly what's happened with this latest Wong family business. XOPP is inspired by the name of the dish, XO Pipis.

“Pipis are like clams. They are shellfish that live in sand, and are readily available all year round,” he explained. 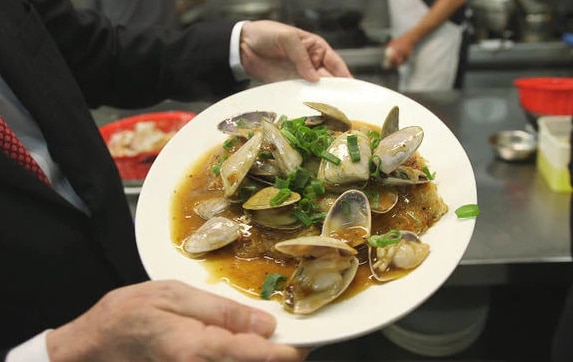 The popularity of XO Pipis has helped the business to success.
SBS

“The way we cook it is to wok fry with XO sauce, that’s a traditional Hong Kong premium sauce that’s made with some of the best (and very secret) ingredients. It’s very fragrant and very delicious,” he said.

Over the years, Golden Century's legendary dish has gradually taken on a life of its own, even named ‘the best dish in the world’ by Momofuku founder David Chang.

"In my opinion, it is the best dish in the world and that's why we named the restaurant after it," Billy Wong said with a smile.

Billy Wong grew up in the family business.
SBS

“XOPP is a restaurant that was initially conceived to appeal to a new generation of diners, yet continue the legacy of Golden Century as a group and a brand,”  Billy Wong said.

It offers a mix of modern and traditional Chinese dishes in a vibrant hub in Haymarket’s Darling Square precinct. XOPP opened in late 2019 on the mezzanine floor of the wood-wrapped Exchange Building.

“When I first saw pictures of the building it reminded me of a steamer basket or birds nest. And it’s become a landmark in Sydney architecture,” Billy Wong said.

It’s built above a round central plaza, and the restaurant's curved interior is styled by Billy Wong’s brother Alex, through his Hong Kong based design business.

Starting out was a challenge for the Wong family. 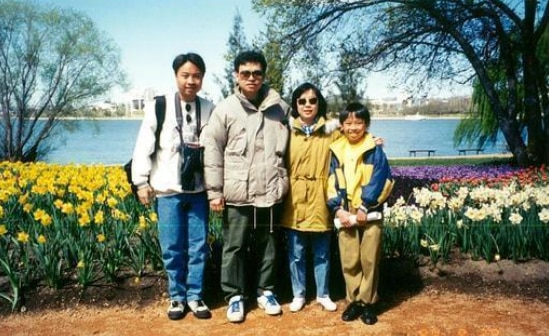 The Wong family migrated from Hong Kong in 1989.
Supplied

Billy's parents, Eric and Linda took over their first venue within weeks of arriving in Sydney 30 years ago.

“At that moment it was a very, very, very difficult time for us with little English, no friends and no relationships, and everything was new,” Linda Wong said.

Their first restaurant had a leaky roof and during storms diners were forced to dodge the drips.

“When outside is big raining, inside is small raining, so everywhere is leaking,” Eric Wong said laughing. 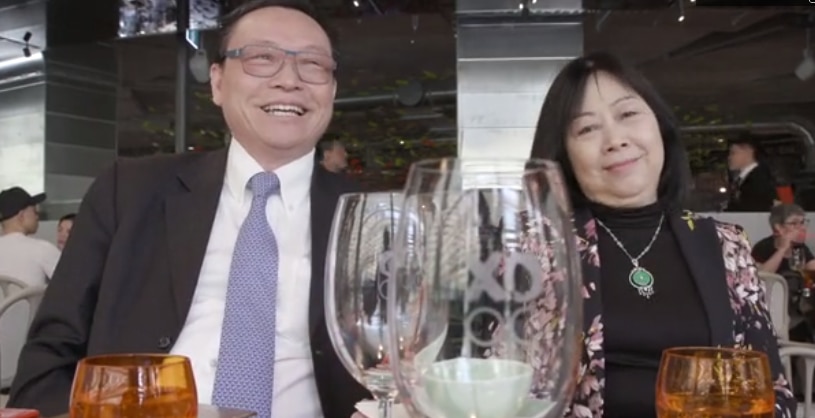 Eric and Linda Wong keep a close watch on the new business.
SBS

Linda added: “You can imagine what it looked like, but the people were very happy to use an umbrella and still eat in the restaurant."

Gradually, they grew the Sussex Street business into one of Australia’s busiest seafood restaurants. It stays true to the same core menu of 250 Cantonese style dishes.

And they still serve up to one tonne of fresh seafood each week, including 300 kilograms of live South Australian lobsters, brought up from dozens of storage tanks under the building.

“Australian seafood is so good, so we first had an idea to keep the seafood live and let customers try and see how much better it is than frozen [seafood],” Linda said.

However, Billy Wong is changing up the traditional Golden Century menu, with a new spin on old favourites.

“It’s a dish that is well loved and fragrant and tasty and something you’d never typically think to do with a vegetable, especially not cauliflower. Yet putting it together just works.”

Billy Wong has literally grown up in the family business and remembers doing his homework at the back of the Golden Century as a child.

“Mum would pick us up from school and we’d actually be in the restaurant until late at night. So when they were finished, they would take us home. That was my childhood,” he said.

“[The staff] were like an extended family. We would spend more time in the restaurant than at home. So the restaurant became our home. So it’s very important that we ‘re passionate about what we do at work.”

Like his father, Billy Wong trained in finance. He holds a Bachelor of Commerce and Science Degree from the University of NSW, and later worked with Credit Suisse.

“I was enjoying working in finance so it took me a long time to decide whether to leave the corporate world and join the family business,” he said. 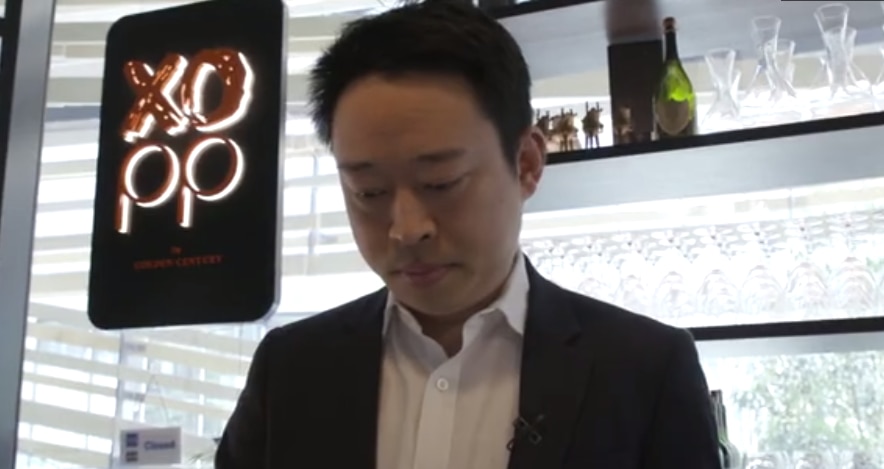 Billy Wong is proud to offer a new concept.
SBS

Billy Wong is now a father of two boys aged seven and four, and says he has limited time to spend at home with his children, who often visit him at work.

“Being in the [hospitality] industry and knowing how hard it can be, we do it because we love what we do and get satisfaction after people have a great meal and come back next time.”

“When the day comes if my sons want to be involved in the family business, they will have to be passionate about it and love what they do, too.”

Parents Eric and Linda still have their hands full overseeing the original business, Golden Century and several other new venues. But they keep a close watch on XOPP and son Billy with no plans to step down.

“At this time I still can work,” Eric Wong said raising hands in the air.

“Mum and dad really enjoy what they do, they are truly passionate about it. So I can’t see them retiring any time soon.” Billy Wong said with a smile.