Hong Kong police arrested about 370 people Wednesday - including 10 under China's new national security law -- as thousands defied a ban on protests on the anniversary of the city's handover to China.

Police used water cannons, pepper spray and tear gas in a series of confrontations with protesters, one day after China drew global criticism for imposing the controversial legislation on the financial hub.

Beijing said the law would restore stability after nearly a year of unrest, but instead it sparked the worst street violence in months. 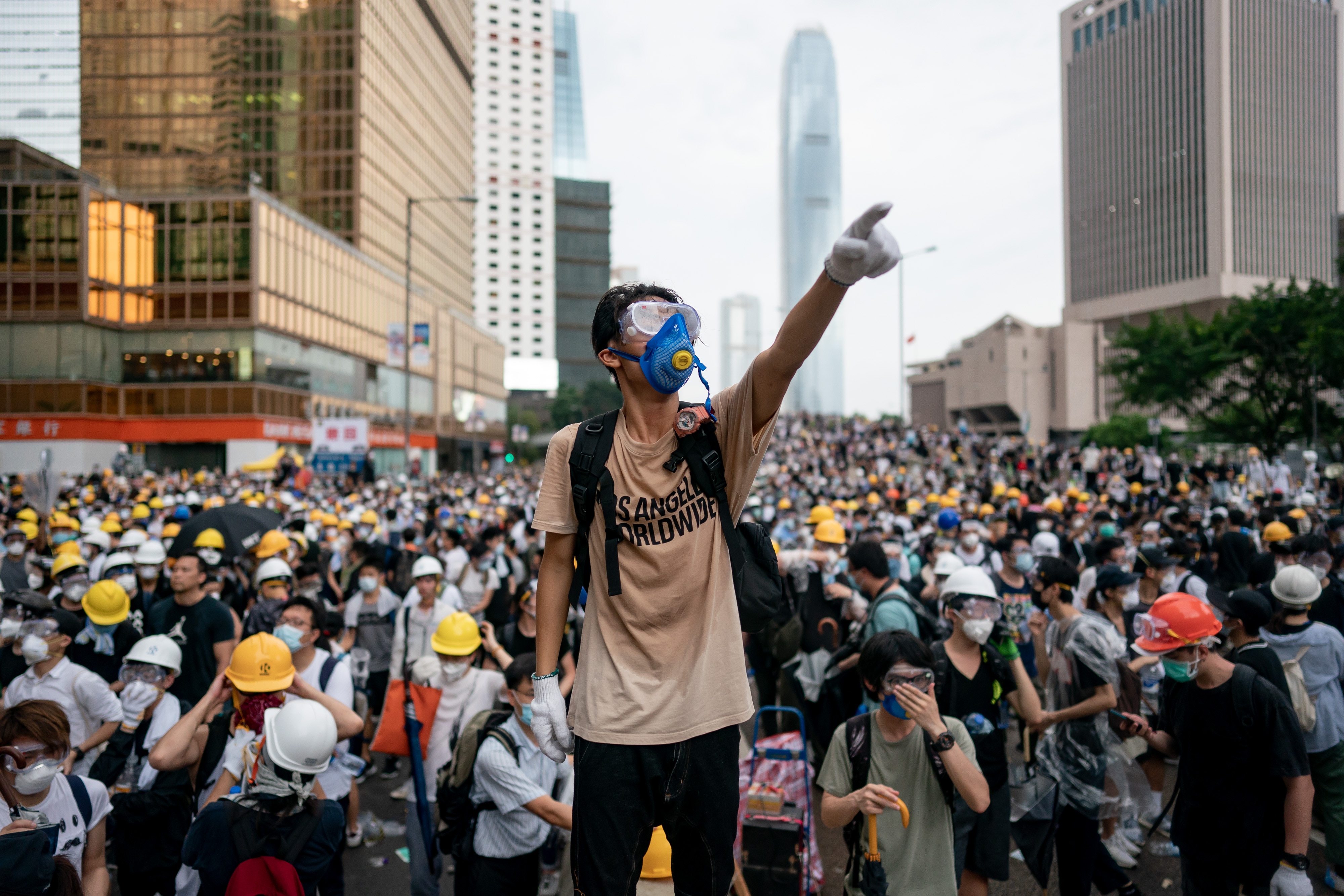 Protests in Hong Kong have reignited again this year over national security and anthem laws.
Getty

Police said seven officers were injured - one was stabbed in the shoulder as he tried to make an arrest, and three others were hit by a "rioter" on a motorcycle.

Details released by police Wednesday accused those arrested under the new legislation of possessing independence flags, stickers and flyers.

"Advocacy for independence of Hong Kong is against the law," security minister John Lee told reporters.

Still, many of those protesting chanted independence slogans - itself now against the law.

"What this authoritarian regime wants to do is to terrorise the people and stop them from coming out," Chris To, a 49-year-old protester, told AFP.

Opprobrium over the law poured in from critics and western governments - led by the United States and Britain - over fears the law will usher in a new era of mainland-style political repression. Under a deal ahead of the 1997 handover from Britain, authoritarian China guaranteed Hong Kong civil liberties as well as judicial and legislative autonomy until 2047 in a formula known as "One Country, Two Systems". 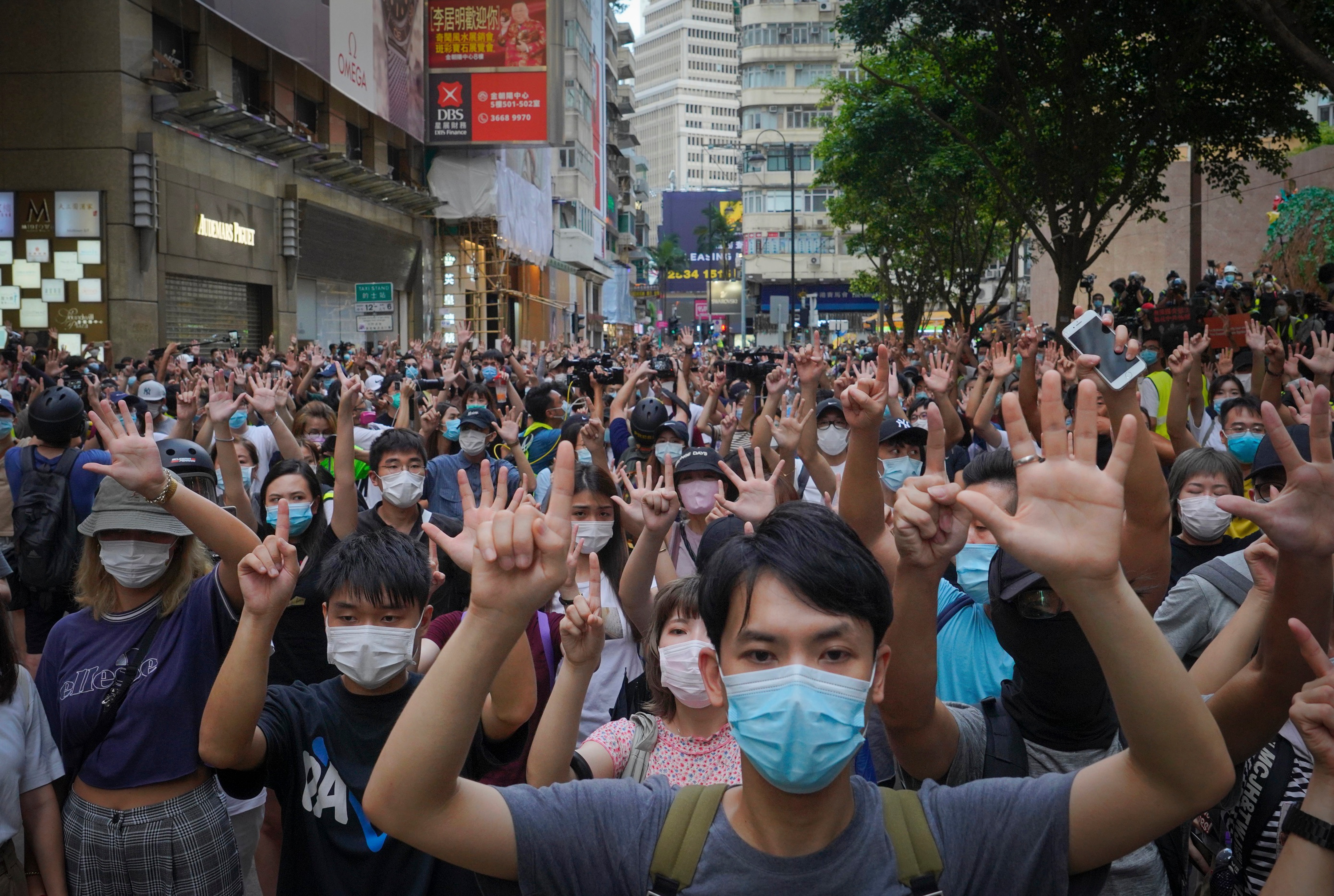 Protesters rally against the new national security law on the 23rd anniversary of Hong Kong's handover to China from Britain.
AP

Britain also said it would push ahead with previously announced plans to extend a possible path to citizenship for some three million Hong Kongers.

Beijing said foreign countries should keep quiet about the law, while Hong Kong leader Carrie Lam hailed the legislation as the "most important development" since the city's return to Beijing's rule.

Gatherings of more than 50 people are banned anyway under anti-coronavirus regulations - even though local transmissions have ended. 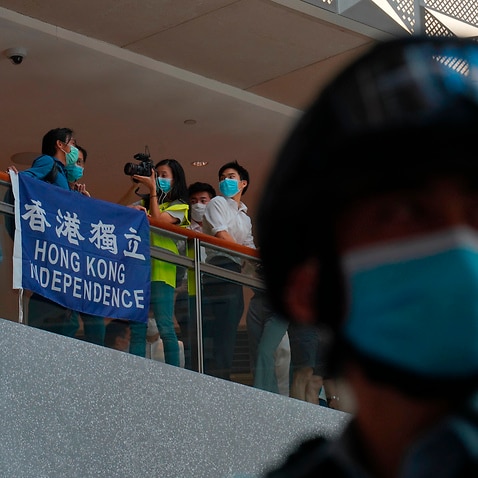 But the 1 July anniversary has long been a polarising day in the city.

Beijing loyalists celebrate Hong Kong's return to the Chinese motherland after a century and a half of what they consider humiliating colonial rule by Britain.

Democracy advocates have long used the handover date to hold rallies as popular anger towards Beijing swells - although this year's event was banned for the first time in 17 years. Police detain a protester after using pepper spray during a protest in Causeway Bay before the annual handover march in Hong Kong.
AP

During huge pro-democracy demonstrations last year, the city's legislature was besieged and trashed by protesters.

The "One Country, Two Systems" formula helped cement Hong Kong's status as a world-class business hub, bolstered by an independent judiciary and political freedoms unseen on the mainland.

But critics have long accused Beijing of chipping away at that status and describe the new security law as the most brazen move yet. It was passed in just six weeks, skipping Hong Kong's fractious legislature, and the precise wording was kept secret until it came into effect late Tuesday.

Beijing says the law will not end Hong Kong's freedoms but critics have little faith in those assurances, given how similar national security laws are routinely used on the mainland to crush dissent.