Thousands of protesters had previously hit the streets, calling for the government's resignation, in the largest demonstration in Lebanon in years.

Public anger has simmered since parliament passed an austerity budget in July to help trim a ballooning deficit and flared on Thursday over plans to tax calls on messaging applications such as Whatsapp, prompting the government to withdraw the deeply unpopular proposal.

The government is weighing a raft of new belt-tightening measures it hopes will shore up its finances and secure the disbursement of $11 billion in aid pledged by international donors last year.

It is expected to announce a series of new taxes as part of next year's budget, which is currently being drawn by ministers. 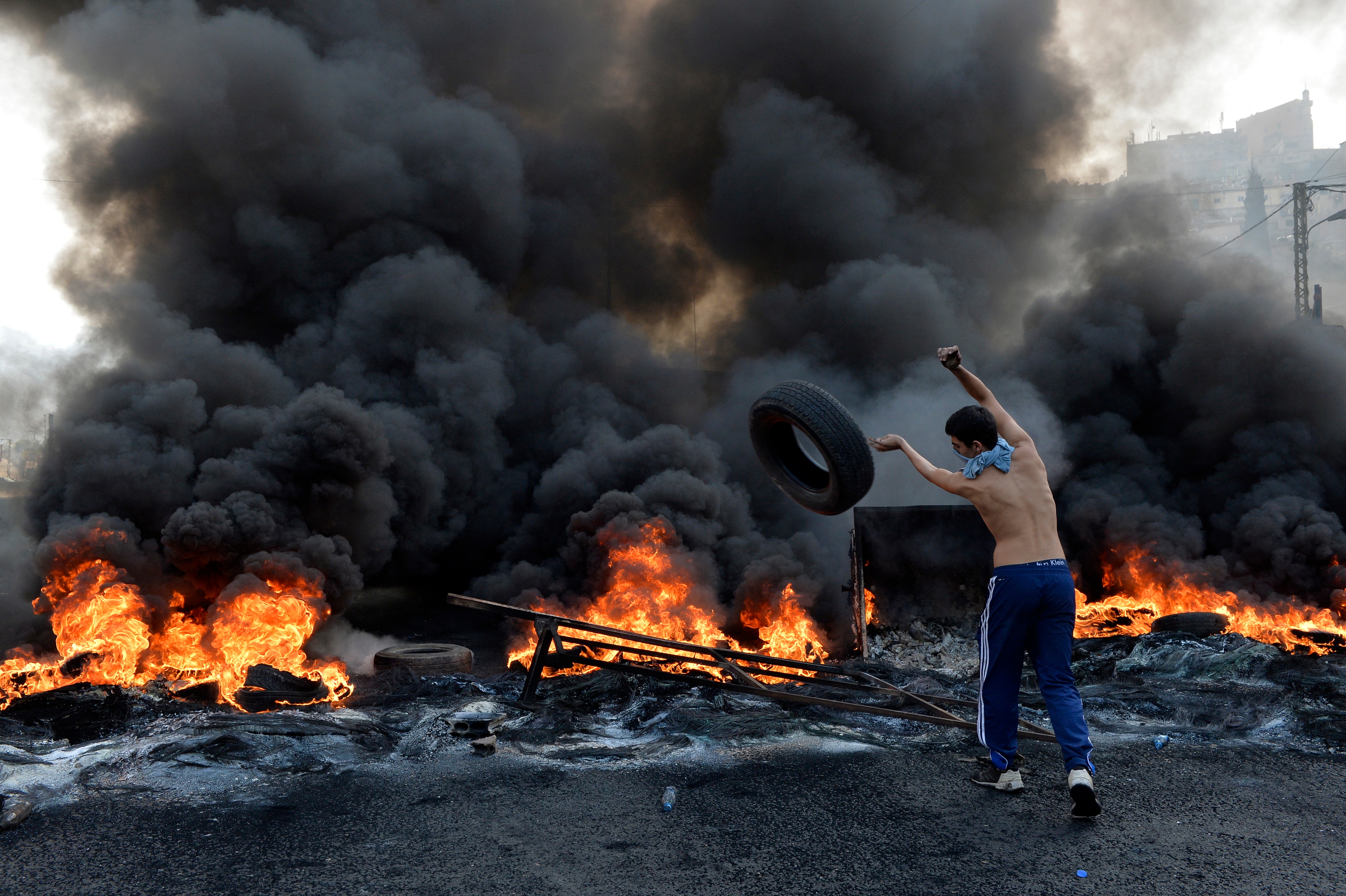 A protester throws a tire on the fire blocking the highway.
AAP

The government announced the cancellation of a planned cabinet meeting as protesters gathered for a second day, the state-run National News Agency reported.

But Prime Minister Saad Hariri was expected to deliver a speech later in the day.

Banks, state institutions, schools and universities were closed as protesters blocked key highways connecting the capital to the rest of the country with burning tires. 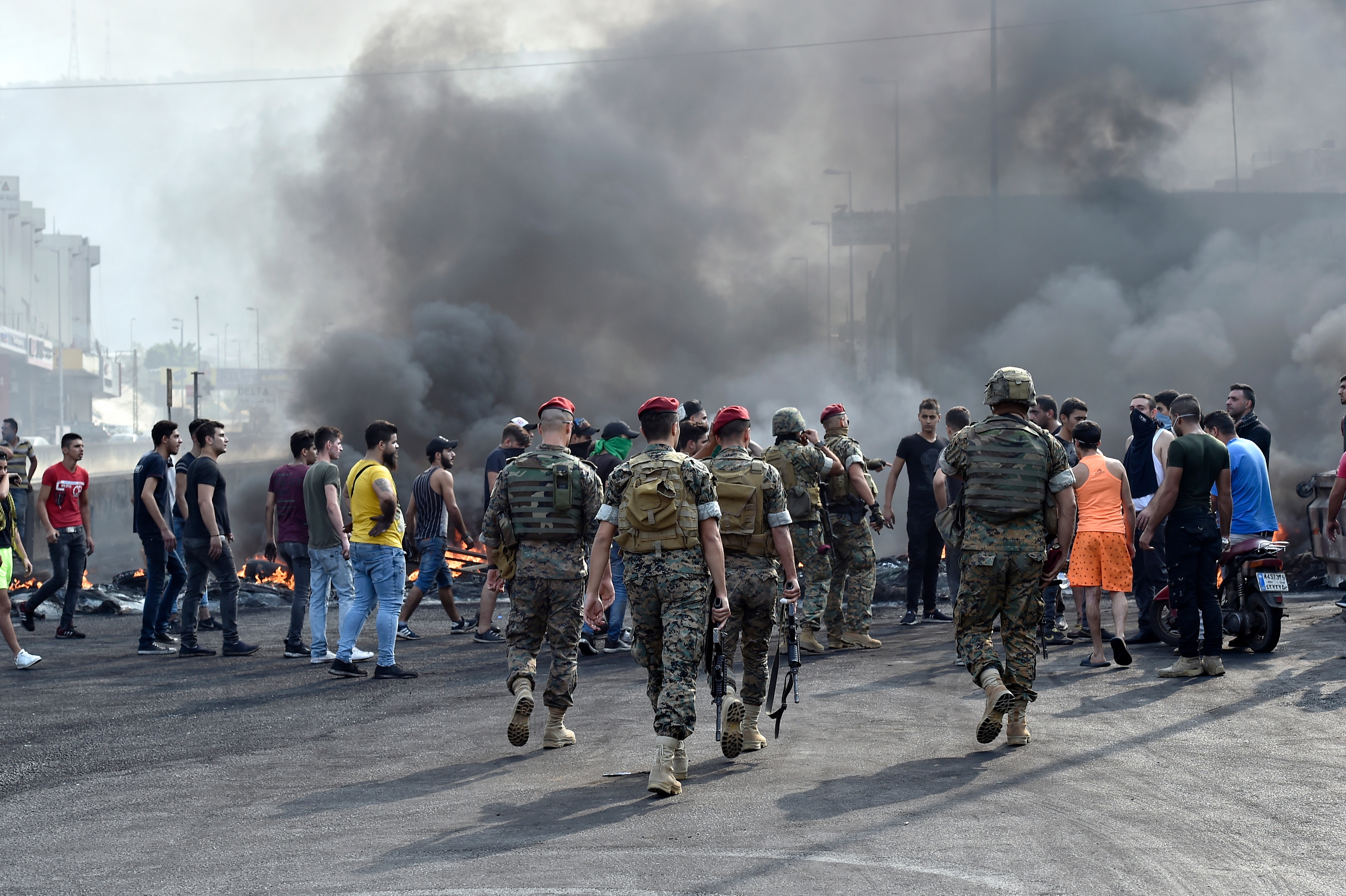 Lebanese soldiers speak with protesters in an attempt to open a blocked road.
AAP

Security forces will take necessary measures to protect the safety of civilians and their property, she said on Twitter Friday.

Dozens gathered near government headquarters in central Beirut, screaming anti-government slogans and denouncing dire living conditions in a country with one of the highest debt to GDP ratios in the world.

A convoy of motorcycles drove towards the interior ministry, followed by dozens of protesters on foot, who chanted the popular refrain of the Arab Spring protests of 2011: "The people demand the fall of the regime." 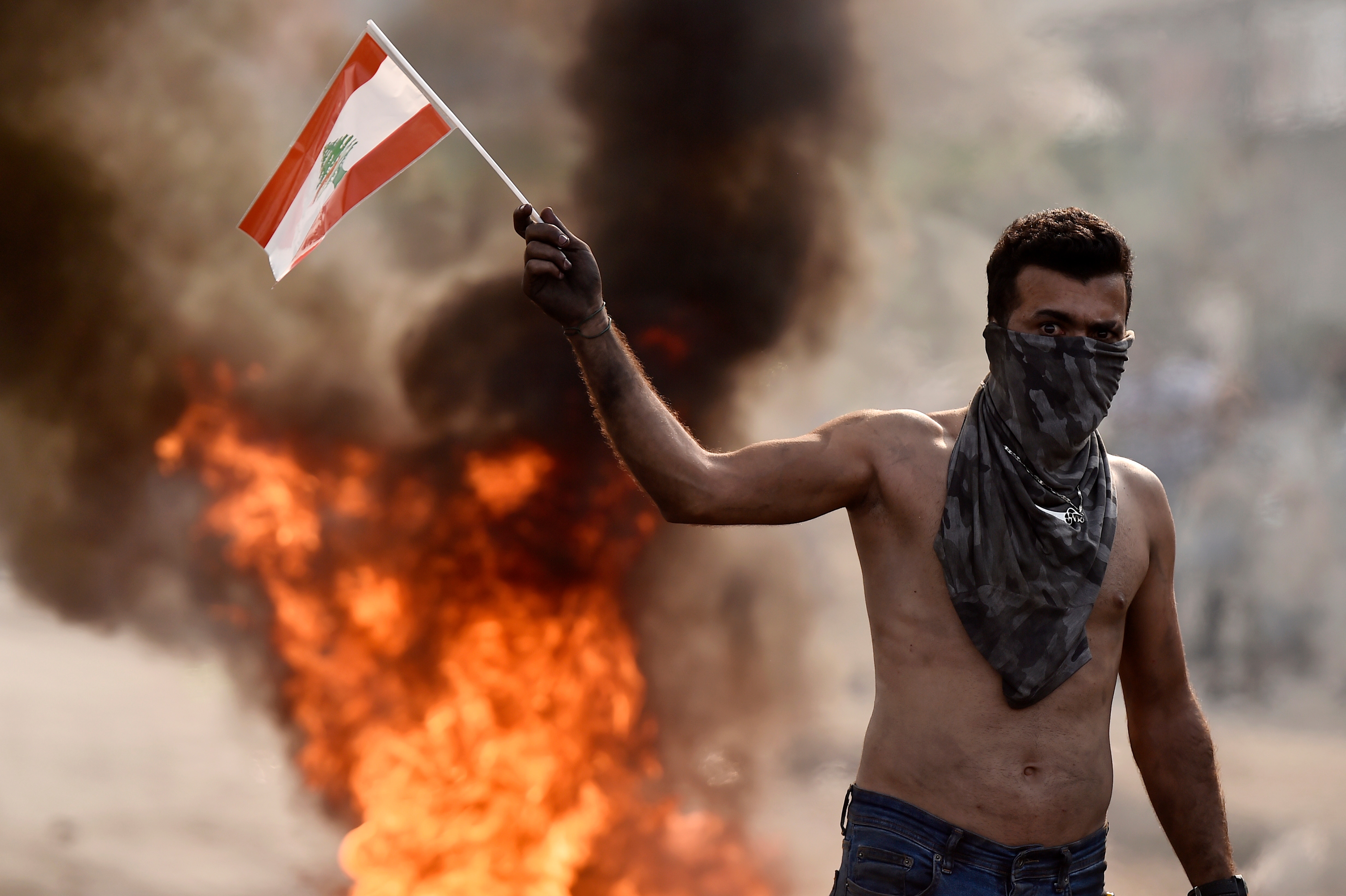 A protester carries a Lebanese flag in front a fire of plastic barriers and trash.
AAP

Protesters also gathered in the southern city of Sidon and in several towns in the east and north. Their numbers were expected to swell through the day.

Demonstrations erupted across the country on Thursday, local time, after the government announced a $0.20 tax on the huge number of calls made on messaging applications.

They are the largest since a 2015 refuse collection crisis sparked widespread anti-government protests.

They come at a time of deep divisions within the government over a raft of issues, including not only the economic reform package but also the allocation of public sector positions and rapprochement with the resurgent Syrian government. 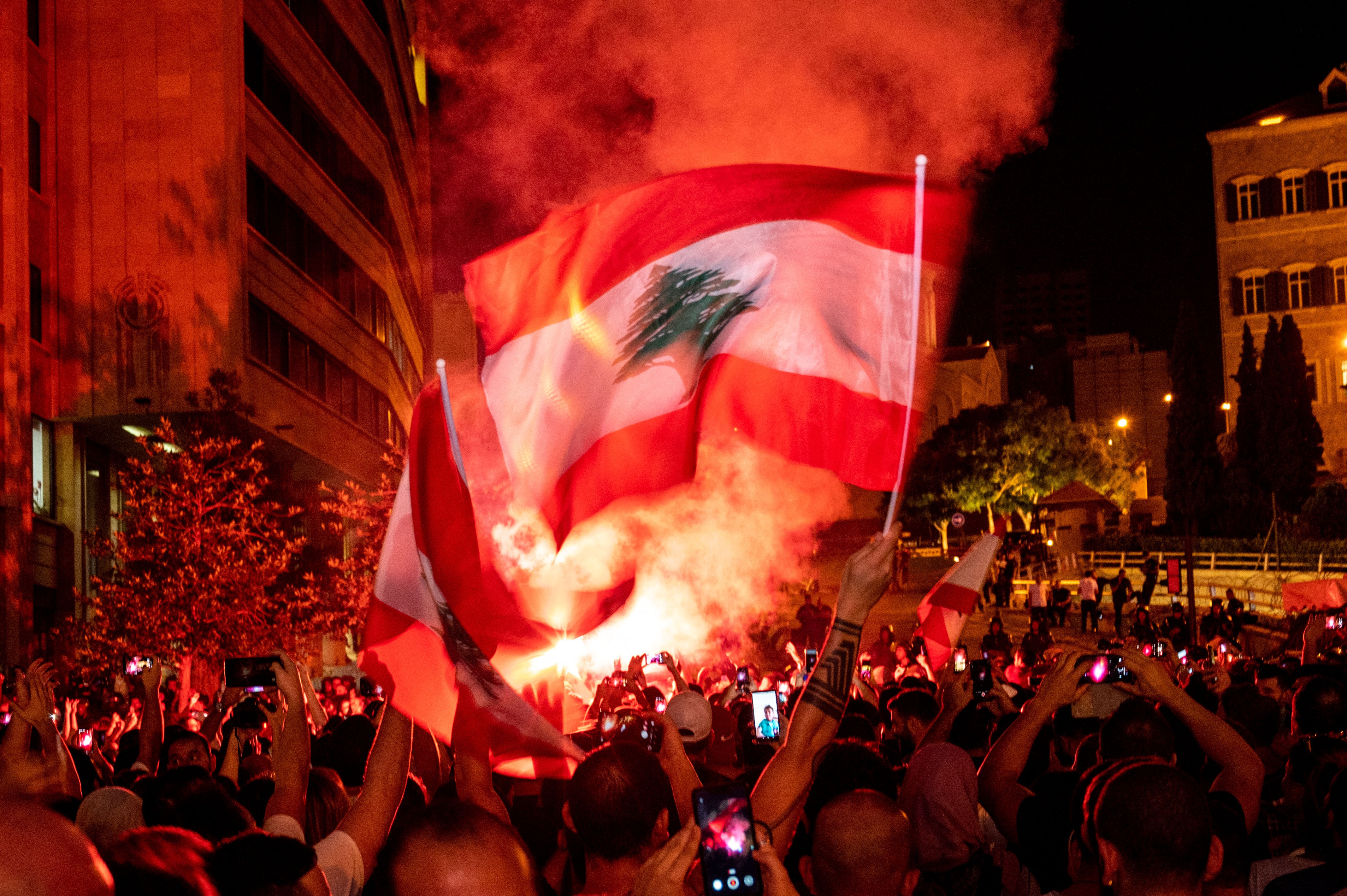 NNA said two foreign workers choked to death early Friday after they were trapped in a building set alight by rioters. Other reports said the two men were Syrian. 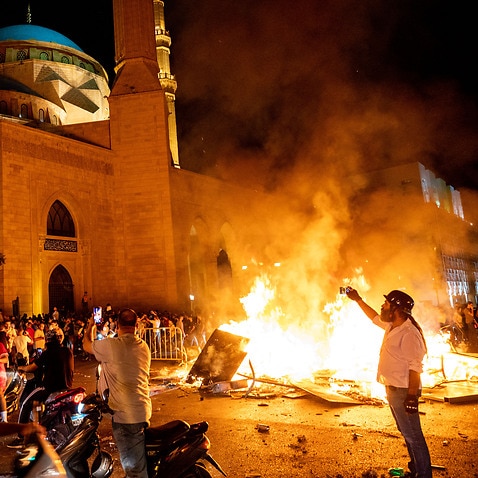 Growth in Lebanon has plummeted in the face of repeated political deadlock in recent years, compounded by the impact of eight years of war in neighbouring Syria.

"Most high-frequency indicators point towards a continuation of weak growth in 2019," the International Monetary Fund said on Thursday.