LGBTIQ+ rights groups have decried the move as a "dark day for human rights" and called on European leaders to raise their voices. 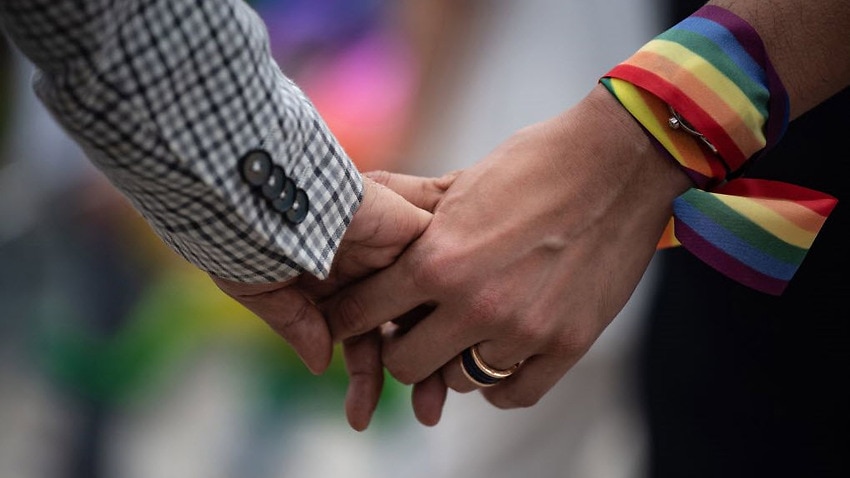 Hungary has amended the definition of family in its constitution Tuesday to allow an effective ban on adoption by same-sex couples. Source: Getty Images

Hungary amended the definition of family in its constitution Tuesday to allow an effective ban on adoption by same-sex couples, another win for the ruling conservatives but decried by one pro-LGBTIQ+ group as “a dark day for human rights”.

The nationalist Fidesz party of Prime Minister Viktor Orban has worked to recast Hungary in a more conservative mold since winning a third successive landslide in 2018, and anti-gay verbal attacks and legislation have become common.

In recent years, Mr Orban - facing a unified opposition for the first time - has doubled down on propagating his increasingly conservative ideology, deploying strong language against immigrants and Muslims who he says could upend European culture.

Read More
In a new squeeze on LGBTIQ+ rights, Hungary tightens its constitutional definition of gender

The new Hungarian constitutiondefines family as “based on marriage and the parent-child relation. The mother is a woman, the father a man.” It also mandates that parents raise children in a conservative spirit.

“Hungary defends the right of children to identify with their birth gender and ensures their upbringing based on our nation’s constitutional identity and values based on our Christian culture,” it says.

Hungary has never allowed gay marriage but still recognises civil unions. Adoption by gay and lesbian couples was possible until now if one partner applied as a single person.

Although there are exceptions when single people or family members can adopt children, “the main rule is that only married couples can adopt a child, that is, a man and a woman who are married,” Justice Minister Judit Varga wrote.

The legislation passed on Tuesday follow the passing of a new law earlier this year banning gender change in personal documents and ideological battles over children’s books showing diversity positively.

Nearby Poland’s ruling nationalist PiS party also made homophobia a key plank of its campaign in an election this year, endorsing “LGBT-free zones” despite European Union criticism.

As per the new law, single people in Hungary must get their adoption requests approved by the family affairs minister, a post held by ultra-conservative Katalin Novak, who promotes the traditional family model.

Rights groups denounced the changes and called on European leaders to raise their voices.

Hungary and Poland last week escaped the immediate prospect of losing EU funding because of rights transgressions seen as contrary to the European mainstream, leaving potential counter-measures weakened and delayed in time.

“We are deeply concerned for the health and safety of trans children and adults in Hungary in such a hostile climate,” Mr Davis said.

Katrin Hugendubel, advocacy director at international gay rights group ILGA, said the changes meant “LGBTI children will be forced to grow up in an environment which restricts them from being able to express their identities".