The United Nations World Food Programme says pockets of famine-like conditions have returned to Yemen for the first time in two years.

Malnutrition in conflict-hit Yemen has reached record levels, narrowing the window of opportunity to prevent a famine, the UN said on Thursday, as the coronavirus and funding shortfalls threaten a humanitarian perfect storm.

The number of people facing the second highest level of food insecurity in Yemen is set to increase from 3.6 million people to five million in the first half of 2021, the United Nations World Food Programme (WFP) warned.

Yemen, which since 2014 has been gripped by a war between Iran-backed Huthi rebels and a beleaguered government supported by a Saudi-led military coalition, faces the world's worst humanitarian crisis.

"Pockets of famine-like conditions have already returned for the first time in two years," WFP said in a statement.

"The number of people experiencing this degree of catastrophic food insecurity could nearly triple from 16,500 currently to 47,000 people between January and June 2021."

WFP executive director David Beasley said the "alarming numbers must be a wake-up call to the world".

"Yemen is on the brink of famine and we must not turn our backs on the millions of families who are now in desperate need," he added.

The UN warned in July that nearly one in nine people in the world are going hungry, with the novel coronavirus pandemic and climate-related shocks exacerbating already worsening trends this year. 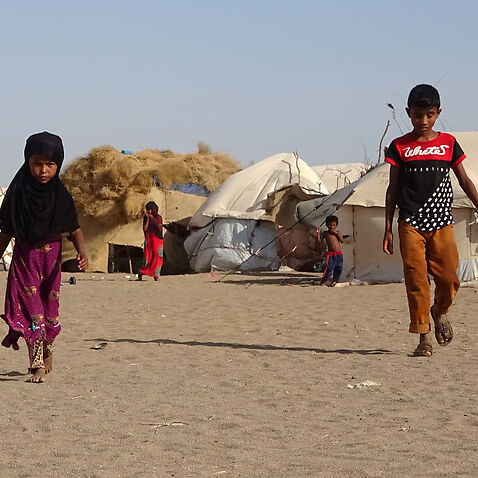 In Yemen's children's wards, the evidence of the crisis is clear, with skeletal children crying weakly as anxious families hover over them.

Many parents also now fear their children are at risk of contracting the COVID-19 virus if they are hospitalised and are reluctant to send them to clinics for treatment.

UN relief efforts in Yemen have been squeezed by funding shortfalls - only $1.43 billion of the $3.2 billion needed for aid projects in the country had been received by mid-October. 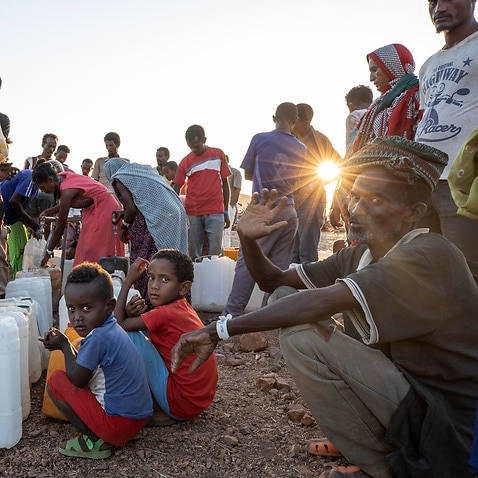 In September, the UN said critical aid had been cut at 300 health centres and more than a third of its major humanitarian programmes had been reduced or shut down entirely.

Several Arab donors, including Saudi Arabia, have failed to deliver on their aid pledges, a UN official told the Security Council at the time, as donors face their own economic troubles amid the pandemic crisis.

Before the war erupted, Yemen was already the poorest country in the Arabian Peninsula, and with its economy now in tatters, some 80 percent of the population depends on aid to survive.

"Yemen needs a cessation of conflict, which is the primary driver of food insecurity in the country."