Nicky Winmar's fight against racism has been immortalised following the unveiling of a statue at Perth's Optus Stadium.

AFL great Nicky Winmar hopes the unveiling of a statue in Perth depicting his famous stance against racism will help encourage more dialogue and education on the issue within Australia.

Aboriginal football greats, the AFL and the Western Australia state government joined forces on Saturday to unveil the Winmar statue at Optus Stadium.

The 2.75m statue recreates the moment Winmar lifted up his jumper and pointed to his skin after copping racist abuse from Collingwood fans in 1993. 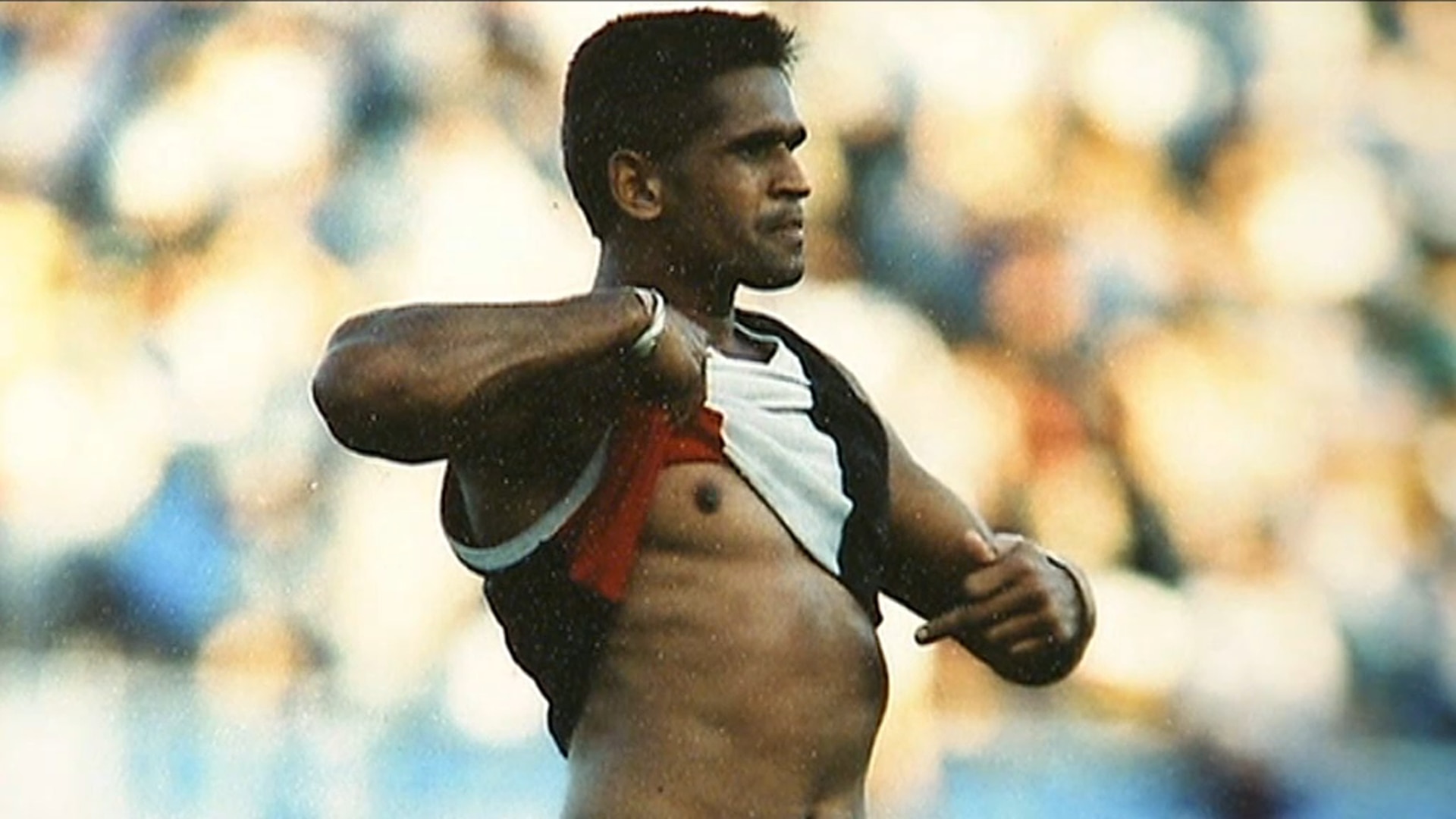 Wayne Ludbey took the iconic photograph that has now been immortalised in the form a bronze statue.
Wayne Ludbey

The moment has become an important moment in Australian history as the country attempts to rid itself of racist behaviour.

"It's a surreal thing to be a part of and it's something my family are very proud of," former St Kilda star Winmar said at the statue unveiling.

"I hope this statue encourages more conversations and education about Aboriginal and Torres Strait Islander history and culture."

"I was concerned about my welfare and the abuse was intense... it was really disgusting. It was an attack on my family and me. They attacked who I was... Something I could not change.

But some good things come out of it."

— Nicky Winmar on Round 4, 1993 at Victoria Park. pic.twitter.com/UNEqmBsg9K

"There are moments in sport that capture the public imagination and transcend the game - and Nicky Winmar's defiant stance proclaiming his pride about his Aboriginality is one of those moments," McLachlan said.

"We are very proud of this statue, and thankful to the Western Australian Government for helping make this happen."

Winmar and Aboriginal teammate Gilbert McAdam had been subjected to relentless racist abuse from sections of the Victoria Park crowd throughout that match in 1993. 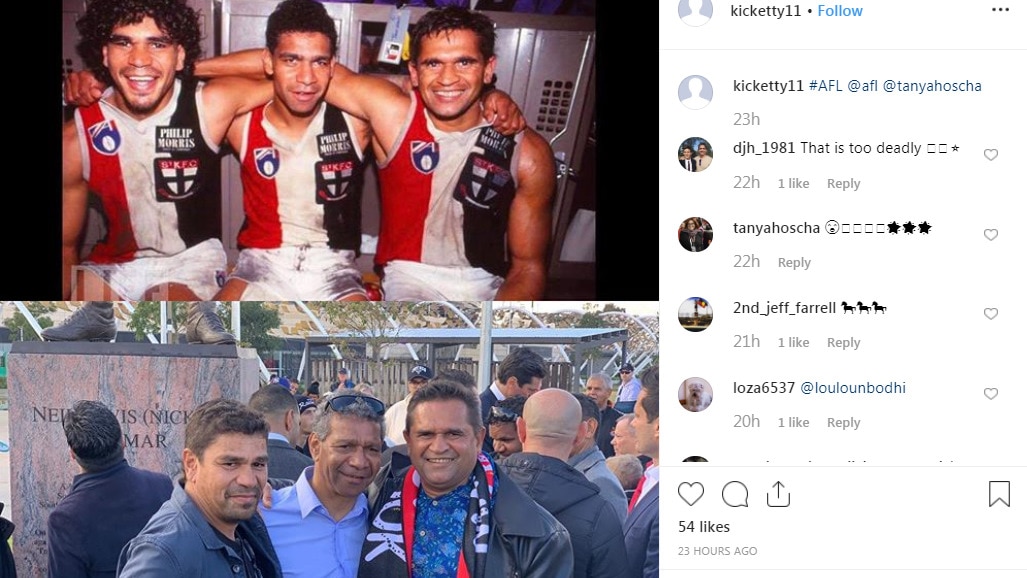 The image of Winmar lifting up his shirt has since become a powerful symbol of Aboriginal pride and opposition to racism in Australian sport.

"But this defining action also propelled him into the arena of social justice," Mr Wyatt said.

"Nicky's actions that day have inspired countless other young people both in sport and in life to stand up and be proud of yourself and your heritage."