Singer Montaigne will represent Australia at the iconic Eurovision Song Contest when it returns next year. 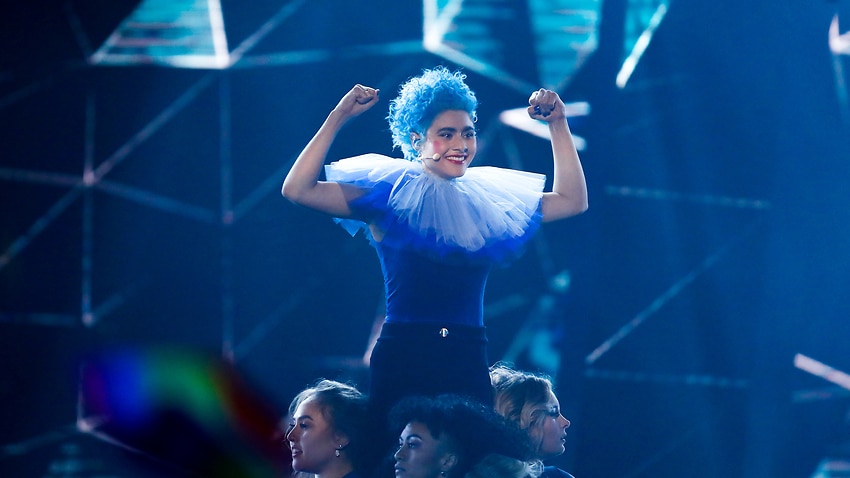 Despite the coronavirus-induced cancellation of the 2020 Eurovision Song Contest, singer-songwriter Montaigne will still get a chance to represent Australia at the iconic competition.

The Sydney-based performer, whose real name is Jessica Cerro and won the right to represent Australia at the 2020 event by winning SBS’ Eurovision – Australia Decides in February, was confirmed on Thursday morning as the country's entrant for the 2021 competition.

“I’m so happy to receive this good news during such times," Cerro said.

"At home, we’ve started this ritual of cracking open a fortune cookie daily and reading our fortunes to each other and I got one that read, 'You will be sharing great news with all the people you love'. I’m so glad it came true!”

Very grateful to announce that I’ll still be representing Australia at Eurovision 2021 ^____^ thank you to @SBS & to you all for the support, it’s been super nice during wack as hell times. keep streaming Don’t Break Me so it gets its dues before it’s superseded by a new banger!! https://t.co/qy0BzHEXSQ

But Eurovision rules stipulate all of this year's 41 songs, which have already been released as singles, can't be performed in 2021.

It means Cerro will not be able to perform Don’t Break Me, the song that saw her take out Eurovision – Australia Decides.

"I'm very keen to make new music, to produce a new song and figure out a new performance for next year," she said in a video posted to social media.

"I'm sad that I couldn't do this year's (song) though, because I thought that was going to be really cool, but I'm really happy to get another chance at it."

In a post to Twitter, Cerro asked fans to "keep streaming Don’t Break Me so it gets its dues before it’s superseded by a new banger".

"Our focus will now shift to a new song for 2021 and Montaigne is not wasting a moment of this period of isolation with many new ideas already on the table," he said.

The 2020 Eurovision Song Contest is one of many high-profile musical events to be cancelled this year because of the coronavirus pandemic, including the Edinburgh Fringe Festival and Britain's Glastonbury music festival.