“The feeling was incredible, you know, walking out onto the field I was just so honoured to be there in the first place,” Ms Fox told SBS News. 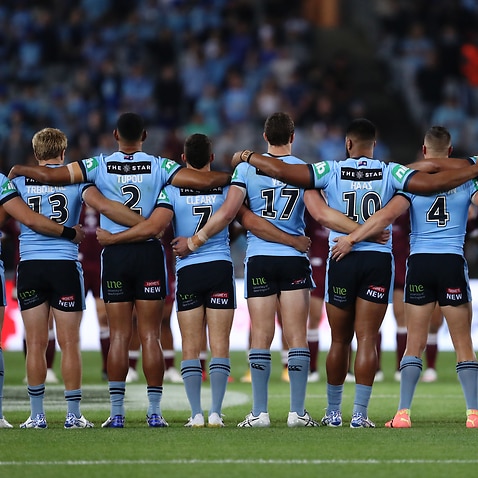 As more Australians back calls to change the national anthem, this is how it would work

Comment: Young and free? Why I declined to sing the national anthem at the 2015 AFL Grand Final That is one incredible national anthem @wallabies! As an athlete every time the Australian anthem is performed it should be done this way. I would love to win a gold medal and hear this playing loud and proud, so so inspiring.

I want to live in an Australia where THIS is our every day.

This is the BEST Australian sporting moment I have ever seen!
Well done @wallabies #AUSvARG https://t.co/GmMyYPpn87